Hagai Levi at the premiere of "Scenes From A Marriage" at the Venice International Film Festival, Sept. 4, 2021. (Vittorio Zunino Celotto/Getty Images)

(JTA) — Of all the people to interview on Rosh Hashanah, the Israeli writer and director Hagai Levi is especially fitting.

A respected creator in Israeli and American TV, he is known for shows that dramatize two people talking in a room, much as we were doing ourselves, albeit over Zoom. HBO’s “In Treatment,” for example, the American version of his Israeli show “BeTipul,” is comprised entirely of sessions between therapist and patient. “Scenes From a Marriage,” Levi’s latest for HBO and another two-hander, solidifies him as an expert of the televised intimacy piece.

When I caught him for our own tête-à-tête, I imagined he would be in Israel celebrating the Jewish New Year. After wishing each other a “Shanah Tovah,” he held up his laptop to reveal his view of a boat floating down a green canal. He was in Venice for the premiere of “Scenes From a Marriage,” a remake of Ingmar Bergman’s classic 1973 Swedish miniseries about the vicissitudes of a couple’s relationship in the years surrounding their divorce. The series is a foundational reference for artists interested in depicting intimate relationships, so it’s no wonder that it’s a favorite of Levi’s. When Levi referred to it as a primary inspiration for “BeTipul,” Daniel Bergman, the director’s son, called on him to adapt it.

Levi, 58, had just spent three hectic days celebrating the miniseries’ premiere at the Venice International Film Festival, the scene of Oscar Isaac and Jessica Chastain’s viral red carpet arm caress (they star as the series’ sizzling, tortured couple). He stayed to celebrate the Jewish holiday and attended synagogue with his children in the neighborhood still called the Venice Ghetto. His father’s family was in Italy for many generations, and he considers the country a second homeland. His father, Rabbi Joseph Levi, was born in Israel but moved back to Italy and served as the head rabbi of Florence for more than three decades.

“My Jewish Italian roots are very important to me. It’s an important part of my identity,” Levi said. 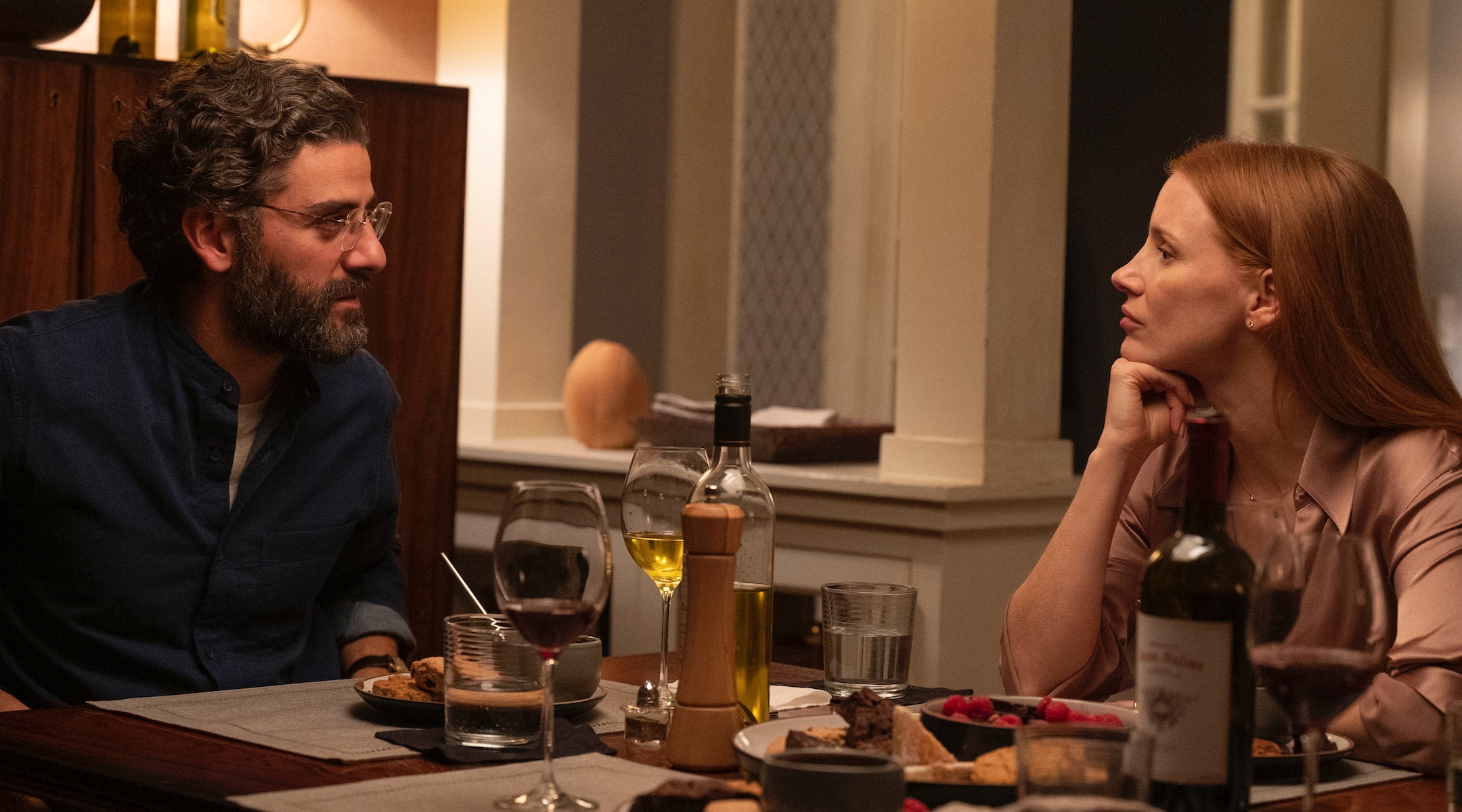 Oscar Isaac and Jessica Chastain in “Scenes From a Marriage.” (Jojo Whilden/HBO)

Levi, 58, speaks directly and thoughtfully in his Hebrew-accented English, without the Hollywood bluster that one might expect of a TV creator of his prominence who works so prolifically in both Israel and the States. In fact, Levi has resisted any pressure to move to Hollywood — perhaps in part because of his name. “Hagai” begins with the not particularly English-friendly “chet” sound, and when I opened the interview with “Hi Hagai,” he responded, “It’s so nice you can pronounce my name!”

So he has continued to live in Israel, where he created the dramas “The Accursed” and “Our Boys.” The latter, an HBO-Keshet Studios production he co-created with the Israeli-American filmmaker Joseph Cedar and Palestinian filmmaker Tawfik Abu-Wael, was a subtle and devastating depiction of the 2014 kidnapping and murder of Mohammed Abu Khdeir. His other best-known American work might be “The Affair,” an acclaimed Showtime drama examining an extramarital affair from multiple perspectives.

It was not a given that Levi would become a writer-director. He grew up Orthodox in Israel, not far from Modi’in on Kibbutz Sha’alvim, which he describes as the country’s “most religious kibbutz.” He attended a yeshiva, studying Talmud half the day and secular studies the other half. His introduction to film came as a teenager when he served as a censor for movies shown at the kibbutz, editing films for risqué scenes and profane language.

“I had techniques to censor it. I would take it out of focus, or turn off the sound, or take it off the projector, roll it, and then put it back on after two or three minutes when it was kosher again,” he recalled. “I was better than people in other kibbutzim, where they would cut the film. I never did that.

“Westerns were very popular. They’re very kosher films if you think about it, mostly men doing things people on a kibbutz know well: dealing with cows. I tried to bring in some art films, like French New Wave, which no one wanted to see, really, but me.”

Before his mandatory army service, he studied psychology at Bar-Ilan University. It was in the army that he left religion, a years-long process. After the military he attended film school at Tel Aviv University.

“It took me many years to think that I could do that. It was like crossing a huge ocean. It wasn’t plausible in any way,” he said of taking the leap into filmmaking. His first feature was about religious Italian Jews in Jerusalem. “I realized after that I didn’t have enough tools yet to make a feature film. So I saw television as a way to practice until I did cinema again.

Since the American adaptation of “In Treatment,” which premiered in 2008, Israel has been a fruitful source of series and formats in the competitive, globalized landscape of Hollywood TV production. The numerous examples include “Homeland,” “Euphoria,” “Fauda,” “Losing Alice,” “Valley of Tears” and “Shtisel.” Levi launched the trend.

“Hagai was definitely a trailblazer in regard to the Israeli television export,” said Avi Nir, the CEO of the Israeli media group Keshet Broadcasting. Levi was Keshet’s head of drama when he made “BeTipul,” which along with coming to American TV has been adapted in 20 countries.

“I think Hagai drew attention to the unique sensitivity of storytelling that exists within Israel,” Nir added. “He personifies the auteur, the creator who is not, you might say, as industrial as some other creators, some American creators, who are very attuned to the ratings. He creates from a different place.

“On the one hand, he’s very aware of the platform, the viewer, and the need to communicate. And on the other hand, he’s very, very loyal to his characters. Their psychology. This is very unique about Hagai. He’s a very thoughtful, sensitive and savvy creator.”

Levi’s work is often imbued with a moral haziness, an overwhelming and sometimes paralyzing ambiguity that comes from a deep conflict of perspectives (“Rashomon” was an early inspiration for “The Affair”). It usually asks more questions than it answers. “Scenes From a Marriage” is no different.

“Even though it is someone else’s creation, it is my most personal work maybe,” Levi said. 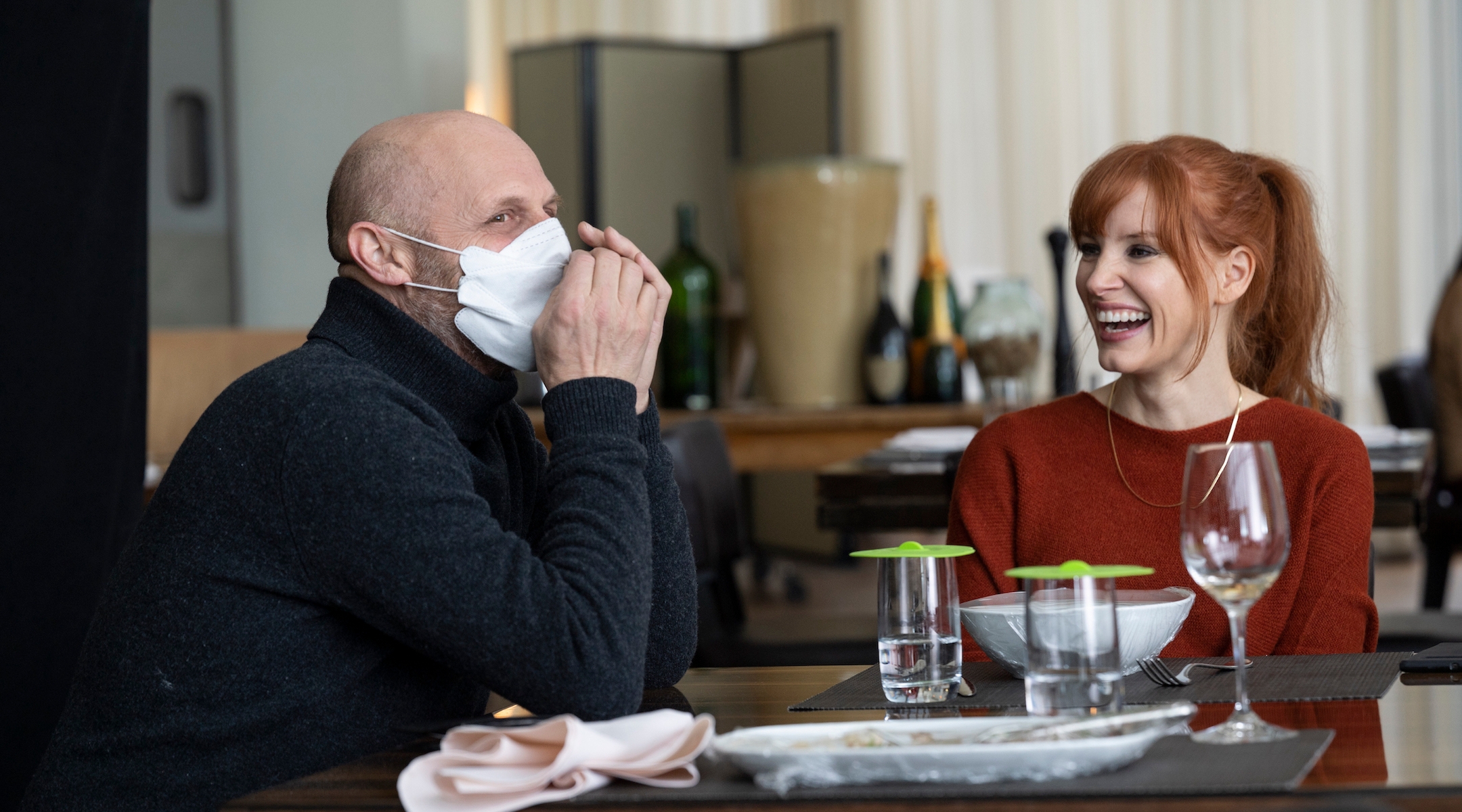 He has much in common with Jonathan, the philosophy professor character played by Isaac. The character is also a formerly Orthodox Jew, which is one of the biggest differences from the Bergman original. Levi related to “a lot of Jonathan’s details: ex-religious, the hard years after leaving the religion. The morning pages Jonathan reads, I took from my own diaries, kind of. And I’ve been through divorce. I know the price that kids pay. I had a lot of material to bring to it.”

In those morning pages, Jonathan speaks about his anxiety, his tendency to get lost inside himself. Levi has said in interviews that he struggled with panic attacks after leaving religion, which was one of the reasons he became interested in therapy — the practice and the subject. The themes of intimacy bring up the concept of havruta, the two-person rabbinic approach to learning Talmud, in which students analyze, debate and interpret together in partnership.

“It’s a very interesting theory. Because in a way I need to answer the question, why am I so obsessed with dialogues with two people talking?” he said.

“Most people think in a yeshiva you have a lecture, but most of the time you’re alone, learning along with someone who is your partner. Together you are having this dialogue, trying to understand something about the Gemara, the Talmud, but also about the world. About everything. I’m just thinking about it now that you can become very lonely in those issues. To find someone to have a dialogue with, it’s … it’s a miracle.”

In “Scenes From a Marriage,” Mira (Chastain) leaves Jonathan for an Israeli character, a young, confident tech guy who is the foil to Jonathan’s American, formerly religious Jew. I interpreted it as a play on the mythology of two longstanding Jewish archetypes: the Old Jew — studious, diasporic, intellectual and inhibited; and the New Jew, the Israeli macho, confident and physically strong. Finding these references to deep, niche questions of Jewish identity in a star-studded American drama was like finding the afikomen in a bodega. Was it intentional?

Hagai’s face lights up at the mention of this dichotomy.

“I’m so happy – you have no idea – I’m so happy you noticed that,” he said. “It’s one of those things you do and you hope that other people, especially Jews, [will notice].

“You know, I’m always asked about being an Israeli creator. And I always say I feel much more Jewish than Israeli. It’s the more dominant part of my identity. When I’m abroad, I always go to the synagogue. And yes, I totally prefer the Old Jew to the New Jew. The New Jew is ignorant or self-confident for no reason. Or he’s somewhere in the hills of the West Bank. So I really am proud to be an Old Jew — with all the baggage that comes with it.”

—
The post Hagai Levi’s ‘Scenes From a Marriage’ is the Israeli creator’s most personal HBO series yet appeared first on Jewish Telegraphic Agency.