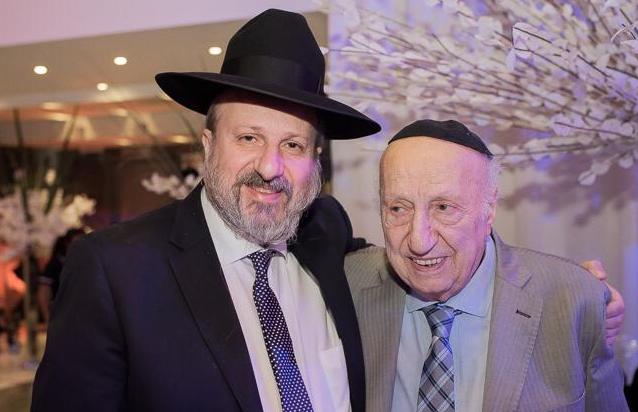 BUENOS AIRES (JTA) — Rabbi Gabriel Yabra was an expert in kosher supervision — not just in the religious laws around Jewish dietary practices, but in the chemical processes of modern food production. For decades, he was the director of UK Kosher, a Buenos Aires-based kosher certification agency that is the largest is the Spanish-speaking world.

He was inspired in this line of work by his father Roberto, a pioneer in the kosher food market who brought many kosher food products from the United States and Israel to Argentinean Jews.

A father of eight, Gabriel Yabra died April 1 of COVID-19 at a private medical center in Buenos Aires. He was 55.

Just over two weeks later, his father Roberto Yabra also succumbed to the disease on April 17. He was 85.

The men were buried side by side at the Bene Emeth Sephardic cemetery outside Buenos Aires.

Roberto’s wife Teresa, 79, is also in the hospital battling COVID-19.

After Roberto’s death, stories emerged of the people he had quietly helped during his life. His son Claudio recalled a phone call his father had once received about a young couple who sought to marry but didn’t have the means to furnish a home. Roberto hung up the phone, called a truck and packed it with furnishings from his own home.

“We slept on the floor and some days later we received new furniture,” Claudio recalled.

“Sometimes we received some comments and information about some stories of help that my grandfather did and we doubted if these strange versions were exaggerated,” Isaac Hilel Yabra, Roberto’s grandson, told JTA. “But now there are non-stop messages about those stories and we realize that they are true but Roberto never spoke to us about them.”