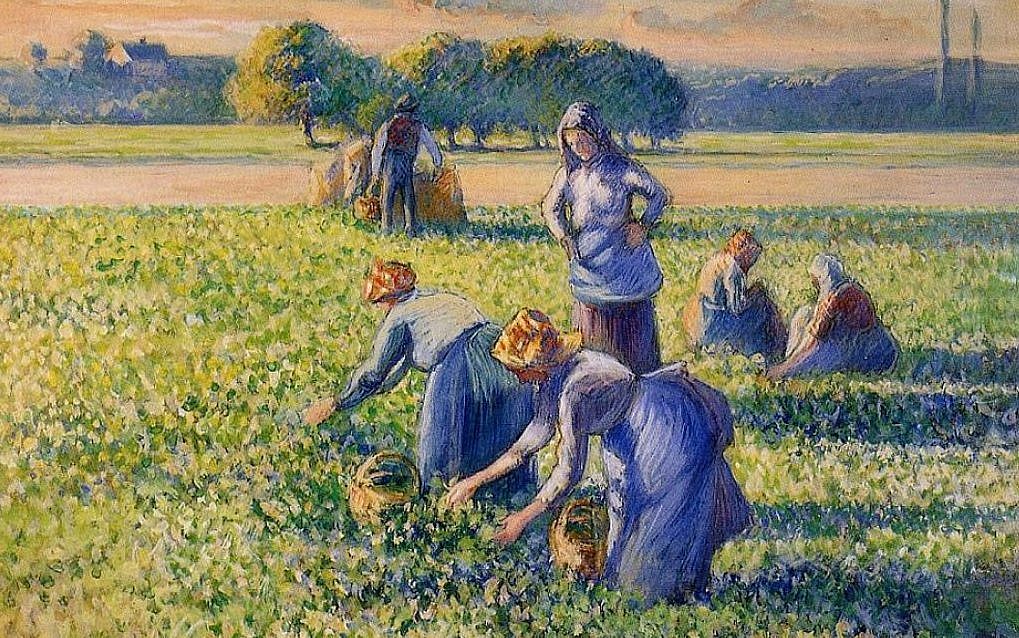 “Picking Peas” by Camille Pissarro was seized in 1943 by the Nazi collaborationist French government. (Wikimedia Commons)

(JTA) — A French court has ordered that an 1887 Pissarro painting be returned to the heirs of its Jewish owner after rejecting an appeal by an American couple who had sued to retain ownership.

The current owners, Bruce and Robbi Toll, had lent the artwork, “La Cueillette des Pois,” or “Picking Peas,” to the Marmottan museum in Paris, where it was discovered by relatives of Simon Bauer, a wealthy businessman whose assets, including 93 paintings, were seized in 1943 by the wartime French government that collaborated with the Nazis.

In May, a Paris court granted the Bauer descendants’ request to have the painting impounded while waiting for the court to rule on ownership rights.

In a statement reported by the French news agency AFP, Bauer family attorney Cedric Fischer said the ruling was significant because it “gives victims of the savagery committed by the Vichy government the right to recover their looted possessions without a time limit.”

The Tolls, who are patrons of Holocaust museums in both the United States and Israel, bought the painting at an auction at Christie’s in New York in 1995 for $800,000 and have said they were unaware that it was stolen.

“They do not consider that it is up to them to pay for the crimes of the Vichy regime,” their lawyer said last year.

Approximately 100,000, or less than one-sixth, of the artworks looted by the Nazis have been returned to date.