NEW YORK (JTA) – When the board of directors of the Claims Conference — which handles German compensation for Nazi atrocities against Jews — gathers next week in New York for its annual meeting, controversy again may lead the agenda.

This time the cause is an angry letter sent to the board on June 29 by Shmuel Hollander, the independent ombudsman the Claims Conference appointed three years ago in the wake of a $57 million fraud scandal that rocked the organization and resulted in numerous arrests and prison sentences.

Hollander was recently informed that his contract would not be renewed, and in his letter he accuses Claims Conference chairman Julius Berman of terminating him in a June 3 phone call because of the report Hollander oversaw two years ago.

The report provided an account of how the Claims Conference botched an opportunity in 2001 to detect the fraud scheme and called for changes to the organization’s structure, administration and management. (After it was submitted, two of the four Claims Conference committee members charged with producing the report disavowed it and resigned).

Hollander in his letter also accuses the Claims Conference’s professional head, Greg Schneider, of obstructing his work and says the final fraud figure likely is “much higher” than $57 million. 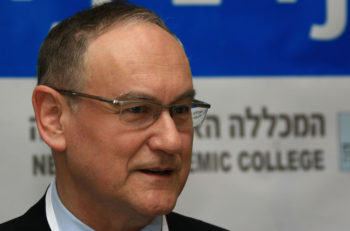 The fraud — discovered in 2009 by Claims Conference officials, who then alerted the FBI — involved employees who falsified applications to the Hardship Fund. The fund provided one-time payments from Germany of approximately $3,360 to those who fled the Nazis as they moved east through Germany, and the Article 2 Fund, through which the German government gives monthly pension payments to needy victims of the Nazis.

The Claims Conference is charged with extracting restitution from Germany and Austria on behalf of Holocaust survivors; restitution from other countries is handled by the World Jewish Restitution Organization.

Berman says Hollander’s letter contains outright falsehoods, such as that he was terminated in the June 3 phone call. Berman argues that the notion that Hollander is being fired for a report he produced two years ago makes no sense, since he was given an 18-month contract extension about six months after the report was submitted.

Rather, Berman told JTA, it became clear in the last few weeks that Hollander would have to go, in part because of his apparent irrationality and inability to work with Schneider. The Claims Conference plans to hire a new ombudsman to replace Hollander, who lives in Israel.

“Until this happened, I didn’t consider him a kook at all,” Berman said. “I am surprised as to the difference between how he relates to a person one-on-one and how he writes his letters. It’s like he’s a different person.”

Berman said his recent interactions with Hollander prompted him to decide not to meet with him unless there was a third party in the room.

Hollander told JTA that all of this could have been avoided if Berman had met with him and offered a respectful parting of ways rather than firing him by phone.

“I’m very much offended and hurt by the way they did it,” Hollander said. “Let’s separate like friends and decide on a date not in three weeks but give me a couple of months. Do it in a nice, proper way like it’s supposed to be, not to call me after a long time that you refused to speak to me or meet with me.”

Asked if he would have stayed silent about the other allegations of inappropriate behavior outlined in his letter if his termination had been amicable, Hollander said he probably would have informed the board at some point.

“I was really hoping that things would change. I tried to convince Mr. Schneider that I really wanted to work in a professional way and cooperate with the organization,” Hollander said. “Sooner or later, if I would come to the conclusion that it’s all a lost cause, of course I would have resigned.”

Schneider declined to publicly address Hollander’s accusations about obstructionism except to say they are untrue.

He also rejected Hollander’s claim that the fraud figure is much higher than previously reported. “Since the 2013 trial there’s been no new discovery of fraud – period,” Schneider said.

READ: Can Greg Schneider steer the Claims Conference past a $57m fraud? (2012)

All this threatens to eclipse the Claims Conference’s negotiating successes vis-à-vis Germany over the last two years, which have resulted in widening the eligibility criteria for all sorts of compensation programs and banner years for payouts to survivors. In 2014, the Claims Conference paid out $760 million, a record amount for the world’s 200,000 or so remaining survivors, according to Schneider, and this year it anticipates $900 million in payouts.

In addition to increasing payouts, the Claims Conference has managed to recover about $10 million so far from ineligible individuals who received fraudulent payouts during the two decades the fraud was underway, Schneider told JTA. That brings the total damage of the fraud down to about $47 million. It’s virtually impossible to ascertain a precise dollar figure because the fraudulent payouts were made in foreign currencies, which have constantly fluctuated in dollar value between 1993 and 2009, when the fraud was taking place.