“Facts and the pursuit of truth are important things in the work I do, so it was important that this mistake be corrected,” says the former Israeli ambassador to the United Nations. 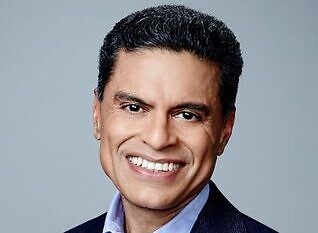 (Israel Hayom via JNS) Fareed Zakaria, the anchor of CNN’s popular “GPS” international news show, has apologized to Jerusalem Center for Public Affairs president Dore Gold for an erroneous report in his show.

On July 25, during an interview with King Abdullah of Jordan, Zakaria claimed that Gold, former director-general of the Israeli Foreign Ministry and former Israeli Ambassador to the United Nations, said “Jordan needs to start thinking of itself as the Palestinian state. In other words, there is a two-state solution. The Palestinian state is Jordan.”

Zakaria also tweeted the alleged statement on his personal account, which was cited widely in the Jordanian press.

Gold set the record straight immediately, tweeting, “Zakaria is reporting fake news. I never said these things. If Zakaria had read my articles published in Israel about the importance of the Hashemite Kingdom to Israel, he would understand that I also view the stability of the Hashemite Kingdom as an anchoring element for Israel and the entire region.”

Zakaria offered a televised apology during his Aug. 1 broadcast, saying, “On last week’s show, I asked King Abdullah about the concept that there would be no stand-alone Palestine state in the future that but instead his nation, Jordan, would become de facto Palestine state. I said the idea had been recently mentioned by longtime Israeli diplomat Dore Gold. I was wrong. Many have talked about that concept, but not Ambassador Gold. I apologize for that error.”

Gold responded: “Facts and the pursuit of truth are important things in the work I do, so it was important that this mistake be corrected.”