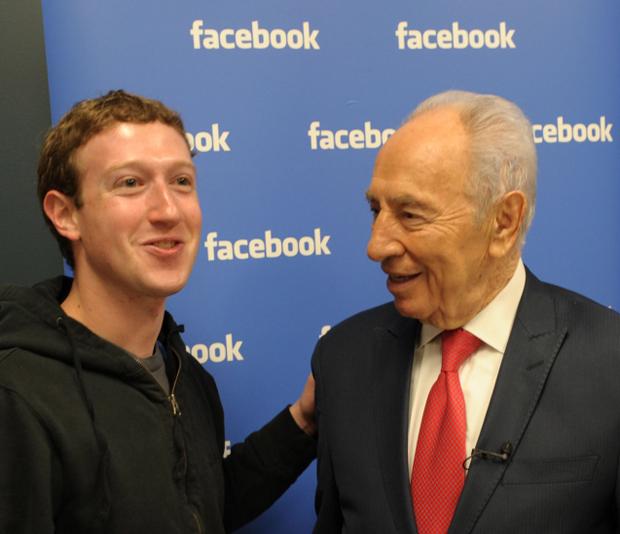 First, the rabbis of the Mishnaic period post a Jewish legal rule. Then, Talmudic sages weigh in with their comments, all pithy and lacking punctuation. Almost immediately, the comments grow far longer than the original post. Eventually, outside links to the Shulchan Aruch and Maimonides’ compendium of Jewish law appear on the right side.

It may sound too cute by half, but if you look closely, the Talmud and Facebook actually share similar layout.

“Every piece of information that’s offered opens up the opportunity for commentary, for amplification — whether it’s a link from The New York Times or something that happened to you at the Israeli Interior Ministry or an idea that you simply want to express.” said Esther Kustanowitz, a Jewish social media expert who works part time for the Jewish Federation of Greater Los Angeles. “And Facebook doesn’t just amplify the message, it expands the conversation.”

On the eve of Facebook’s initial public offering, scheduled for Friday, Jews — like everyone else — are still figuring out how Facebook can serve their personal or professional needs.

What started out in a college dorm room in 2003 as a way for Harvard students to rate women’s comparative “hotness” (it was then called Facemash.com) has morphed into a medium for more than 900 million people worldwide to communicate with each other, rally support or opposition, publicize news, make money, flirt and fulminate in ways both profound and mundane about the million and one things happening at any given moment.

For a few in the Jewish community, Facebook’s IPO raises the $64,000 question — or in this case, the $64 billion question — of how much of that newly created wealth will go to Jewish causes. The jury’s still out on whether Facebook’s Jewish creator, Mark Zuckerberg, will turn into a major Jewish giver following the IPO, when the just-turned 28-year-old figures to become one of the richest people in the world.

But the real story of Facebook’s impact on the Jewish world ultimately is likely to be more about the ways it is prompting Jews to change the way they think, behave, organize, and even mourn and celebrate than it will be about Zuckerberg’s tzedakah.

Most Jewish community institutions, however, haven’t yet figured out how to maximize the potential of Facebook, according to Lisa Colton, president of Darim Online, a Virginia-based company that helps Jewish organizations adapt to the digital age.

Facebook enables Jews to construct communities organized around areas of interest rather than geography, religious denomination or institution.

When Hindy Poupko Galena and her husband, Seth, began using Facebook to update friends and family about their year-old daughter’s fight against a rare bone marrow disease, a community of sympathizers quickly emerged that included thousands of people who had never met the toddler, Ayelet.

Strangers reached out to the Galenas — members of the Modern Orthodox community on Manhattan’s Upper West Side — not just with messages but with care packages.

“It allowed people to connect with what was going on on a very deep and real level,” Hindy said. “So many people came out of the woodwork and emailed me and said, ‘I had a sick kid and never told anyone about it, but I now feel that I can tell people about it.’ ”

Even now, months after Ayelet’s death in January at age 2, the Facebook-based community, which they call Ayelet Nation, serves as a source of sympathy for the Galenas.

“For a girl who only lived two years, it’s very comforting to know that people know her name, and I think that was only possible because of Facebook,” Hindy said.

Whereas many Jewish institutions define their community by who’s inside and who’s out — synagogues, JCCs and the Israeli Rabbinate, to name just a few — Facebook offers an opportunity for Jewish community with no bounds.

“It can take Jewish leaders off their pedestals and get them to interact with real people and real life in a multidimensional way,” said William Daroff, the director of the Washington office of the Jewish Federations of North America who has more than 3,000 “friends” on the social networking website. “And it’s not just about the Jewish world, but a place for us to talk about our kids and our dogs and the games we like to play and who we really are.”

As Facebook evolves, the Jewish communities it enables will change, too.

“I think it really is analogous to having phone lines, which later enabled faxes and early Internet,” Colton said. “With Facebook, it’s not about what we see and use today, it’s about what its foundations and widespread adoption make possible in the future.”