Elsa Dorfman, photographer who was subject of Errol Morris film, dies at 83 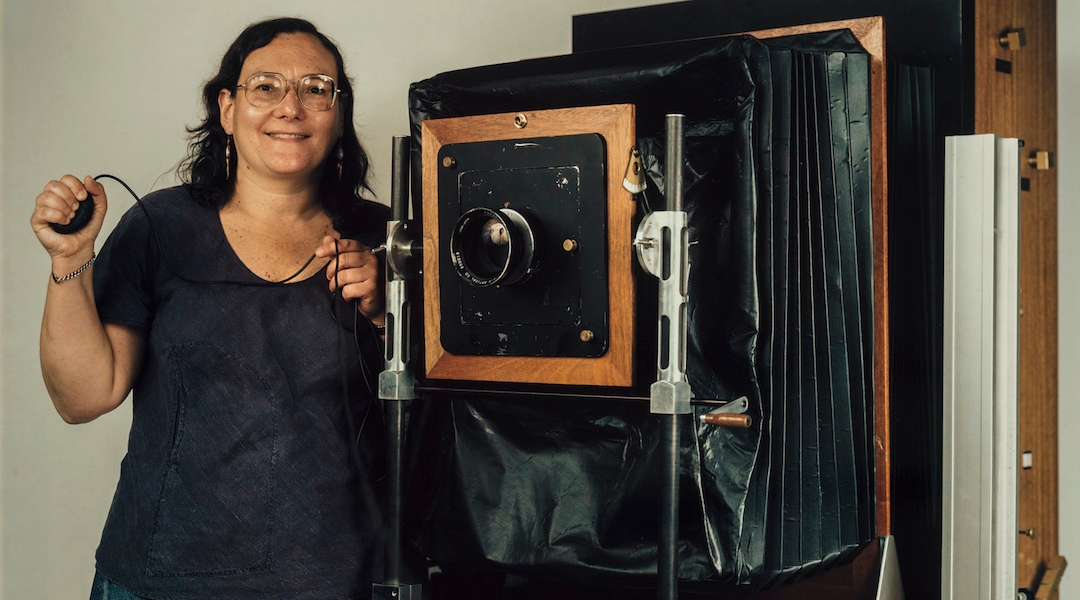 BOSTON (JTA) – Elsa Dorfman, a highly sought after photographer whose portraits hang in some of the leading museums in the country, has died.

Dorfman died Saturday at her home in Cambridge, Massachusetts, from kidney failure, her husband Harry Silverglate said. She was 83.

In a career that spanned five decades, Dorfman took photos of literary friends, including the poets Allen Ginsberg, Robert Creeley and Gail Mazur. Her work is included in the collections of the Museum of Fine Arts in Boston and the National Portrait Gallery. In 2017, she was the subject of “The B Side,” a film by noted documentarian Errol Morris, who was her neighbor and close friend.

“I somehow have this misguided therapeutic idea that my role in the universe is to make people feel better,” Dorfman said in the film.

Dorfman, a Cambridge native, grew up Newton, a Boston suburb. In the mid-1960s, as a college graduate searching for her creative path, a mentor guided her to photography.

She began her association with Polaroid in 1980 and eight years later became the only photographer that the Cambridge-based company allowed to rent one of its 20-by-24 large format instant cameras.

In February, the Museum of Fine Arts in Boston mounted “Me and My Camera,” an exhibit of Dorfman’s self-portraits and other photographic works. Anne Havinga, who co-curated the exhibit, has said that Dorfman’s photographs, with captions handwritten across the bottom, display a “feeling of openness and frankness and also a wonderful wit.”

Along with her husband, Dorfman is survived by a son, Isaac, two sisters and two grandchildren. Memorial services are planned in Boston and in New York later this year.