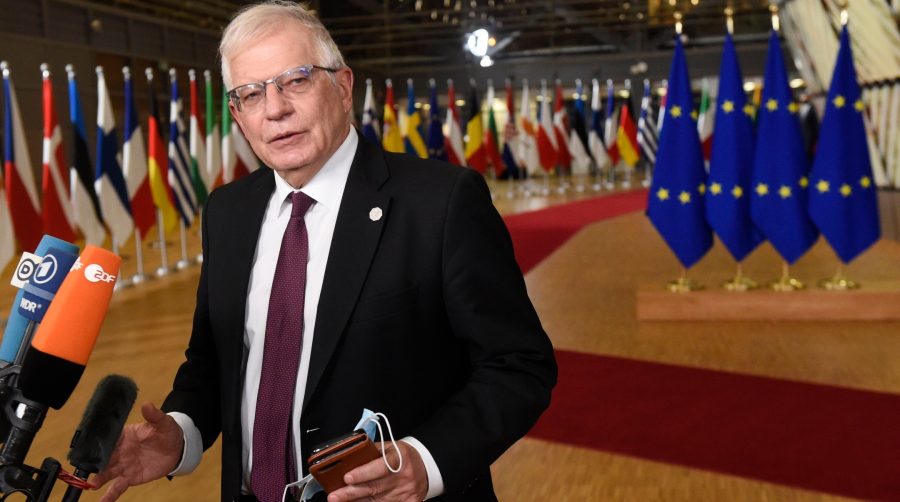 WASHINGTON (JTA) — The United States’ negotiations to reenter the Iran nuclear deal were put on hold on Friday after a last-minute Russian maneuver to try to alleviate sanctions on its trade with Iran.

The months-long negotiations in Vienna were so close to coming to a climax that a podium had been set up at the hotel where negotiators are meeting. The plan was reportedly to announce the terms for the United States’ reentry next week.

But Russia, one of six countries involved in enforcing the original nuclear deal, attempted to carve out exemptions in the deal’s sanctions to preserve some of its own trade dealings with Iran. Russia, an ally of Iran, has been hit with its own historic sanctions from Western powers in response to its invasion of Ukraine and has seen its economy tank this month. President Joe Biden also called on Friday for suspending normal trade with Russia as the war intensifies.

Josep Borrell Fontelles, the top European Union foreign affairs official who is coordinating the talks, hinted that Russia’s ask had stalled the progress, without elaborating on the “factors” for the pause.

“A pause in #ViennaTalks is needed, due to external factors,” he wrote on Twitter. “A final text is essentially ready and on the table. As coordinator, I will, with my team, continue to be in touch with all #JCPOA participants and the U.S. to overcome the current situation and to close the agreement.” JCPOA refers to the 2015 deal’s formal name, the Joint Comprehensive Plan of Action.

The European Union helps negotiate the terms of the deal, along with Britain, France, Germany, China and Russia. Former President Donald Trump pulled the United States out of the deal in 2018.

Israel, Republicans and some Democrats oppose the deal because some of its restrictions on Iran’s nuclear activity eventually expire, and because they argue it does not address other dangerous Iranian activity in the Middle East, such as promoting terrorism.

Trump also ramped up U.S. sanctions in 2018 and Iran retaliated by pulling out of some of its commitments. It has now reached near-weaponization levels of enrichment of fissile material and is believed to be under three months away from being able to manufacture a nuclear weapon. It was a year away during the 2015-2018 period, when all parties were abiding by the deal.

Biden campaigned on reentering the deal, saying it was the best way to keep Iran from getting a nuclear weapon. The new deal, according to sources briefed on it, would drop some sanctions on figures close to the Iranian leadership and drop the breakout period from a year to eight months.