Despite pressure from progressives, no major changes in Democratic platform on Israel 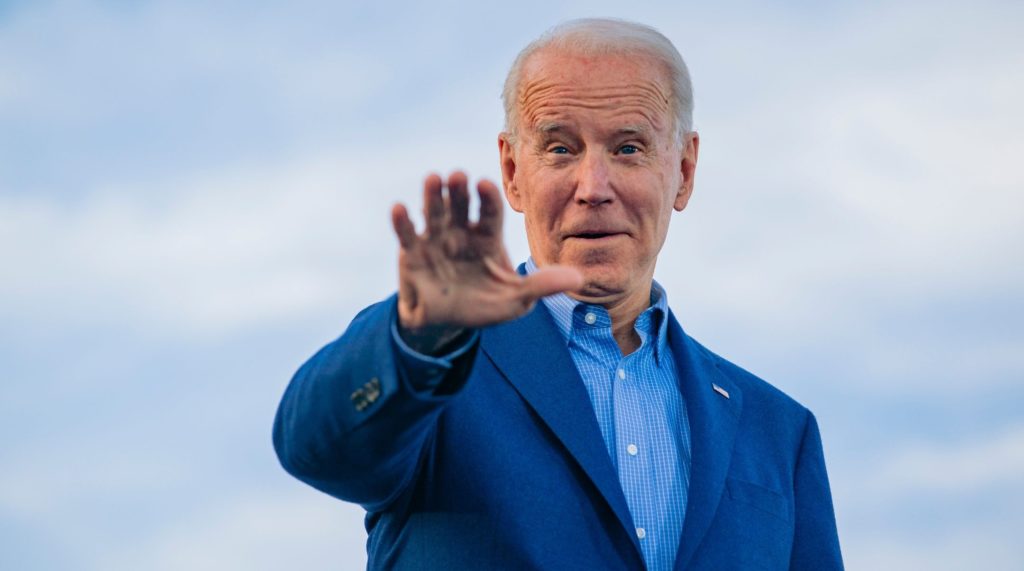 WASHINGTON (JTA) — Centrists on the platform-writing committee of the Democratic National Committee overrode progressives who wanted the platform to condemn Israel’s occupation of the West Bank.

The 2020 platform only alludes to the occupation, preserves Israel’s defense aid and rejects the movement to boycott Israel. But it does warn against annexation, the move that Israeli Prime Minister Benjamin Netanyahu is considering for portions of the West Bank.

The platform has not yet been released publicly, but the Jewish Telegraphic Agency obtained notes from someone who was read the platform’s Israel portion over the phone. JTA’s source asked to remain anonymous to maintain the confidentiality of the official who provided the information.

Leading party progressives, including Sen. Bernie Sanders of Vermont and Rep. Alexandria Ocasio-Cortez of New York, have called for cuts in defense assistance if Israel goes ahead with annexation. And there was also a concerted effort, led by among others J Street, the liberal Jewish Middle East policy group, to have the platform mention the occupation, in part because Netanyahu appears closer than ever to annexing parts of the West Bank.

But just as they did in 2016, centrists overruled progressives and only alluded to the occupation, warning both Israelis and Palestinians against taking unilateral steps including “annexation” and saying Israel should not expand settlements.

And the $3.8 billion Israel gets annually in defense assistance remains sacrosanct in the platform. “Democrats believe a strong secure and democratic Israel is vital to the interests of the United States,” the platform says. “Our commitment to Israel’s security, it’s qualitative military edge, and right to defend itself” as well as the 2016 Obama administration memorandum of understanding establishing the $3.8 billion figure “is ironclad.”

The platform also robustly rejects BDS, or the movement to boycott Israel because of the occupation, and United Nations measures targeting Israel.

“We oppose any effort to delegitimize Israel at the United Nations, or through the global Boycott, Divestment and Sanctions movement which singularly targets Israel,” the platform says, while also recognizing free speech rights, a nod to Democrats who oppose BDS but also oppose state laws criminalizing BDS.

Platforms are typically released at party conventions, and the Democratic Party’s was originally scheduled for this week. It was delayed until next month because of the coronavirus pandemic. While a committee drafts the platform, the presidential nominee, this year expected to be Joe Biden, typically plays a significant role.

That means the United Nations language in particular distances Biden from one of the Obama administration’s final acts, allowing through a U.N. Security Council resolution that condemned Israel’s West Bank occupation. Plus, Biden has said that the one area where he would resist Sanders’ influence was foreign policy, and he appears to have done that when it comes to Israel.

It’s not clear that Sanders, who ran in the presidential primaries and was the most serious threat to Biden’s nomination, pushed for Israel changes. When Sanders conceded to Biden, the two men had an online meeting and Sanders pressed hard for progressive changes in six policy areas, none having to do with foreign policy.

The two-state solution remains paramount in the platform, which also pledges to reestablish ties with the Palestinians, including reopening the PLO office in Washington.

The Jewish Democratic Council of America welcomed the language. “JDCA is proud to have provided input to the Democratic Party platform drafting committee,” said its director, Halie Soifer. “We’re very glad to see that that platform will continue Democrats’ long-standing supporter of Israel, its security assistance in accordance with the memorandum of understanding and a negotiated two-state solution to the Israeli Palestinian conflict.”