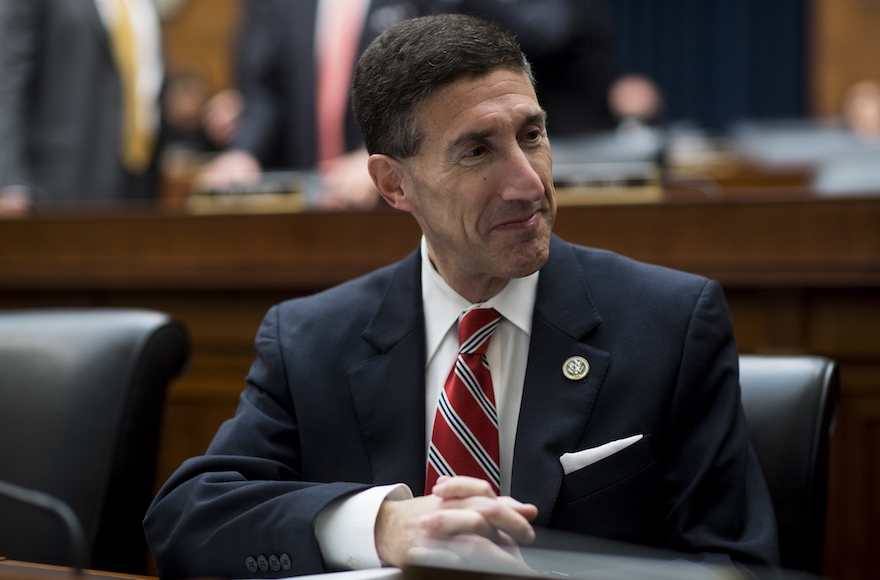 WASHINGTON (JTA) — The two Jewish Republicans in the U.S. House of Representatives are leading the effort to keep the Biden administration from reopening the U.S. consulate in Jerusalem.

David Kustoff of Tennessee on Wednesday introduced a bill that would block the Biden administration from reopening the consulate, Jewish Insider reported. His bill has the backing of the GOP leadership and about 100 cosponsors. His fellow Tennessean, Sen. Bill Hagerty, has introduced a companion bill in the Senate.

Among the cosponsors of the House bill is Lee Zeldin, a Jewish Republican from Long Island who is running for governor of New York, and who has garnered 206 signatures, all from Republicans, on a letter to President Joe Biden opposing the move.

Former President Donald Trump shut down the mission, which was located just outside the Old City walls in West Jerusalem since 1912, and merged its activities with the newly relocated U.S. Embassy in Jerusalem. In recent decades it served Palestinians in Jerusalem and the West Bank, who considered the consolidation an endorsement of Israel’s claims on Jerusalem. The Republican bill says that opening a separate consulate meant to serve Palestinians undermines Israel’s claim on Jerusalem as its capital.

Reopening the consulate now, especially if it is in the building used in recent years in western Jerusalem, territory that the United States recognizes as sovereign Israel, would require the assent of the Israeli government.

Biden campaigned on reopening the consulate, believing it key to restoring U.S. relations with the Palestinians, all but smothered during the Trump years.

The government of Israeli Prime Minister Naftali Bennett opposes the reopening but is also seeking to repair ties between Israel and Democrats, who chafed during the 12 years of former Prime Minister Benjamin Netanyahu’s leadership. The sides are quietly seeking solutions behind closed doors.

Republicans are in the minority in the House and Senate, but that does not necessarily doom the bill: At least two HouseDemocrats, Juan Vargas of California and Josh Gottheimer of New Jersey, have expressed reservations about the move.

—
The post Congressional Jewish Republicans lead efforts to head off reopening of US consulate in Jerusalem appeared first on Jewish Telegraphic Agency.