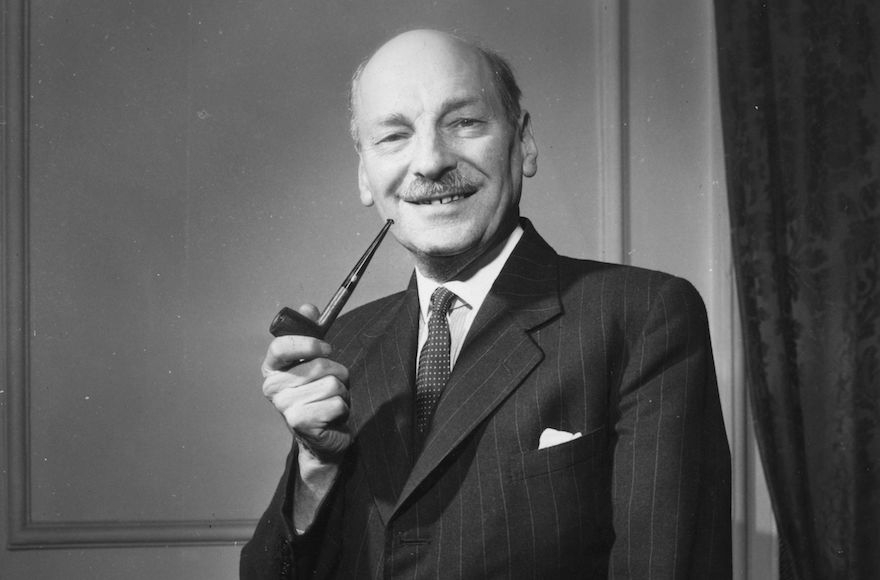 (JTA) — Clement Attlee, who served as prime minister of Britain in the aftermath of World War II, housed a refugee child who escaped from the Nazis just months before the start of the war, a British newspaper revealed.

Attlee sponsored a Jewish mother and her two Jewish children to leave Germany and come to Britain in 1939, according to The Guardian. One of the children, Paul Willer, who is now 90 and living in Gloucestershire, lived with the Attlee family for four months until the start of the war.

Willer was scheduled to meet Attlee’s granddaughter for the first time on Wednesday at an event marking the 80th anniversary of the Kindertransport, which saved thousands of mostly Jewish children from the Nazis. The Guardian reported Tuesday on the upcoming meeting, and is the first to report that he took in a child fleeing from the Nazis.

Willer’s mother, a doctor who could practice medicine in Germany because of the nation’s bans on Jewish workers, decided to take the children and leave Germany after witnessing Kristallnacht, according to the Guardian. She said in her memoirs that she used the offers from Attlee and another family to persuade border guards to let her cross from Germany into the Netherlands and then on to the United Kingdom.

The children’s father was a Christian who left them and declared his allegiance to the Nazis.

The Attlees were regular churchgoers and welcomed Willer though they did not have a language in common. The future prime minister, who was leader of the opposition Labour Party for four years, did not use his taking in a refugee from Nazi Germany to score political points, Willer told the Guardian.

Atlee opposed then-Prime Minister Neville Chamberlain’s policy of appeasement. He led the Labour Party to national election victories in 1945, when he became prime minister. Health care in Britain was nationalized under Attlee, who also oversaw the partition of India and ended the British mandates of Palestine and Jordan. He died in 1967.