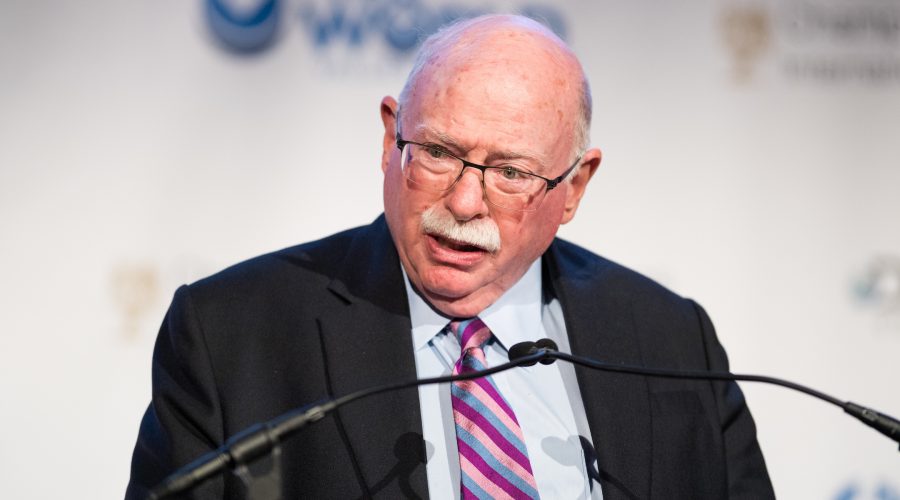 (JTA) — After 27 years in leadership roles at New York University, Michael Steinhardt, the Wall Street businessman and megadonor to Jewish causes who stands accused of illegally trafficking in antiquities and sexual harassment, has stepped down from the university’s board of trustees.

“I regret that my antiquities collecting has impacted the university and distracted from the important work of the faculty and global community,” Steinhardt wrote in a letter to the board, according to an Aug. 2 report in Washington Square News, NYU’s student newspaper. “As a result, I have decided to step down as a Life Trustee.”

His wife, Judy Steinhardt, remains listed as a life trustee, which is a non-voting member of the board governing the university, and NYU’s Steinhardt School of Culture, Education, and Human Development continues to carry the family name.

The public announcement of the resignation came in an email from NYU President Andrew Hamilton, who praised the Steinhardts’ generosity to the institution.

“We extend our appreciation to the Steinhardt family for their longstanding commitment to advancing the university’s interests,” Hamilton wrote to Steinhardt School students and faculty, according to the Washington Square News.

The announcement of the resignation comes nearly a year after Manhattan’s district attorney at the time, Cyrus Vance Jr., said that Steinhardt “displayed a rapacious appetite for plundered artifacts without concern for the legality of his actions.”

In a deal to avoid prosecution, Steinhardt agreed to surrender $70 million worth of ancient artifacts that were looted from 11 countries, including Israel, where Steinhardt is well known as a patron of arts and culture. Steinhardt has not admitted to any wrongdoing and his lawyers have suggested he was fooled into buying the stolen relics.

Before the antiquities issue made headlines, several women came forward in 2019 to accuse Steinhardt of making inappropriate sexual advances and comments in professional settings.

In the aftermath of these scandals, students and faculty at NYU have urged the university to rename his namesake school.

A similar backlash is playing out in the Jewish world, where Steinhardt is a prominent figure. He helped found Birthright, the program sending young Jews on first-time visits to Israel, and he has a history of donating to cultural institutions such as the Israel Museum and another that bears his name — the Steinhardt Museum of Natural History in Tel Aviv.

An editorial in the Israeli newspaper Haaretz called on the museum to change its name, citing outcry by artists and academics, including historian Lila Corwin Berman, who wrote an essay on the issue in the wake of the antiquities trafficking announcement.

“Whatever rewards organizations may have gained from Steinhardt’s largesse, they can’t easily wipe away the stains left behind,” she wrote. “Institutions that accepted Steinhardt’s gifts have a responsibility to follow the trail of his wealth and make amends to the nations and people he plundered.”