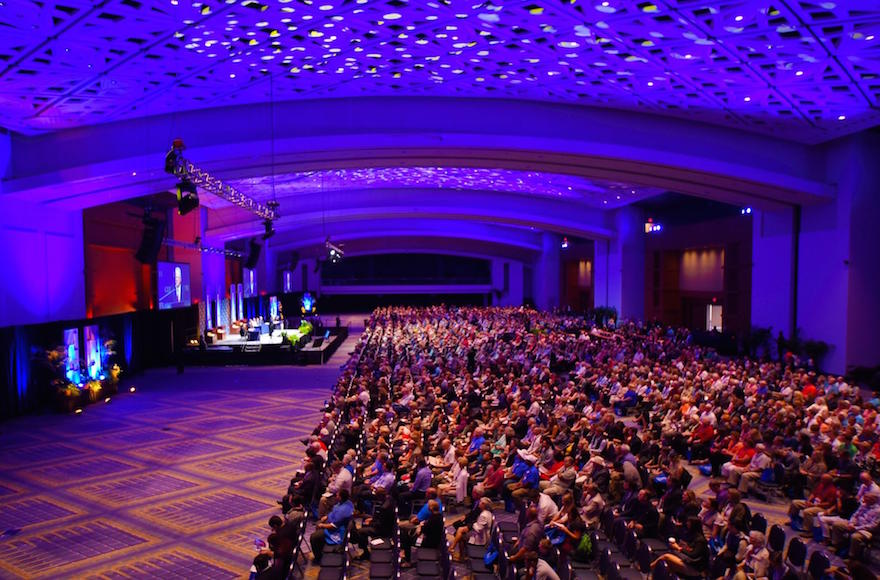 WASHINGTON (JTA) — When the last plaintive shofar blast echoed through the Washington Convention Center at the conclusion of the annual Christians United for Israel Policy Conference, it was not the record attendance of 5,000 fired-up pro-Israel Christians that marked a turning point for the 10-year-old group.

Instead, it was the July 13 briefing by CUFI executive director, David Brog, and Gary Bauer, a national CUFI leader, for a half-dozen journalists — this reporter among them — that revealed a muscular new role for the organization.

CUFI has spun off a ready-to-rumble political lobbying arm called the Christians United for Israel Action Fund. Its inaugural effort will be to oppose the Iran nuclear deal, which was announced earlier this week and is now being reviewed by Congress. “Not only has Iran not stopped its support for terror, it has not been asked to stop its support for terror,” Brog said during the briefing. 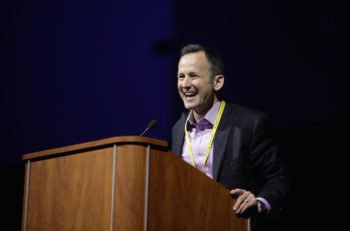 Bauer said that even though the fund has yet to find office space and is still hiring for positions, multimillion funding is already in place. Job one, according Bauer, is providing daily reports to every congressional office detailing flaws in the Iran nuclear agreement, which CUFI argues necessitate a no vote.

In addition, the fund plans to mobilize core supporters across the country to create “centers of influence of local pastors and businessmen … leaders in their communities,” who are in a position to sway members of Congress.

Pastor John Hagee, CUFI’s founder, was quoted this week in The Washington Post as saying: “Every person running for office [in 2016] is going to be aware we have 2.2 million households. If I were a candidate especially in the Republican Party, I’d be aware of how many voters will cast their vote principally on Israel.”

The briefing, which took place around a circular table in a small nondescript room in a roped-off corner off the lobby at the CUFI conference, held July 13-14, made clear that the Israel Action Fund did not intend to employ AIPAC-style bipartisanship. Bauer called President Barack Obama “the most anti-Israel president in the history of Israel.” 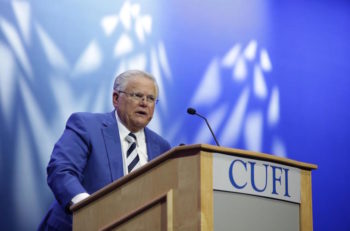 The new effort is Brog’s second major announcement this month, after he was recently selected to head up the new $50-million Campus Maccabees initiative. The goal of that effort, which is being funded by Jewish billionaires Sheldon Adelson and Haim Saban, is to combat the Boycott, Divestment and Sanctions movement against Israel, known as BDS.

During the CUFI briefing, held the day before the nuclear deal between world powers and Iran was announced, Bauer pledged the new lobbying arm would work 24/7, and not just as part of the annual national conference. “You can’t just bomb Washington, D.C. three days per year. You have got to actually occupy territory,” he said.

Brog said the new fund would make clear to every member of Congress that the Iran deal must be voted down.

The fund will insist that an arms embargo on Iran be held rigidly in place. Moreover, he insisted, any deal must bear a term of more than 10–12 years. “If a nuclear Iran is unacceptable now — barring regime change, it will be unacceptable a decade from now,” said Brog.

At the conference, Israel Defense Forces Lt. Tzur Goldin, the twin brother of IDF Lt. Hadar Goldin, who was killed and kidnapped by Hamas during the 2014 Gaza war, asked the crowd to push to make the return of his brother’s body a condition for allowing the Gaza Strip to be rebuilt.