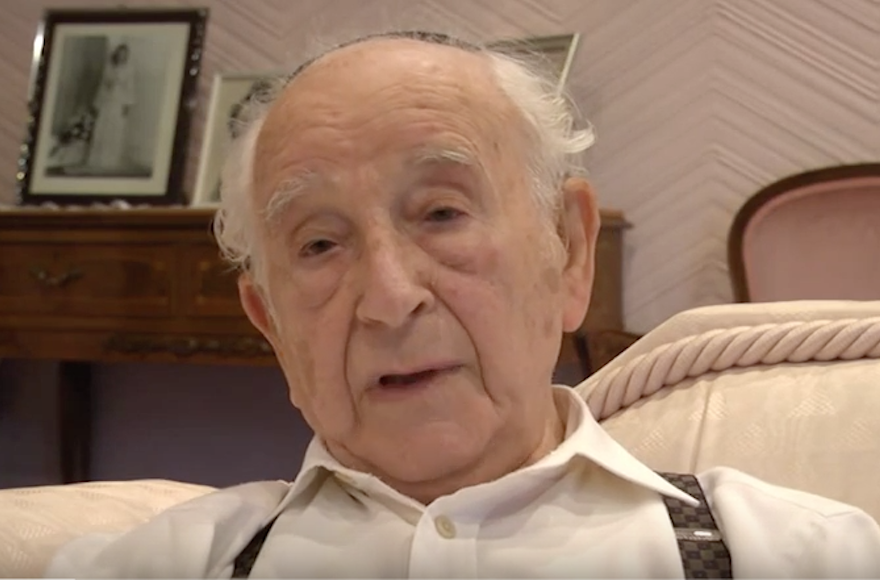 Chaim Ferster lectured about the Holocaust in schools and colleges so people would not forget its horrors.

Ferster died Monday in Manchester, England, from pneumonia and a kidney infection, surrounded by his three sons and other family members, the BBC reported. He was 94.

He was born in Sosnowiec, Poland, in an Orthodox Jewish family. In 1943, the Nazis forced him to leave his home, and he spent time in concentration camps in Germany and Poland, including Auschwitz and Buchenwald.

Ferster, his sister Manya and a cousin were the only members of their family to survive the Holocaust. Manya is now 92.

After World War II, Ferster moved to England, where he found work repairing sewing machines. He later set up “a series of successful businesses,” according to the BBC.

Ferster lectured about the Holocaust in schools and colleges.

“His greatest fear was that people would forget the horrors of the Holocaust,” his son Stuart told the BBC.

On Monday, the Greater Manchester Police shared a video of Ferster playing the Israeli national anthem, “Hatikvah,” on the violin during a Jan. 27 visit to its headquarters on International Holocaust Remembrance Day.

Everyone at GMP is saddened to hear of the passing of Holocaust survivor Chaim Ferster. It was an honour and a privilege to hear his story when he visited GMP headquarters to mark Holocaust Memorial Day 2017