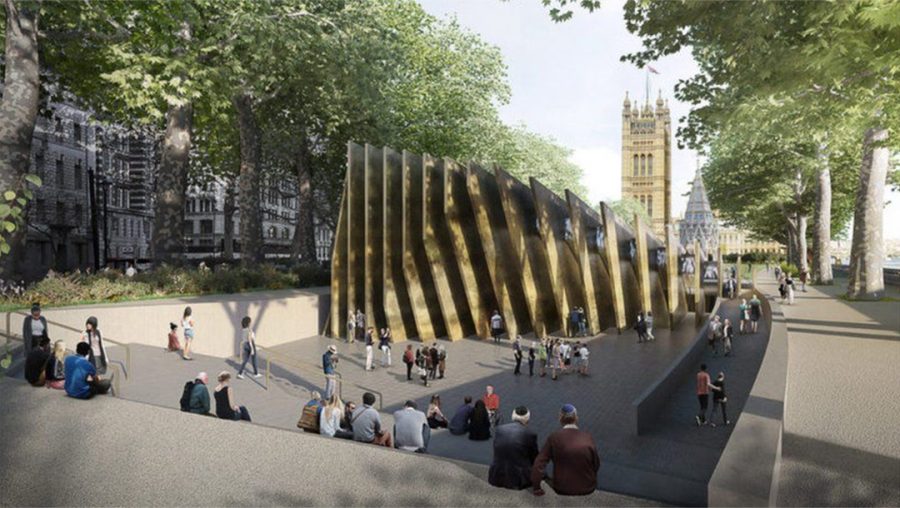 (JTA) — The British government has approved a contested plan for a prominent Holocaust memorial center outside Parliament in London.

Friday’s decision by the Ministry of Housing, Communities and Local Government means that the ambitious project has cleared its final major bureaucratic hurdle about five years after its inception.

The plans include 23 large bronze sculptures and an underground learning center to be built in Victoria Tower Gardens outside the Palace of Westminster, which is the seat of the legislature of the United Kingdom. The project will receive $105 million in government funding and is scheduled to be completed in 2025.

Opponents of the plan have raised multiple objections, ranging from landscaping objections and concerns it would exaggerate Great Britain’s role in rescuing Jews to fears it would be targeted by terrorists and eclipse a nearby monument marking the abolition of slavery.

Westminster Council, the local government of the London borough of Westminster, last year blocked the project from gaining planning permission, prompting the ministry to set up an inquiry commission. The ministry decided to go ahead with the project despite the Council’s objection.

The Board of Deputies of British Jews in a statement said it welcomes the government’s approval for the project.

Among the project’s critics was Ruth Deech, a Jewish member of the House of Lords, the upper house of the British parliament. She said the location of the monument — a large park with few preexisting facilities for a learning center — creates unnecessary complications that risk making the project “ineffective.”