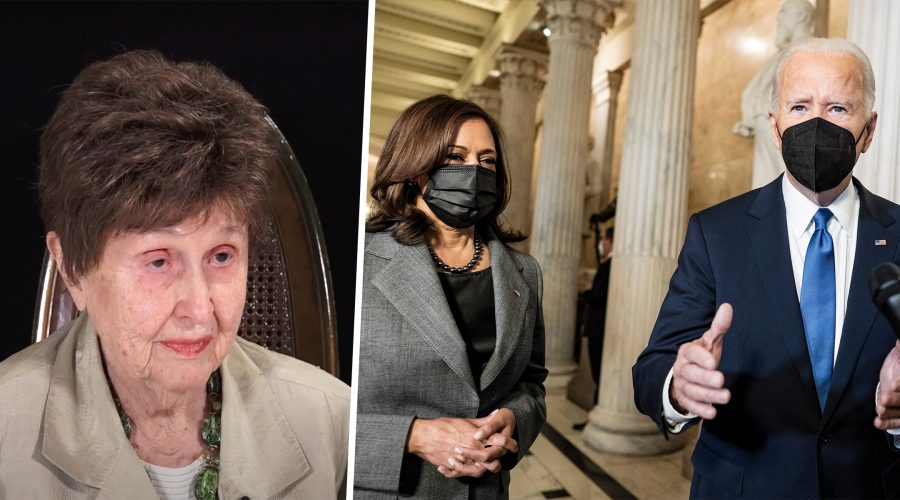 International Holocaust Remembrance Day was first instituted by the United Nations in 2005 to mark the Allied liberation of Auschwitz.

Chanan Weissman, the Biden administration’s Jewish outreach official, said in a webinar Thursday that as far as anyone knew, inviting survivors to the White House to mark the day was a first. The meetings are meant to underscore the dangers of rising antisemitism and Holocaust denialism.

“We only have a few more years to hear the stories of survivors of the experiences that they had of the lessons that they learned of the lived memories that they can carry forward,” Weissman said. “Both the president of the United States, Joe Biden, and Vice President Kamala Harris, each are meeting with survivors here in the White House, distinctly and specifically and deliberately to hear their stories, nothing else, so that they can bear witness to their experiences.”

Biden in his statement said there was an urgency to Holocaust remembrance because of the spike in antisemitic incidents.

“Today, and every day, we have a moral obligation to honor the victims, learn from the survivors, pay tribute to the rescuers, and carry forth the lessons of last century’s most heinous crime. From the streets of Charlottesville, Virginia, to a synagogue in Colleyville, Texas, we are continually and painfully reminded that hate doesn’t go away; it only hides,” Biden’s statement said, referring to the 2017 neo-Nazi March in Charlottesville and the hostage taking at a synagogue earlier this month. “And it falls to each of us to speak out against the resurgence of antisemitism and ensure that bigotry and hate receive no safe harbor, at home and around the world.”

Biden has said repeatedly that he decided to run for president in large part because of what he calls former President Donald Trump’s failure to unequivocally condemn the Charlottesville march.

Brandman, who was born in Jaworzno in Poland, is a retired teacher who speaks to schools and other institutions about her experience. She escaped the gas chambers at Auschwitz in 1943 by running to join her sister in another line. She survived the camp as well as a death march.

Ruth Cohen, who was born in Mukachevo, Czechoslovakia, is a volunteer at the U.S. Holocaust Memorial Museum. She survived Auschwitz and then multiple other Nazi camps.