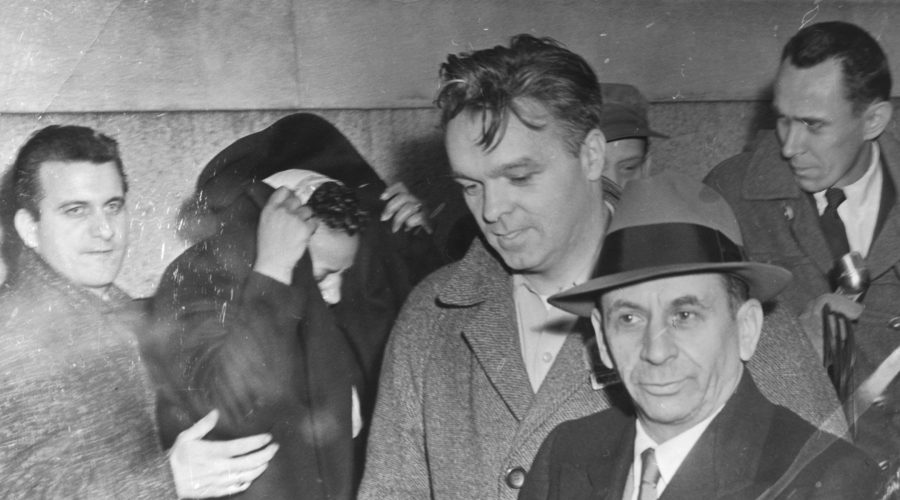 (JTA) — As Adolph Hitler rose to power in 1930s Germany, a growing wave of fascism began to take root on American soil. Nazi activists started to gather in major American cities, and by 1933, there were more than one hundred anti-Semitic groups operating openly in the United States. Few Americans dared to speak out or fight back—until an organized resistance of notorious mobsters waged their own personal war against the Nazis in their midst.

The way author Michael Benson tells it, one day in 1938, New York judge and Jewish communal leader Nathan Perlman sat at a bar and thought, “How come these Nazis get to march down 86th Street, goose-stepping and ‘sieg heiling’ like it’s the Macy’s Parade? Why are they so brazen?”

It was because they were not worried about the consequences. Too few people in then-isolationist America really cared about what was being said about the Jews or what was happening to them in Europe, Benson said. What was needed, then, were Jews who weren’t afraid to break some laws — and some bones — as they challenged the homegrown Nazi threat.

And that’s when, in Benson’s words, “Judge Perlman thought outside the box.”

What happened next is the subject of Benson’s book, “Gangsters Vs. Nazis: How Jewish Mobsters Battled Nazis in Wartime America” (Kensington), published in late April. As the title suggests, Perlman had a few connections in the underworld. That included Meyer Lansky, an accountant, bootlegger, and fixer whose work straddled both the Italian American and the Jewish mob. Lansky, in turn, had at his disposal Jewish members of a mob enforcement organization known as “Murder Inc.”

The Jewish mobsters showed up to intimidate and fight the German American Bund and other Nazi organizations from New York to Chicago to Minnesota and even Los Angeles. It got to the point, Benson said, when Nazis began to stay away from rallies because they knew they would be in for it.

Lansky was happy to help and accepted no pay for the service. “I am a Jew, and I feel for the Jews in Europe who are suffering. They are my brothers,” Benson quotes Lansky as saying.

Despite the syndicate’s name, said Benson, “No one gets killed in the entire book.” It wasn’t that Lansky didn’t relish the thought of killing Nazis. But Rabbi Stephen Wise, the Reform rabbi and Zionist leader whom Perlman brought along to a meeting with Lansky, insisted on no deaths. While Jewish members of Murder Inc. cracked a few skulls during the course of 1938, the year covered in the book, they didn’t kill any Nazi sympathizers.

This is all familiar territory for Benson, who specializes in books about the Mafia and true crime. His interest in crime and killers dates back to his childhood, growing up near Rochester, New York. When he was nine years old, his babysitter and her friend were murdered, a cold case that he said he later cracked as an adult — a story he tells in the 2015 book “The Devil at Genesee Junction.”

“I started out writing about psycho killers and grisly murders,” Benson told the Jewish Telegraphic Agency. “And for the last few years, I’ve been the Mafia writer for Kensington Books. So, I knew the cast of characters and I think that’s why they brought me in.”

Benson is not Jewish — he describes himself as a “lapsed Catholic” — but says he has a deep understanding of antisemitism. He went to Hofstra University in New York, which he described as “80% Jewish.”

“I understand hate,” he said. “When my first child was about to be born, I was walking my very, very pregnant wife to Beth Israel [Medical Center] in Manhattan, and we were egged by kids in a van, who shouted the ‘K-word’ at us. I understand antisemitism, prejudice, and hateful thinking.”

In Benson’s book, the main villains — the embodiment of hateful thinking — were members of the German American Bund. By 1938, what began as an organization to celebrate German-American heritage had been taken over by Fritz Julius Kuhn, who worshiped Hitler and attempted to imitate his speaking style. 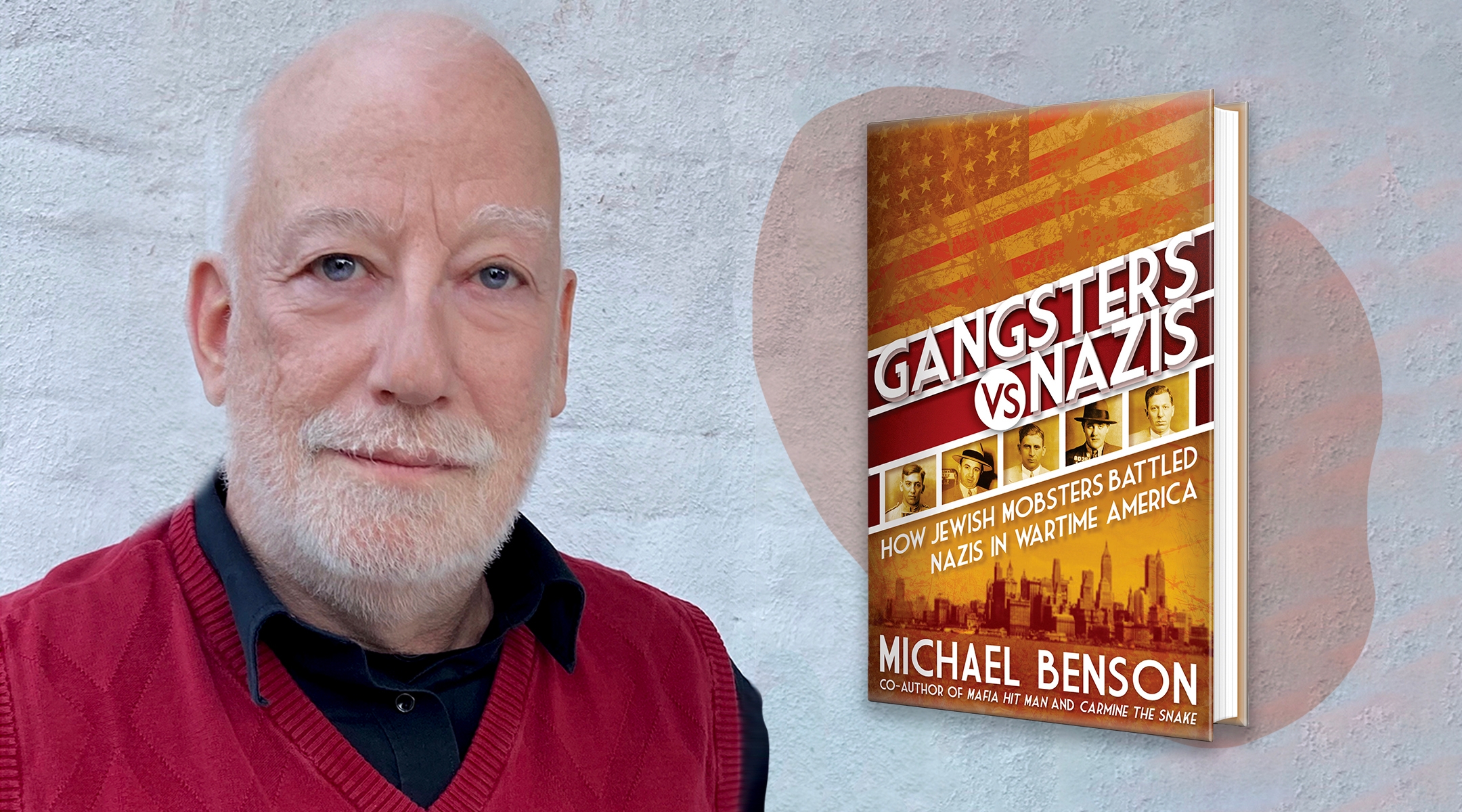 “He’s as much like Hitler as he could possibly be, waives his arms, spittle spews when he talks, and he harps again, again, again, on how the Jews are responsible for all the world’s problems, and that’s why everybody’s poor these days,” Benson said. “And it’s a message that resonates.”

That’s when Lansky had his boys take matters into their own hands. There are a series of brawls — a big one in the Bund’s home turf of Yorkville in Manhattan — and the Bund is shown just how tough Jews can be.

In Benson’s book, everything comes to a head in an infamous 1939 Madison Square Garden pro-Nazi event, which the author calls “The Bund’s Last Gasp.” It was a hate rally led by Kuhn. But the American Hitler wannabe was upstaged by a Jewish plumber from Williamsburg named Isadore Greenbaum, who jumped onstage, pulled the plug on Kuhn’s microphone in the middle of his speech, and was roughed up by Kuhn’s bodyguards. “When I heard persecution against my religion, I lost my head,” Greenbaum later said.

“And the next day, all of the newspapers that were supposed to say what a great rally it was talked about the one hero who busted it up,” Benson said.

This is very much a story of its time. Mobsters showing restraint against killing doesn’t seem very plausible in today’s world. But, Benson said, the threat to Jews remains.

“The forces of evil that the Jewish gangsters were fighting are with us today and scary as ever,” he said. “Who’s going to be Captain America? Who’s going to be the Judge Perlman and Meyer Lansky?”

Antisemites are small in number, Benson said, but they are just as brazen in their hatred as were the American Nazis in 1938. What’s the solution? Well, Perlman and Lansky may have used crude methods, but they succeeded in shaming the Bund.

“I don’t really want to advocate violence,” Benson said, “but it seems about time that all of society should subject them to the same level of embarrassment and shame and stigma if they behave in this way.”

—
The post Before WWII, Jewish mobsters kept Nazis at bay in the US — with their fists appeared first on Jewish Telegraphic Agency.