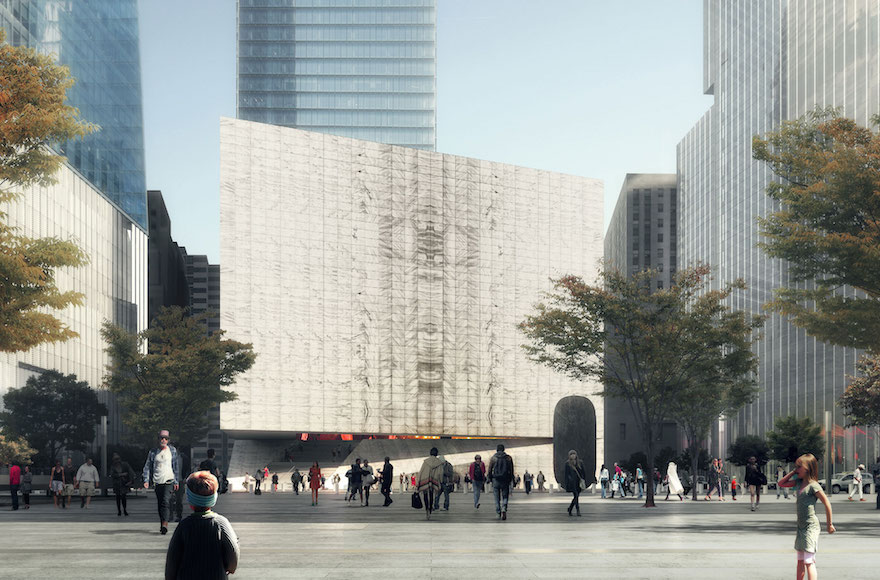 A rendering of a 90,000-square-foot performing arts center to be built at the site of the Sept. 11 attacks in Manhattan. (Credit: REX)

(JTA) — Barbra Streisand has been named chairwoman of the board of a performing arts center to be built at the site of the World Trade Center attacks.

The long-delayed project — which got a boost in June with a $75 million donation from billionaire Ronald O. Perelman– will include three small theaters to accommodate stage, dance and music programs, as well as the annual Tribeca Film Festival, The New York Times reported Friday.

A performing arts center was included in the original master plan for the site by architect Daniel Libeskind, but was delayed in favor of other elements built at the site of the Sept. 11, 2001 attacks, including the 94-story One World Trade Center skyscraper and the National September 11 Memorial & Museum.

“The performing arts connect us all and are such a vital part of New York City,” Streisand, a Brooklyn native, said in a statement. “The Perelman Center will vibrate with theater, music, dance, and film and bring life to this hallowed ground.”