Arrest made in vandalism of Washington’s historic Sixth & I synagogue 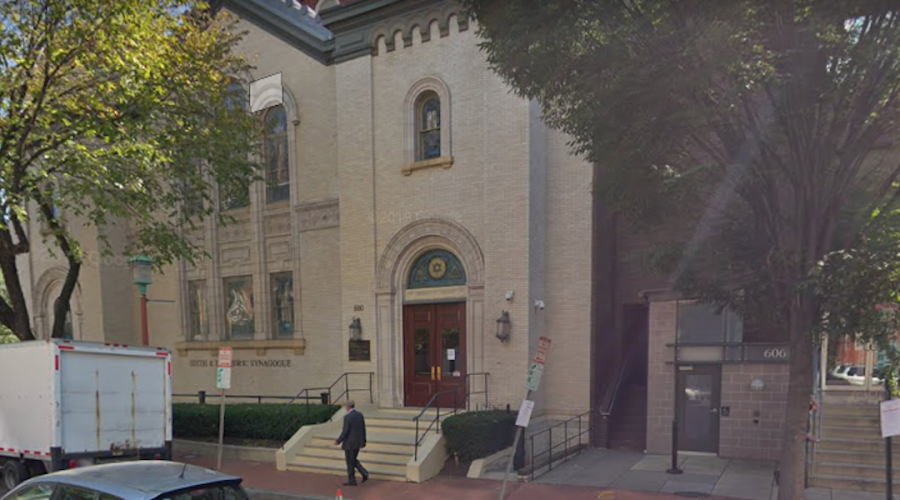 A view of the Sixth & I synagogue in Washington, D.C. (Screenshot via Google Street View)

(JTA) — Police have arrested a 28-year-old man in the defacing of the historic Sixth & I synagogue in Washington, D.C.

The arrest of Luis Montsinos came on Monday, shortly after the synagogue announced the vandalism to the public. Montsinos, who has no address, was charged with defacing and destructing property, as well as resisting arrest.

The police report described the vandalism as a suspected hate crime, according to The Washington Post. It included swastikas and anti-Semitic language, the synagogue’s communications manager, Michelle Eider, told the Jewish Telegraphic Agency.