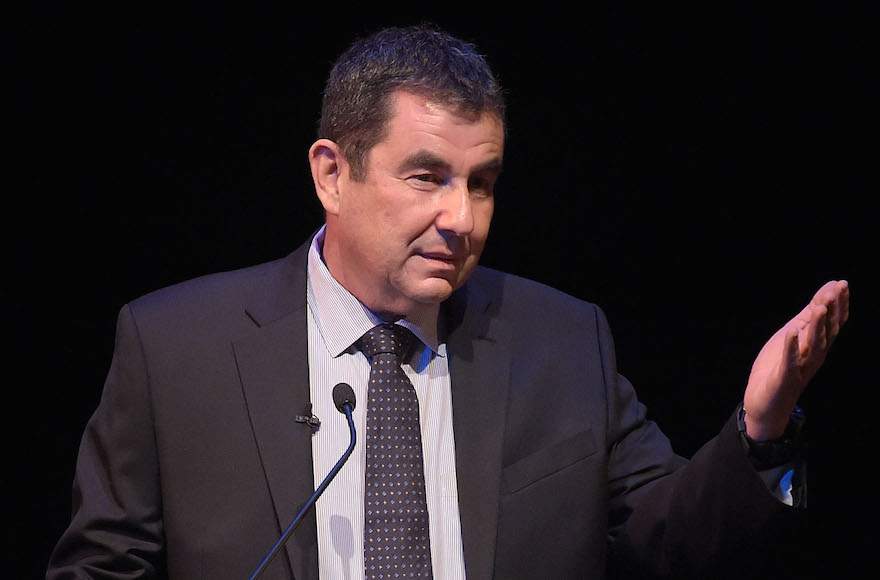 JERUSALEM (JTA) — Israeli journalist Ari Shavit resigned from his positions with the Haaretz daily newspaper and Israel’s Channel 10 television after another woman accused him of sexual harassment.

Shavit issued a statement on Sunday, shortly after the New York-based Daily Forward published the allegations of a former J Street staff member. The unnamed woman, 29, had been assigned to take Shavit to deliver a lecture sponsored by   J Street at Johns Hopkins University. On the way he asked to stop for coffee and then took her hand and started rubbing it in a suggestive way and said he would like to meet with her, “alone” and not with one of her tour groups, in Israel. He later called her on her cell phone, on a number provided by J Street.

“I am ashamed of the mistakes I made with regards to people in general and women in particular,” Shavit said in the statement released on Sunday. “I am embarrassed that I did not behave correctly to my wife and children. I am embarrassed about the consequences of what I did.”

He also said: “In the last few days I have understood that I have been afflicted by blindness. For years I did not understand what people meant when they spoke of privileged men who do not see the damage that they cause to others. Now, I am beginning to understand.”

He added that he would “devote more time to being with my wife and children, who are most valuable to me, and to make personal amends.”

“I understand that it is not a quick process and I am committed to doing it truly. I will do everything in my power to ensure that I will never again be embarrassed by my actions,” he said.

The resignations come several days after Jewish-American journalist Danielle Berrin accused a prominent Israeli writer of sexually harassing and assaulting her as she tried to interview him in the recent past in the lobby of a hotel in America.

Shavit then acknowledged that he was the journalist in question, issuing a statement of apology and stating he would “take time off” from his journalistic work.

In the statement issued Thursday in response to Berrin’s account last week confirming that the two met in 2014, but saying he had thought of their interaction as constituting “courtship” or “flirtation” but not sexual assault.

Berrin slammed Shavit’s original statement. “That Shavit would claim it was ‘flirtation’ is not only misguided, it suggests I was participating in his scheme when, indeed, I was the victim; I was afraid he’d further assault me if I did not escape,” she wrote.

Berrin did not identify Shavit by name in her original account, but her descriptions of the person she accused of assaulting her as “an accomplished journalist from Israel” with dark hair and eyes who had recently published an influential book led to widespread speculation that it was about Shavit.

A day later, another Jewish-American journalist, Avital Chizhik, a contributor to Haaretz, The New York Times and Tablet magazine, revealed on Twitter that she had an almost identical experience to the one described by  Berrin with another Israeli journalist, whom she did not name.

On Thursday, Hillel International, the Jewish campus group, announced it was suspending a speaking tour it arranged for Shavit in the United States “in keeping with our strong position against sexual assault.”

J Street decided to stop inviting Shavit to speak at the group’s events following the incident with its staffer in Baltimore, the Forward reported.