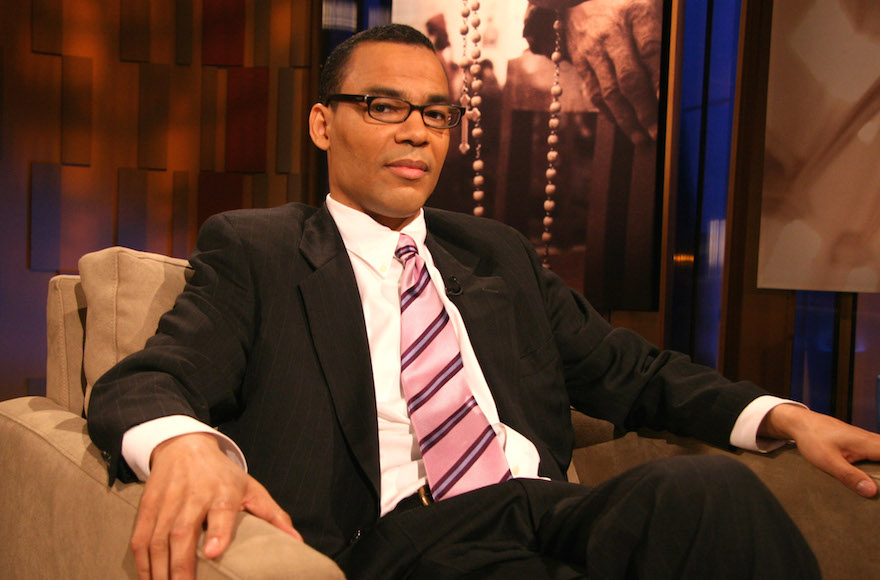 He just believes a cabal of “greedy Jewish landlords” is conspiring, funded by money from Israel, to conduct “ethnic cleansing” of black and Latino residents from Harlem. He believes the Jewish media are covering it up.

And if his rhetoric makes Jews upset?

“Only now am I realizing that Jewish people can’t seem to separate themselves from each other,” he told JTA in an interview Friday. “An attack on greedy Jewish landlords is perceived to be an attack on all Jews. And you know what? Too bad. If that’s the way the Jewish community wants to take it, too bad.”

Lopez-Pierre is running a primary campaign against Democratic City Council member Mark Levine, who since 2014 represents a district covering much of West Harlem in Upper Manhattan. Lopez-Pierre previously ran for the seat in 2013, unsuccessfully.

His screed against Jewish landlords is at the center of his campaign. His Twitter bio reads “Jewish landlords OWN 80% of private rental buildings in Upper Manhattan; GUILTY of GREED for pushing Black/Hispanic tenants out.”

During a 20-minute conversation, I tried to extract why Lopez-Pierre thought the landlords’ religion was important. He repeated the 80 percent figure — but wouldn’t provide any evidence for it — and launched into a lecture on what he called “group economics,” or how members of a certain ethnicity or religion work together for their mutual benefit.

Lopez-Pierre alleged that there was a scheme among Jewish landlords in Harlem to take investment money from Israel, buy apartment buildings in the historically black neighborhood and push tenants out.

“These Jewish landlords are using their ownership to engage in ethnic cleansing of black and Latino tenants,” he said. And he added that Jewish journalists choose not to report on it.

“Your colleagues in the Jewish media, they don’t want to talk about this,” he said. “But maybe you have a pair of balls. I’d be impressed.”

Lopez-Pierre says he’s a licensed real-estate broker. He’s also behind a series of apparent business ventures in Harlem to promote African-American patronage of African-American-owned businesses, but it’s unclear how active any of them are.

One venture was the “Harlem Restaurant Book,” a guide to black-owned restaurants in the neighborhood. But now, the website harlemrestaurantbook.com is the homepage for the Harlem Family Eviction Prevention Fund, a tenants’ rights group also chaired by Lopez-Pierre. The fund has an empty events calendar, and its record of “bad landlord news” ends in 2015. Lopez also created a site for the Harlem Real Estate Fund, where he’s the only employee.

At least one venture of Lopez-Pierre’s appears to have netted him some cash. According to the New York Post, he raised more than $5,000 with a crowdfunding campaign by pretending it was an effort to oppose him.

Lopez-Pierre dismissed the idea that he was engaging in anti-Semitic bigotry.