Amy Schumer takes down sexist heckler at show in Sweden 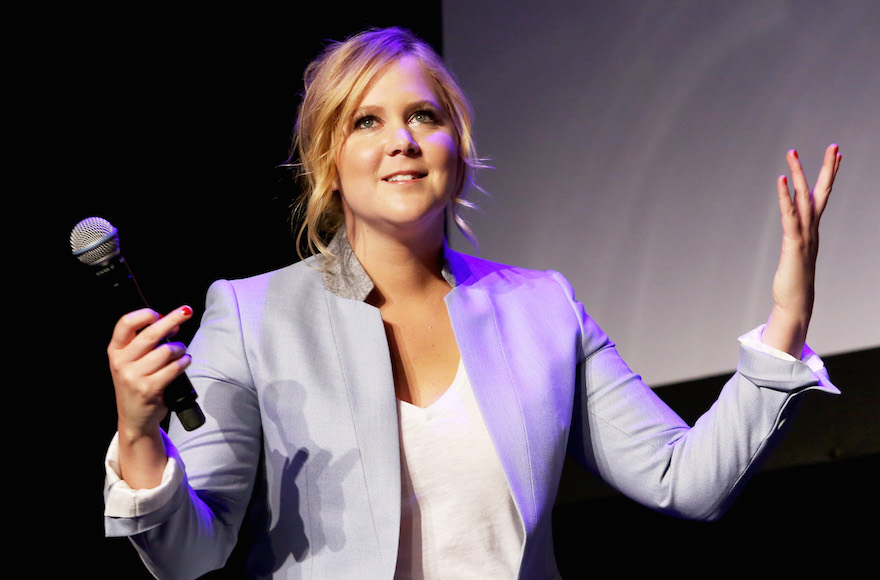 Amy Schumer speaking about her film “Trainwreck” at the 2015 Tribeca Film Festival on April 19, 2015, in New York. (Robin Marchant/Getty Images)

Amy Schumer didn’t choose to ignore a man who heckled her at a show in Stockholm. Instead she incorporated him into her comedy routine.

When an audience member yelled for the Jewish comedian to bare her breasts, only two minutes into her stand-up act on Wednesday, Schumer made the audience point out the heckler.

“OK, wait, I want the guy who just yelled ‘show us your t–s’ to come up here,” she said. “Everybody point at him, so I know which one.”

The actress, who won an Emmy Award for her comedy series “Inside Amy Schumer,” proceeded to mock the man.

“How’s that working out?” she asked, after he said he works in sales. “Is it going well? Because we’re not buying it.”

“That’s really cute, but if you yell out again, you’re going to be yelling ‘show your t–s’ to people in the parking lot, because you’re going to get thrown out, motherf—er” she said.

But the man didn’t take the hint. When he shouted again, Schumer threw him out of the venue, with the audience cheering.

“We’re going to miss you so much,” she joked. “I already miss you.”