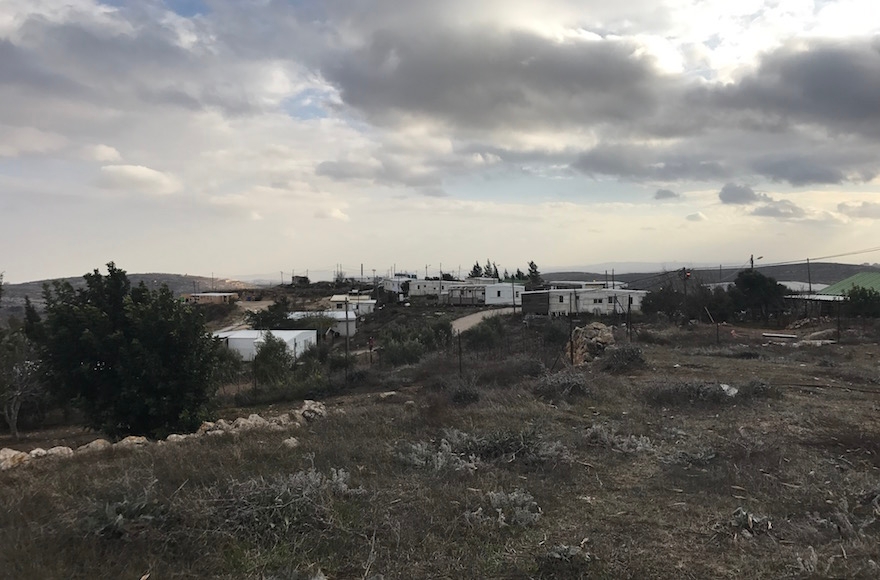 The residents voted 45 in favor, 25 opposed, with two abstentions to approve the deal.

Late on Saturday night Israeli Prime Minister Benjamin Netanyahu and right-wing Jewish Home leader Naftali Bennett met with Amona families to offer a final deal that would double to 24 of the outpost’s 40 families a place on a nearby plot of land on the same hilltop and would assist the other families in finding homes nearby.

The offer comes after residents early Thursday morning voted 58-20 against a deal that would have seen about a dozen families relocated to another plot on the hill and the rest resettled in the nearby settlement of Ofra, a deal that a representative of the Amona residents said offered no commitments and described as “Swiss cheese.”

The new deal would require the Supreme Court to give the Israeli government an extra month to prepare living spaces on the new plot of land, which has been declared abandoned by its previous Palestinian residents.

The Supreme Court determined that the outpost was built on Palestinian-owned land and ordered the residents to be removed by Dec. 25. It has turned down two extension requests for the deadline, but is expected to be amenable to the new request.

“We have done the maximum,” Netanyahu said at the start of the regular weekly Cabinet meeting on Sunday. “Now I can only hope that the residents of Amona, who are now discussing the proposed outline among themselves, will accept it and this would be the right decision for them, for settlement, for the entire people of Israel and for the State of Israel.”

Netanyahu also said: “In recent months, especially in the past few weeks and the last few days, and yesterday, we have been making very great efforts to reach an agreed-upon solution in Amona. We have held dozens of discussions and submitted very many proposals, some I would say out-of-the-box, very creative proposals. We did so out of goodwill and love for settlement; love for settlement, indeed so. There has not been a government that showed more concern for settlement in the Land of Israel and no government will show more concern.”

Some 1,000 people gathered in Amona on Saturday night to show support for the outpost and to hunker down to block the evacuation. Israel Defense Forces soldiers also reportedly have arrived in the area in preparation for the evacuation, which reportedly will take place this week.

In an open letter to the Amona residents, that also was posted on his Facebook page, Netanyahu on Friday called on the families to refrain from violence against the soldiers that will be sent to evacuate the outpost and to remove their children from the site prior to the evacuation.