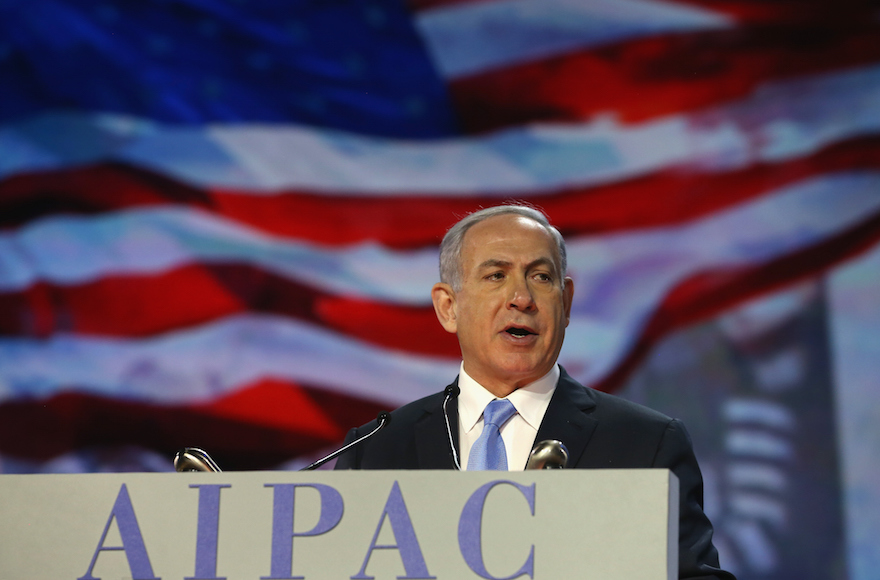 WASHINGTON (JTA) — AIPAC called on Congress to reject the Iran nuclear deal, saying it does not meet critical markers AIPAC outlined in recent weeks. President Barack Obama stepped up his defense of the deal.

“We strongly believe that the alternative to this bad deal is a better deal,” the American Israel Public Affairs Committee said in a statement Wednesday delivered after Obama conducted a long press conference defending the deal achieved a day earlier.

“Congress should reject this agreement, and urge the administration to work with our allies to maintain economic pressure on Iran while offering to negotiate a better deal that will truly close off all Iranian paths to a nuclear weapon,” AIPAC said.

Obama in his press conference, which lasted over an hour, seemed eager to counter criticism of the deal.

“With this deal we cut off every one of Iran’s pathways to a nuclear program, a nuclear weapons program,” he said.

Under the law, Congress may disapprove a deal. AIPAC’s call to reject the deal will make it likelier that Congress will send Obama a “No,” although it is unlikely that opponents will have the numbers to override a presidential veto, which Obama has pledged to deliver. Disapproval requires a simple majority in both chambers while overriding a veto requires two-thirds majorities.

AIPAC had on Tuesday expressed skepticism about the deal, but held back from calling for its rejection until details of the deal were clearer. A number of other major Jewish groups have expressed reservations about the deal, but only a handful so far have come out absolutely on either side.

Israel outright rejected the deal as soon as it was released and plans on lobbying Congress to reject it. In a show of national unity, Yitzhak Herzog, the leader o the opposition Zionist Union Party, is coming to Washington next week to lobby against the deal.

AIPAC said the deal did not meet key markers AIPAC has circulated since June. Among other complaints it outlined, it noted that that inspectors would not be granted immediate access to sites, lifts restrictions as early as eight years, does not require dismantlement of centrifuges, and allows sanctions relief before compliance, although Obama administration officials have said that sanctions will not be lifted until Iran meets certain markers.

AIPAC appeared to challenge claims by Obama – made as recently as his Wednesday press conference – that the likeliest alternative to the deal was war.

“Proponents of the proposed agreement will argue that the only alternative to this agreement is military conflict,” it said. “In fact, the reverse is true. A bad agreement such as this will invite instability and nuclear proliferation. It will embolden Iran and may encourage regional conflict.”

Obama in his press conference asked lawmakers not to heed lobbyists in considering the deal. Earlier Wednesday, his vice president, Joe Biden, had met Democratic lawmakers in a closed session to persuade them to back a deal. Republicans overwhelmingly oppose the deal.

J Street announced Wednesday that what it said would be a multimillion dollar campaign will make the case to lawmakers that the agreement reached Tuesday between Iran, the United States and several world powers “advances both U.S. and Israeli security interests.” A source said that the lobby had so far raised $2 million.

“J Street wants Congress to know that, despite some loud opposition to the deal coming from Jewish organizational leaders, our polling suggests that a clear majority of Jewish Americans agrees with us and backs the deal.”

The campaign will launch this week with a 30-second TV advertisement highlighting the unprecedented inspections and monitoring of Iran’s nuclear and military sites under the agreement, along with more broadcast and print ads over the next 60 days.