Aging Poles who rescued Jews during the Holocaust are at risk from the coronavirus. So this Jewish group is delivering food to them. 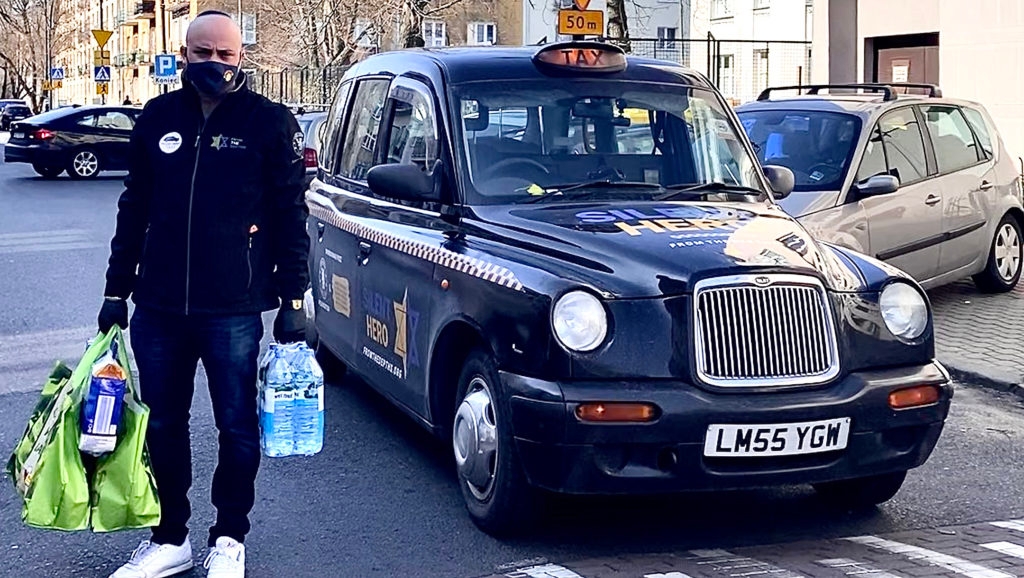 (JTA) — As a teenager in Warsaw during the Holocaust, Krystyna Kowalska helped save a Jewish family of four who hid at her family’s bakery.

She does not remember being afraid, even though if they had been discovered her whole family would have almost certainly been shot dead on the spot along with the Jews they hid.

But now, at the age of 88, Kowalska is fearing for her life because of the coronavirus, the fatality rate of which is especially high in individuals older than 70.

“It’s a scary time for me to be outside as I see the impact of this virus on my age group,” said Kowalska, a widow whose son has died and who lives alone in a third-story apartment without an elevator.

Across the world, people from her generation have minimized their interaction with the outside world to avoid contracting COVID-19.

For rescuers of Jews in Warsaw, that task became considerably easier this week.

The From the Depths commemoration group, which last year began offering free taxi rides to these rescuers, converted its small fleet of four cars into a delivery service that is designed to fulfill the recipients’ basic needs at their homes while taking care to expose them to as little risk as possible.

Since Sunday, the foundation has delivered groceries to about 20 people recognized as Righteous Among the Nations, Israel’s title for non-Jews who risked their lives to save Jews from the genocide. The cabs are disinfected after each delivery and the group’s founder, Jonny Daniels, said he delivers the groceries personally to the recipients wearing a mask and gloves.

“After the pandemic broke out, we started seeing more demand, not less, for the taxi,” he said.

The Righteous became more reliant on the taxis to get around because it was less risky than public transportation, Daniels said.

“But they still need to buy food, often at several supermarkets because of hoarding,” which has created shortages in basic products, he added.

So From the Depths made a list of 40 addresses and plans to make home deliveries to all of them by Saturday.

To keep the cabs virus free, From the Depths paid for overpriced disinfectants, which its staffers – the association has several drivers, an administrator and dozens of volunteers — apply between rides.

By Tuesday, Poland had more than 200 confirmed cases of the coronavirus and five fatalities from it.

“We consulted medical staff and the technique we use is basically the same as what they do in ambulances,” Daniels said.

Daniels said some recipients of his deliveries have become his friends over the years, inviting him in for tea. Some are lonely.

“I politely refuse the invitations,” he said. “These are people I usually hug and kiss on the cheek at events, but these days I just carry the bags into their apartments and I’m out of there.”

Kowalska, who is one of just a few dozen living rescuers in Poland, said she understands the situation.

“It’s a kind service. It means that I don’t have to go outside and risk my health. The fact that I can trust them means the world to me,” she said

From the Depths staff has started to set aside time for phone chats with the Righteous to help combat their sense of isolation, said Oliver Wangart, the chief driver and head of logistics for a service the association calls Silent Hero.

The delivery and taxi service is only available in Warsaw, which is already straining the From the Depths budget, Daniels said.

“But these are people who stood up for the Jews in our people’s hour of need,” he said. “Well, now this is their hour of need and we need to stand up for them.”