(JTA) — The Anti-Defamation League has created a position dedicated to fighting anti-Semitism and bigotry on the internet.

The hiring of Brittan Heller, a lawyer who has prosecuted cyber crime at the U.S. Department of Justice and the International Criminal Court in The Hague, follows the ADL’s formation of a task force earlier this year to combat online harassment of Jewish journalists. 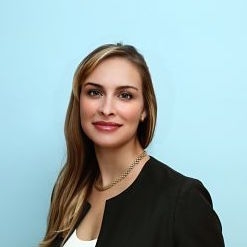 Heller will be the group’s first director of technology and society, the ADL announced Monday.

From her base in Northern California’s Silicon Valley, Heller will work to reduce hateful rhetoric on the internet in collaboration with technology companies and law enforcement.

Heller, a graduate of Yale Law School, has herself been a victim of cyber harassment. In 2009, she and a fellow Yale alumna settled a high-profile lawsuit against a group of online commenters who posted sexually explicit comments about them on an internet forum.

“As the use of social media and technology to marginalize Jews and other communities increases, Brittan’s new role is at the forefront of the fight against anti-Semitism and all forms of bigotry,” ADL head Jonathan Greenblatt said of Heller’s position in a statement.

The ADL had created the task force to deal with anti-Semitic and racist harassment of journalists on social media platforms.

This election season has seen a number of high-profile cases of Jewish journalists being harassed by supporters of Donald Trump, notably in May, when reporter Julia Ioffe was flooded with anti-Semitic death threats after she wrote a critical profile of the Republican nominee’s wife, Melania.