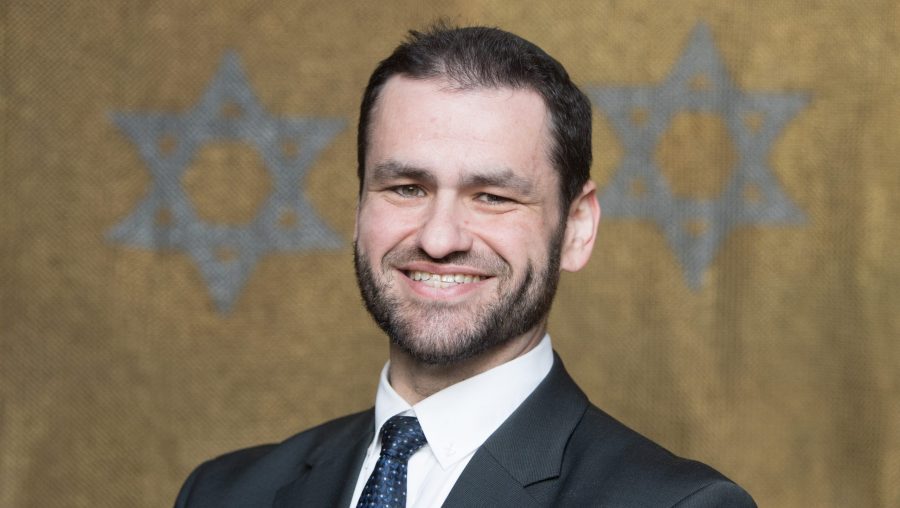 (JTA) — The thought of leaving his native Hungary to study Judaism in Berlin “seemed totally crazy” to Zsolt Balla when he first considered it.

“I mean, Germany of all places?” he said.

But a decade in the country that engineered the destruction of European Jewry has changed him. Balla became one of the first rabbis ordained there in 70 years. Then he inspired a following worldwide as he prayed alone from his Leipzig synagogue during the pandemic.

And now he has made history after being tapped to be the first Jewish chaplain to serve in the German army since the Holocaust.

Balla, 42, said the fact that the army has restored the position of Jewish military chaplain — a move that happened last year at the urging of Germany’s organized Jewish community — is a clear sign that Jews “have a future in Germany.” But he said he understands why some might find it jarring that he is working for an institution that made the Holocaust possible.

“I completely understand any reflex like that,” Balla said. “But at the same time, it stops being so difficult after a certain time, a certain historical distance, after sufficient reforms and atonement. And I believe the distance has been reached.”

Balla cited the emphasis on ethics education in the German army, known since its postwar overhaul as the Bundeswehr, as important to his decision to join. Every member of the Bundeswehr, regardless of rank or assignment, receives two hours each month of ethics instruction, which Balla said was “much more than in other countries because they understood the historical weight that they have to carry.” The army also cultivates “inner leadership” that soldiers are encouraged to follow even when it clashes with direct orders. 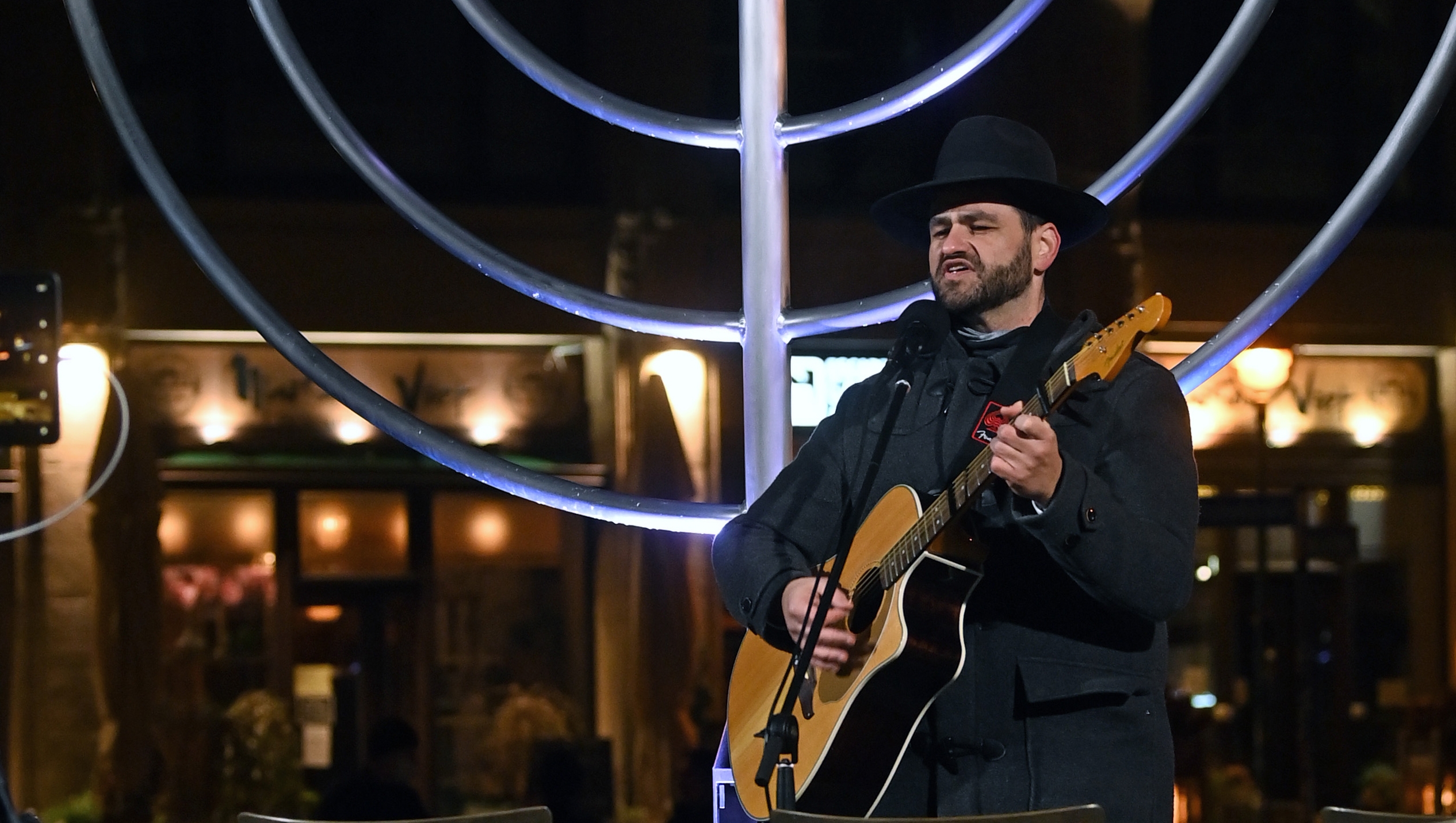 This is important because Balla wants more German Jews to feel comfortable to join the army, which has no mandatory conscription, and the some 300 Jews who are already serving to make Judaism a bigger part of their lives.

“There’s the symbolism of the German army once more having rabbis as chaplains, and that’s great and important,” said Balla, who was ordained in 2009 as an Orthodox rabbi in Berlin. “But we’re building a Jewish chaplaincy mainly for the soldiers: those who serve now but also with an eye to the future. It’s like construction. First you make apartments, then the tenants will come. It’s a gradual process.”

But there are forces making the German army a less welcoming place for Jews.

Last year, Germany’s Military Counterintelligence Service said it was working on about 600 suspected cases of right-wing extremism, including 20 pertaining to the KSK elite commando unit. One KSK soldier with alleged far-right tendencies, a sergeant major, was arrested and had been hoarding weapons, authorities said. The army has about 250,000 people, including civilian employees.

Combating such phenomena and highlighting the contribution of Jews in the armed forces are also part of Balla’s job, he said.

The rabbi’s own Jewish identity was built very gradually, preparing him in various ways to the chaplaincy.

Balla was born in Budapest to a non-Jewish father, a senior army officer who ran a large base, and a mother who defined herself as Jewish culturally but did not practice the faith.

His late father deliberately stayed away from his son’s ritual circumcision.

“My father fully supported having me circumcised, but he had to stay away because it was 1979, Hungary was still communist, and if it ever came out that a high-ranking officer participated in such a religious rite, he would have had real problems,” Balla said.

At the age of 9, Balla began developing an interest in Bible stories and, not knowing he was Jewish, told his parents he would like to go to church.

“At which point my mother told me, ‘We need to talk,’” Balla recalled.

At 12, Balla began attending the Lauder Javne Jewish School in Budapest, which had opened the previous year after decades in which such schooling was banned under communism. He was on the path to making more room in his life for Judaism.

“My parents never participated on this journey but always supported me through it,” he said.

Om Yom Kippur, his father would join Balla on the 90-minute walk to the nearest synagogue, where Balla would spend the whole day.

“Then in the evening, my father would pick me up with the car and we went to McDonald’s, where I had a chicken burger,” he recalled.

As an Orthodox rabbi, Balla now leads a fully observant lifestyle, he added.

“But I also wanted to study abroad. And one idea was to study Jewish studies in Berlin,” Balla said.

From 2002 to 2009 he studied Judaism, and was ordained in ’09 at the Hildesheimer Rabbinical Seminary.

He met his wife, Marina, an immigrant to Germany from the former Soviet Union, and they settled in her hometown of Leipzig, where Balla became the resident Orthodox rabbi of its Jewish community.

The son of an army officer with experience in technical fields and in secular life, Balla was an obvious pick for the new position of Jewish chaplain that the German army announced in 2020 at the encouragement of the Central Council of Jews in Germany, to which the Jewish Community of Leipzig belongs.

He will continue to serve as the rabbi at his synagogue, IRG, on top of his army duties. Balla said he will also remain an active member of both the Orthodox Rabbinical Conference of Germany and the Conference of European Rabbis.

His life trajectory has prepared him for working with service members who are largely nonobservant, he said.

“I grew up watching my father doing whatever he needed to do for the welfare of the soldiers on his base,” Balla said. “And I have made a journey. I don’t want to turn my back to who I was before or what I used to do before. I’m a continuation of it. It’s an organic development. And that’s what I’m taking with me to the office.”

In the first few months on the job, Balla will focus on establishing the infrastructure for facilitating Jewish life on German bases. This includes obtaining Torah scrolls for on-base shuls, developing holiday events and packages, and community-building activities.

Then there’s the issue of kosher meals.

“There isn’t kosher food on German army bases, and that’s going to be something we look at,” Balla said, although he noted that right now there is no demand for it. Army personnel who wish to eat kosher-style go for vegetarian options, and the few who eat kosher-certified food make their own arrangements with the Jewish communities near where they serve.

A large part of the job will be simply to be available, Balla said.

“I want Jewish soldiers in the German armed forces to know that they have an address,” he said.

The post A rabbi from Hungary will be the German army’s first rabbi chaplain since the Holocaust appeared first on Jewish Telegraphic Agency.