(JTA) — When she’s not busy with her four kids, Ellie Balouka can usually be found in her kitchen at home in Paris, where she makes colorful salads, creative stuffed baguettes and poke bowls that have become the rave among kosher-keeping locals.

The 33-year-old American-born chef has become so popular since starting a kosher catering business last year that now she’s working to open her own kosher restaurant in the French capital, where she lives with her husband and kids.

But earlier this month she switched gears after learning that kosher-keeping Jewish doctors and nurses treating coronavirus patients were going empty-handed while their colleagues enjoyed free food from local non-kosher restaurants.

“They say, ‘We get deliveries every day, but we can’t eat a single thing,’” said Balouka, who grew up in Columbus, Ohio, and moved to Paris about 14 years ago.

She decided to change that.

Since Passover, Balouka has cooked and delivered some 60 meals to medical workers at hospitals in and around Paris. She has raised approximately 1,500 euros, or $1,625, and has contributed an additional 500 euros, or $541, of her own money to cover the cost of the meals.

“The meals are free for them so they can go to work and say ‘Today I don’t have to prepare my lunch. I don’t have to even think. I know somebody is going to bring me a meal,’” she said.

France has been on lockdown since mid-March and is among the countries in Europe that have been hardest hit by the coronavirus, with more than 22,000 deaths. Hospitals there have been scrambling to find enough ventilators and beds for COVID-19 patients.

Balouka delivers the meals herself, driving as far as 45 minutes outside Paris to get the food to doctors and nurses. 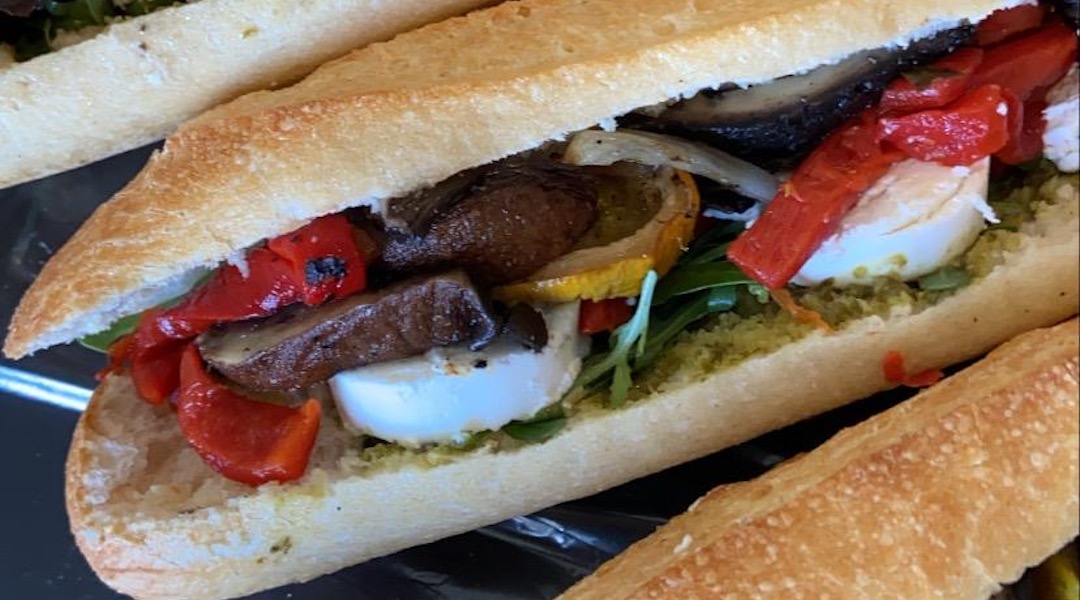 Here’s one of Balouka’s goodies: a grilled vegetable and goat cheese sandwich. (Courtesy of Balouka)

For the hospital deliveries, she has been focusing on meals that are “simple and delicious” and don’t require reheating.

She has made baguettes filled with smoked salmon, watermelon radish, red onions and caper dill mayonnaise, and other breads featuring an array of grilled vegetables — peppers, zucchini, portobello mushrooms and eggplant — with goat cheese and pesto. She also has brought in salmon and rice poke bowls topped with avocado edamame, mango and sweet potatoes.

Balouka says the doctors and nurses who receive her food have been “shocked” by the gesture and “really impressed.”

Prior to starting her catering business Balouka, who identifies as a member of the Orthodox Chabad-Lubavitch movement, used to lead shopping tours, taking American visitors to trendy boutiques throughout the city. But she stopped working after having her third child because of scheduling issues.

A year and a half ago, she decided to give cooking a try and started making salads and poke bowls in her home. The demand grew quickly, from a few orders a week to 30 a day, and a month later she opened her own catering company, By Ella. Balouka is now in the process of opening her own restaurant, which will be located in the city’s Opera neighborhood, between the 9th and 2nd arrondissements. It will serve kosher “homestyle food,” including sandwiches and salads. 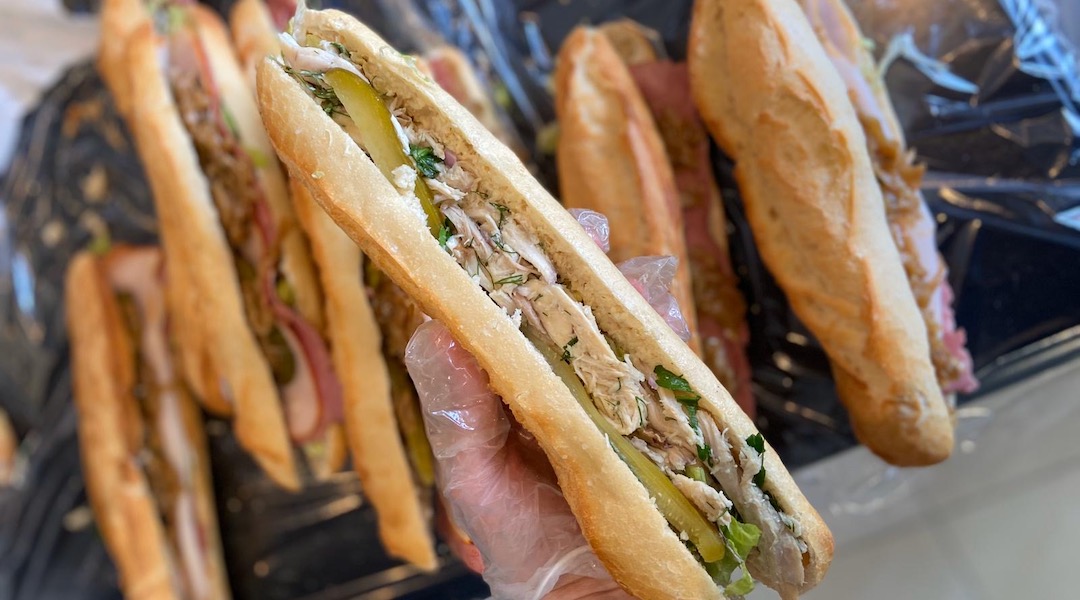 Balouka is bringing in “simple and delicious” meals, like this chicken salad sandwich, that don’t require reheating. (Courtesy of Balouka)

Though Balouka never attended culinary school, she cooked from an early age alongside her mother, a caterer.

“I was basically always in the kitchen with her since she was always at work, so I kind of just learned by watching,” she said.

Balouka hopes that more restaurants and caterers that make up the thriving kosher food scene in Paris join her efforts.