A cop displayed Nazi symbols and joked about the Holocaust. A city near Seattle paid him $1.5 million to go away 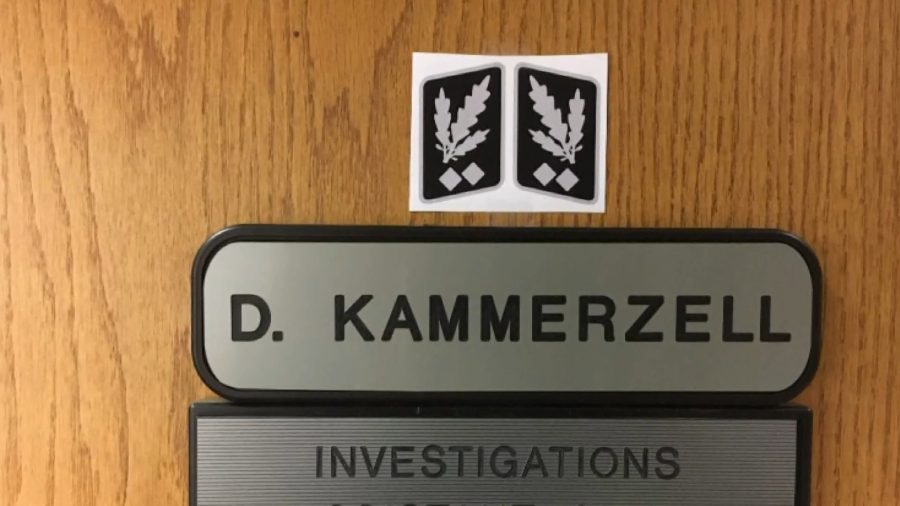 (JTA) — Seattle’s Jewish community was outraged that an assistant police chief who displayed Nazi symbology got off with a two-week suspension and sensitivity training. It called on the city of Kent to “treat the offenses with the seriousness and care they deserve.”

So the small city near Seattle got serious and paid Assistant Chief Derek Kammerzell $1.52 million to go away.

In a statement last Friday, the Jewish Community Relations Council of the Jewish Federation of Greater Seattle said that while it was “disturbing” Kammerzell came away with the substantial settlement, it was “grateful” he was gone.

In September 2020, a colleague reported that Kammerzell had taped the insignia of an SS officer to his door. Fellow officers said that Kammerzell, who is of German heritage, often joked about the Holocaust, once saying “that his grandfather died in the Holocaust after getting drunk and falling” out of a guard tower, The New York Times reported on Tuesday.

In its statement last December, the Seattle JCRC said it was “horrified” to learn of Kammerzell’s actions, which had come to light because of the publication of an internal police department investigation, and the scope of his punishment.

“The two-week suspension and sensitivity training given in response are completely inadequate, especially at a time when incidents of hate against the Jewish people are higher than they’ve been in almost 45 years,” it said.

It concluded, “We call on the City of Kent to immediately revisit the situation, publicly recognize the harm and hurt caused to our Jewish community, and treat the offenses with the seriousness and care they deserve.”

City officials said in a release last week that the city could not negotiate the termination settlement down further from $1.52 million, about half the $3.1 million Kammerzell’s lawyer originally asked for, because Kammerzell’s 27-year record was unblemished by disciplinary action and community complaints and because of “double jeopardy principles,” a reference to the fact that the city had already punished Kamerzell for the same offense with the two-week suspension.

The city’s statement noted that it had consulted throughout the process with members of the Jewish community, including the JCRC.

“Since January, our professional team has had the opportunity to work closely with the City of Kent on their response,” the JCRC said in its more recent statement. “We are impressed by the seriousness, humility, and sensitivity with which Mayor Dana Ralph and her team are addressing both Kammerzell’s specific actions and tackling antisemitism overall.”

—
The post A cop displayed Nazi symbols and joked about the Holocaust. A city near Seattle paid him $1.5 million to go away appeared first on Jewish Telegraphic Agency.