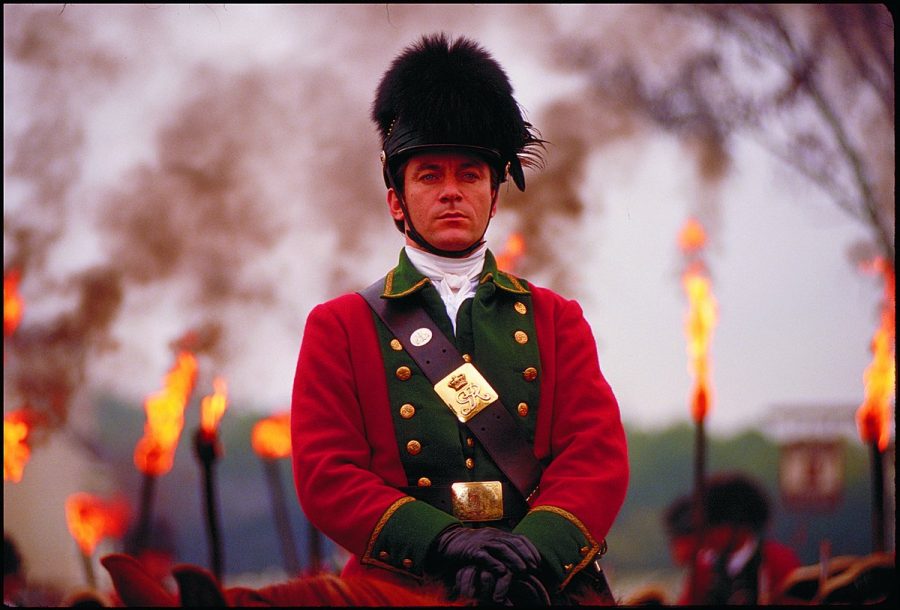 Every great actor should have the ability to portray a great antagonist. Put it on the theater arts call sheet or curriculum: the performer who can play both an equally involving and multi-faceted good guy, as well as a sinister villain. Jason Isaacs certainly fits the bill.

The Liverpool native, whose parents were both born in Eastern European Jewish families, tacked on another great performance on his growing list of accolades with “Mass,” which just hit theaters this past Friday. Playing a grieving parent looking for answers years after a school shooting, Isaacs tore into the role with his usual blend of gusto, vulnerability and intensity. Isaacs’ eyes are always his finest co-pilot, and Fran Kranz’s film proved they can level a moviegoer inside one scene.

But Isaacs can play so many types of characters, most of them sitting on the antagonistic side of character building. Let’s take a look at five of his best roles, ones that a fan of his work such as myself would call essential. My thoughts on his work in “Mass” are right here, so let’s go dive into his past and find out what roles still carry weight.

Colonel Williams Tavington in “The Patriot”

Mel Gibson haters and critics should be fond of this role, with Isaacs’ evil British officer giving the former box office movie star a hard time over the course of this film. A star vehicle for Gibson produced a glorious villain role for Isaacs, who stepped up and leaned into the portrayal of a sadistic man who wreaks havoc on a farmer’s (Gibson) life, as well as his family. Heath Ledger fans won’t really like Tavington in this role either. Without Isaacs going all the way here, the movie would truly suffer. (Available with a subscription on Amazon Prime Video and Sling TV.)

Steele in “Black Hawk Down”

No one would call this part a big one for the actor, but it capitalized on his intensity and ability to carve out a personality with only a supporting role. Ridley Scott’s film isn’t exactly a pleasant watch, focusing on a dangerous real-life mission back in Oct. 1993 where 160 U.S. soldiers try to capture two lieutenants. Drawn up to be a quick mission, they quickly found themselves in a dog fight with a large group of Somali soldiers. The Battle of Mogadishu is grippingly accounted for in Scott’s relentless film, and Steele fits into that ruthless world perfectly. In one scene, the head-shaven Isaacs tries to grill Eric Bana’s soldier, telling him to use the safety with his weapon. Bana’s response to Isaac, holding up his finger: “This is my safety, sir.” (Available on HBO Max and Amazon Prime Video with a subscription.)

Easily one of Isaacs’ most layered roles, playing the ex-con/bad news all around brother of a Boston politician (Jason Clarke). One of those problematic brothers with a rap sheet as long as his arm, Michael desperately tries to keep his brother at bay and continue a life that only has one direction attached. The acting and writing on the show was top notch, even if it only ran for three seasons on Showtime back in 2006-08. A heated exchange between Clarke and Isaacs features an all-time line and sums up the latter’s true impact on their family: “You’re like a tornado, Michael. You suck everything up and spit it out broken.” (Available to stream on Showtime.)

Field Marshal Zhukov in “The Death of Stalin”

Once again, Isaacs takes a small role and makes it stick out in a wonderful ensemble film. Armando Iannucci’s film, which he co-wrote and adapted from a comic book, presented an intriguing setup: What if Joseph Stalin suddenly dies and his Council of Ministers scramble for power in awful and hilarious ways. Isaacs played the leader of the Red Army who walks into a situation late in the film without knowing exactly what happened, and the actor essentially plays dumb and stern for a few minutes in an entertaining fashion. Like a Swiss Army Knife, Isaacs can fit in any script. ($2.99 on Amazon Prime.)

Wildly overlooked back in 2018, this tension-packed thriller rode high on Dev Patel’s engrossing lead performance, but Isaacs carved out a nice unlikely hero role for himself. Director Anthony Maras’ film chronicled the real-life terrorist attack at the Taj Hotel in Mumbai, which sent hotel staff and civilians fighting for their lives over the course of a day. Playing the well-equipped Vasili, Isaacs got to flip his usual action villain speed on its head, fighting the good fight alongside Patel. A supporting role that proves again there are no small parts, just small actors.

Isaacs is definitely a large talent, one well-equipped to big and small movies–ones carrying all kinds of roles. At his best, he’s best utilized in ensembles, something proven to a tee in his latest film, Jay in “Mass.” The role brought together his best attributes as an actor and showed a few new ones as well. After you take that in this week at the theater, track down these Isaacs essential roles at home.