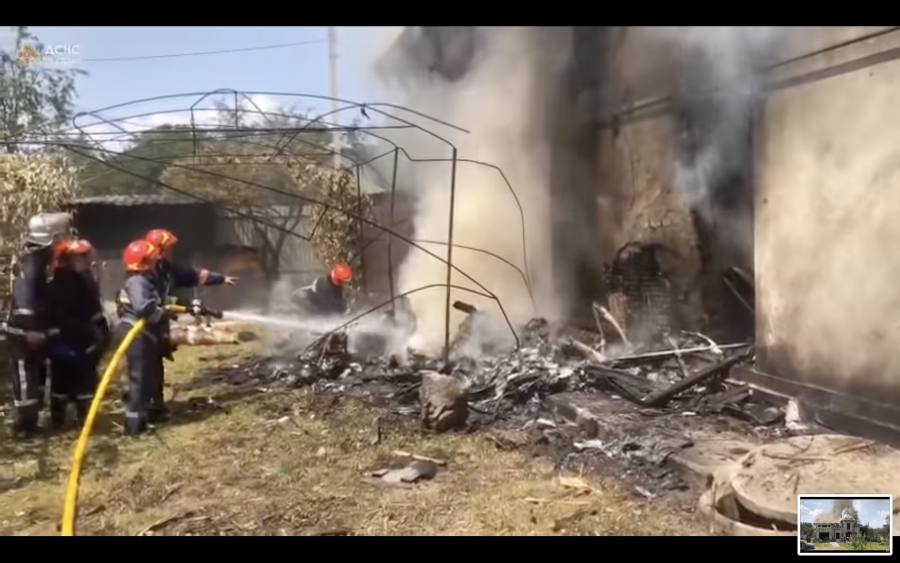 Firefighters respond at the scene of a plane crash at a house in Sheparivtsi, Ukraine on July 28, 2021. (Screenshot/YouTube)

(JTA) — Three Jerusalem yeshiva students and their pilot died when their small plane crashed into a house in western Ukraine on Wednesday, according to reports in Ukrainian and Haredi media.

The three young men were fellow students at Mir Yeshiva, an Orthodox yeshiva in Jerusalem.

They were in Ukraine on a tour of Jewish holy places and had taken a sightseeing flight on Wednesday afternoon, The Yeshiva World reported.

Their plane struck a house near the village of Sheparivtsi in the Prykarpattia region. The cause of the crash isn’t yet known.

Jewish community representatives in the United States are in touch with local authorities about ensuring a timely religious burial for the three Jewish men.