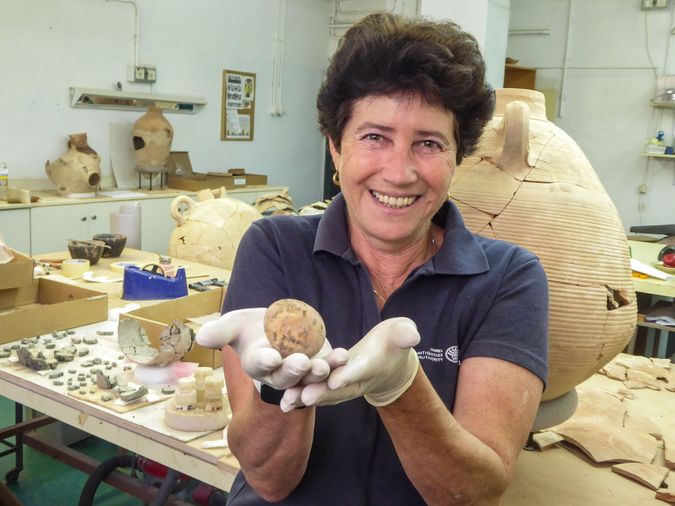 This story originally appeared on TheFoward.com

In the latest installment in the eternal debate over which came first, an intact chicken egg dating from roughly 1021 CE was discovered in Yavne, a city in central Israel, archaeologists announced Wednesday.Found protected in a cesspit, the gem was discovered by Israel Antiquities Authority archaeologists during their excavation of Yavne as part of an urban expansion project in the city.

Dr. Lee Perry Gal, a leading expert on poultry in the ancient world, explained the rare nature of the find.

“Eggshell fragments are known from earlier periods, for example in the City of David and at Caesarea and Apollonia, but due to the eggs’ fragile shells, hardly any whole chicken eggs have been preserved. Even at the global level, this is an extremely rare find,” she said. “In archaeological digs, we occasionally find ancient ostrich eggs, whose thicker shells preserve them intact.” 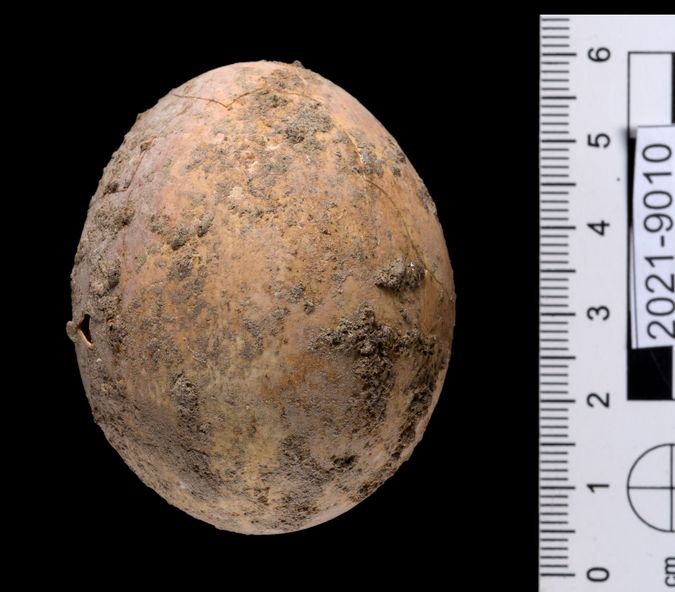 An up close view of the discovery.

The archaeologists said that the egg was preserved primarily due to the nature of where it was found, encased in a layer of human waste that yielded unusual anaerobic conditions.

“Even today, eggs rarely survive for long in supermarket cartons. It’s amazing to think this is a 1,000-year-old find,” said Israel Antiquities Authority archaeologist Alla Nagorsky, excavation director at the site of the discovery.

Chickens have been in Israel since the Hellenistic and Early Roman periods 2,300 years ago. Throughout the Islamic period, following the seventh century CE, there was a prohibition on eating pork, reflected in the decrease of pig bones at sites in the region.

“Families needed a ready protein substitute that does not require cooling and preservation, and they found it in eggs and chicken meat,” explained Perry Gal.

Despite extensive efforts by archaeologists and a conservationist to preserve the egg’s condition, its shell cracked in the Israel Antiquities Authority’s organics laboratory.

“There’s not not much left. There was barely some yolk left inside, but it’s more or less empty,” Perry Gal told the Forward. “We’re going to take the remains and extract some collagen to try to do DNA sequences.”

The excavations in Yavne – directed by Dr. Elie Haddad, Liat Nadav-Ziv and Dr. Jon Seligman – have explored a diverse industrial area dating from the Byzantine period. Other finds from the cesspit include three bone dolls used as toys during the Islamic-period some 1,000 years ago.