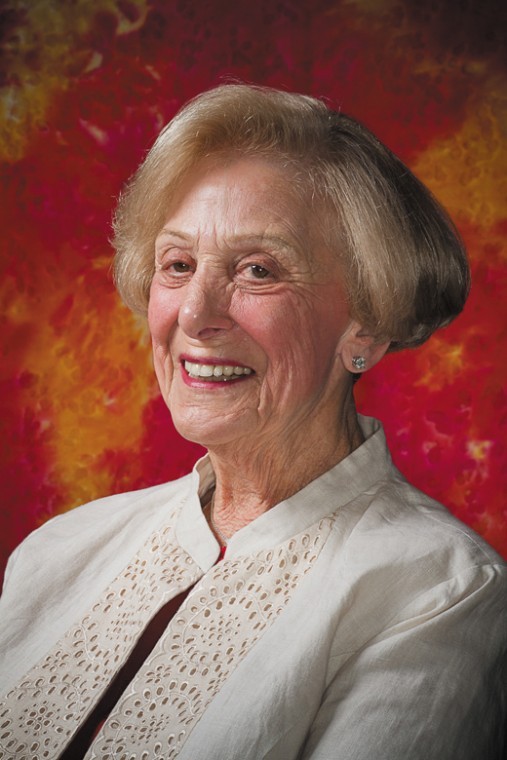 “In Greek and Roman mythology the goddess of wisdom, Pallas Athena or Minerva, was symbolized by an owl. The creature’s keen ability to see through darkness, obscurity and symbolic ignorance, made it synonymous with education and intellect.”

The above comes from a report about owls by the Cornell Lab of Ornithology at Cornell University. While I realize that the “OWLS” I am about to discuss are not birds but rather humans, I still was struck by some similar qualities, including wisdom, education and intellect.

This year’s Gateway Voice of Midlife and Older Women, a.k.a. OWL, 2011 Women of Worth, a.k.a WOW, are truly WOWalicious. This is a group of community powerhouses who know how to make it happen and by it, I mean whatever volunteer effort they are championing.

OWL is a national grassroots organization that focuses solely on improving the status and quality of life for the 58 million American women midlife and older. Of the 13 WOW being honored at a luncheon Thursday, Oct. 13 at the Missouri Athletic Club, six are Jewish. Here’s a bit about them (lack of space doesn’t allow mentioning all of their efforts):

Judith Gall, Lifetime Achievement Award. She was a founding Board member of the St. Louis Holocaust Museum and Learning Center. Gall and her husband sponsor the annual Student Holocaust Art & Writing Contest, dedicated to the memory of the 1.5 million children who perished in the Holocaust. Best advice she received: “Go out and ask them and if they turn you down, just thank them politely for their time.”

Diane Gallant – Tikkun Olam (Repairing the World). She was one of the founders of Life Seekers, which saved the lives of many infants and moved St. Louis from first in infant mortality to fourth.  She also volunteers tirelessly for Jewish Federation, the Jewish Community Center, Central Agency for Jewish Education and the Jewish Light.  Currently, she is President of Gateway to Hope, which serves women diagnosed with breast cancer who are not insured or underinsured and have no access to treatment. Best advice came from her parents, via the Talmud: “If you have saved one life, it is as though you have saved the world.”

Alice Ludmer – The Million Dollar Volunteer. She has raised more than a million dollars for local charities battling child abuse and racism as well as ones advocating for independent living and social services for the aged. She is on the JCC Board as Chair of Adult Services and volunteers with Hillel, Congregation Shaare Emeth, National Council of Jewish Women, New Jewish Theater, St. Louis Crisis Nursery and The Wellness Community. Best advice came from father: “The most important and only thing you leave behind is a good name.”

Jane Roodman Weiss – Thirty Years of Physical, Mental and Emotional Healing. As a registered nurse, her work has been focused on improving women’s breast health and she currently serves as the Outreach Education Nurse at Gateway to Hope. She also is on the boards of the Jewish Federation, Jewish Family and Children’s Services and J Associates, and was a past president of Hadassah. Best advice came from her father: “Always believe in yourself, learn to be self-sufficient and don’t take yourself too seriously.”

Judi Scissors, Retired Educator. She now serves on the Boards of the St. Louis Holocaust Museum and Learning Center, the Miriam Foundation, Barnes-Jewish Hospital Auxiliary, St. Louis Breast Cancer Coalition, Jewish Community Center (Chair of the Cultural Arts Department; Jewish Book Festival Committee; Co-Chair of Special Events). Best advice received: My first principal taught me to count to 10 before I answered someone or reacted to them.

Vivian Zwick – Front Line Warrior Reproductive Freedom. She has fought for reproductive rights for nearly 50 years so that women’s voices are heard and their choices respected. She also works with the Jewish Hospital Auxiliary Board, Jewish Federation, Burns Recovery Support Group, St. Louis Crisis Nursery and Annie’s Hope. Best advice received: “I’m always happy to listen to good advice, but I can’t say that I always follow it.”

The other six WOW being honored are Agnes Wilcox, Cheryl Roberts Oliver, Camille J. Herman, Jan Hess, Barbara Fraser, Susan S. Block and Mary Schnare Stodden. Those interested in saluting all of these amazing women should contact the OWL office by Oct. 5th at 314-989-0977. Tickets to the luncheon are $69.

A mitzvah project worth pushing

In 2007, Michele Siler and her daughter Miranda were looking for a mitzvah project in conjunction with Miranda’s upcoming bat mitzvah at Congregation Shaare Emeth. “Neither she nor I wanted her to do a project where she had to ask people for money or they had to donate this or that,” explains Michele. “Both of us wanted to find one where she rolled up her sleeves and physically did something.”

They thought about Michele’s mother who had been a resident at the Jewish Center for the Aged, now known as Cedars at the JCA. She passed away in 2001 after spending 2½ years at the JCA. In fact, Michele and her family initially moved to St. Louis from Chicago because they wanted to be near her mom, who suffered with a rare neuromuscular disease.

“It just clicked and made so much sense for Miranda to find a mitzvah project connected to her grandmother because she was the reason we came to St. Louis,” says Michele, who then contacted the volunteer coordinator at the Cedars to see what kind of help was needed.

For the past five years, the Silers, along with friends Jonathan and Irene Newman and their children, have been transporting Cedar residents from their rooms to Orthodox and Conservative/Reform morning, afternoon and evening services at the facility throughout the Yom Tov season. Michele explains that the “ginormous layout” of the Cedars, with residents, some of whom are in wheelchairs, living in three buildings among several floors, means this transport process takes a fair amount of time and more volunteers are desperately needed.

“I’d really like this to be something the entire St. Louis Jewish community can get behind,” says Michele. “Our community made a commitment to our Jewish citizens 100 years ago that when they aged, they could go to a Jewish center that would take care of them. Now that center is a for-profit business, but I don’t want the community to forget about their commitment.”

Any assistance with this effort is greatly appreciated. Michele says you can help transport residents and make it to your own synagogue services in time.