The Lou will be a ‘cuing, kosher-style 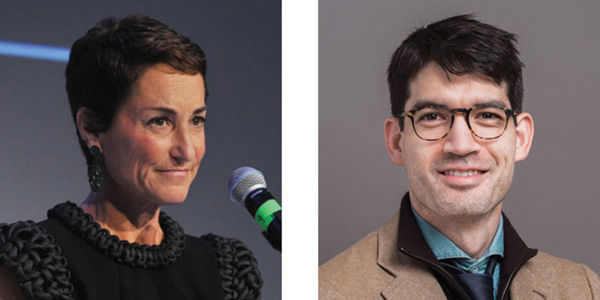 The Lou will be a ‘cuing, kosher-style

Kansas City has long laughed in the face of St. Louis barbecue. Why, I don’t know; frankly, from what I have eaten, both cities have stellar joints to boast about.

Now comes more news that should continue to level the barbecue grill between the two cities.

Bob Kaiser, president of the board at NHBZ, credited congregant Mindy Woolf, who moved here from Kansas City, as championing the idea.

“We want to bring the whole community together for this event,” said Kaiser, an attorney with Armstrong-Teasdale. “Barbecue is like a religion. People travel all over the country to compete not only because they love it but also to gain points. If they are in the top ranking of points they can attend the (American Royal) World Series of barbecue competitions at Arrowhead Stadium in Kansas City (the largest in the world, held in October).”

“It was like applying to a community college and being accepted by an Ivy League,” said Kaiser, explaining that the KCBS is considered the gold standard in the competition barbecue world with more than 20,000 members. It sanctions more than 450 contests a year across the North America, the Caribbean and in Europe, and has certified more than 26,000 judges. It is also the largest organization of cooking contests in the world.

“Judges, who actually have to go to judging school, are also sanctioned and supplied by the Kansas City Barbeque Society,” said Kaiser. “They are eager to judge because they get points, too.”

As a kosher barbecue competition, NHBZ will buy and supply all of the grills, smokers and utensils. Even the meat for competition, which will include chicken thighs, beef ribs, turkey and beef brisket, will come from the same kosher butcher so that every team starts off with identical equipment and ingredients.

In addition to the barbecue competition, the Sept. 11 event will feature kid-friendly activities, live music and tributes to both the victims and heroes of 9/11 on its 15th anniversary.

Kaiser says NHBZ plans to limit the competition to about 10 or 15 teams “so that we can figure out how to do this really well.” He hopes the event, which will charge an admission that includes sampling the barbecue, attracts between 200 and 300 people from the entire St. Louis community.

“Our hope is to continue to grow the event every year,” he said, adding that the annual KC Kosher BBQ Championship, scheduled for Aug. 21, gets upward of 3,000 attendees.

Rules for the St. Louis kosher competition, along with applications for teams and sponsorship opportunities are now available at nhbz.org.

Please join me Monday, June 20th, from 5:30 to 7:30 p.m. at the Ritz-Carlton in Clayton for the Jewish Light’s 5th annual meet, eat and drink Women in Business event featuring a special presentation by Susan Sherman and Eric Johnson, who will talk about the new fashion incubator in downtown St. Louis. Sherman is chair of the St. Louis Fashion Fund and Johnson is the group’s executive director.

Guests will learn about the downtown fashion incubator and its plans to revitalize fashion in St. Louis and beyond. Applications are now being accepted (through July 14) from emerging designers throughout the United States who want to be part of a two-year intensive program in St. Louis that will offer them the tools, connections and guidance to take their businesses to the next level. The program will start in 2017.

Participants at the event will also be able to shop local boutiques and other businesses.

Attendance is open to the public with a donation of a new or gently worn pair of shoes to The Resale Shop, a project of the National Council of Jewish Women – St. Louis section. Your shoe donation (or contribution of $18) will enter you to win prizes donated by our vendors and other businesses.

The event is sponsored by The Resale Shop and held in collaboration with St. Louis Fashion Fund. While the event is free, RSVPs are requested at [email protected] or by calling 314-743-3660.

If you think summer is a quiet time for St. Louis theater and other stage events, think again. While the Rep, New Jewish Theatre and Fox Broadway Series may be dark, there are still plenty of arts opportunities to check out, some even with a Jewish flare. What follows is just a smattering of these:

• Although not necessarily Jewish per se, New Line Theatre’s rock musical “Atomic,” set in 1939, focuses on the Manhattan Project and the making of the atomic bomb, which was headed by Leo Szilard, a brilliant Jewish Hungarian-American scientist (many of the scientists involved were Jewish). The show runs through June 25 at the Marcelle Theatre in Grand Center. Go to newlinetheatre.com for more information.

• That Uppity Theatre Company and The Drama Club STL are presenting the St. Louis premiere of “Broken Bone Bathtub,” a one-woman performance piece that highlights “disability — temporary or ongoing — vulnerability, the female body, community, and innovative theatre.” Running Thursdays to Sundays through June 26, Thursday performances are set in bathtubs of private homes (yes, you read that right) while Friday through Sunday performances are held at The Lemp Mansion. What’s Jewish about this? Joan Lipkin, executive director of That Uppity Theatre, says the play “has Jewish resonances of the mikvah.” Go see for yourself. For tickets and more information, contact Matthew Kerns at [email protected] or call 314-664-8024.

• The Fox Theatre has some major Jewish talent this summer, with Paul Simon playing there Sunday, June 12, and brothers Maksim and Valentin (Maks & Val) Chmerkovskiy of “Dancing with the Stars” fame showing off their fancy footwork July 30. (fabulousfox.com)

• Two nice Jewish guys, William Roth and Bobby Miller, helm the St. Louis Actor’s Studio as founder and artistic director and associate artistic director, respectively. For the past few summers, the Actor’s Studio has hosted a Neil LaBute New Theater Festival; this year, it will take place July 8-17. LaBute has written numerous films and plays, including “In the Company of Men,” “Your Friends and Neighbors” and “Nurse Betty.” The theater is located at 358 N. Boyle Ave. in the historic Gaslight Square area of the Central West End. (stlas.org or 314-458-2978).

• Meanwhile, two nice Jewish gals, Stellie Sitman and De Kaplan, are the brain trust behind Max and Louie Productions (maxandlouie.com), which will present the musical “Grey Gardens” July 8-30 at Wool Theatre in the Jewish Community Center Arts and Education Building. Tickets are available at brownpapertickets.com.

• No one is about to debate the Jewishness of “Fiddler on the Roof,” which comes to the Muny July 30-Aug. 5. Also making its premiere at the Muny a couple of weeks earlier is Mel Brooks’ “Young Frankenstein,” July 13-19.(muny.org)

In addition, Stages St. Louis, Opera Theatre of St. Louis and St. Louis Shakespeare have a lot to offer anyone craving theater during the warm weather months, and free concerts at area parks, as well as at the Botanical Gardens on Wednesday nights, take place throughout the summer. As for the latter, I highly recommend the Brothers Lazaroff, who will play at Benton Park on Saturday, June 25 and at Jazz St. Louis July 8-9.

“I was asked to make a quilt with the participation of 200 preschool children between the ages of 2 and 4,” said Goldgaber. “I cut all the leaves and sent them to them. The kids added appliqués (to each leaf), sent them back to me and I incorporated the 200 leaves into the quilt.”