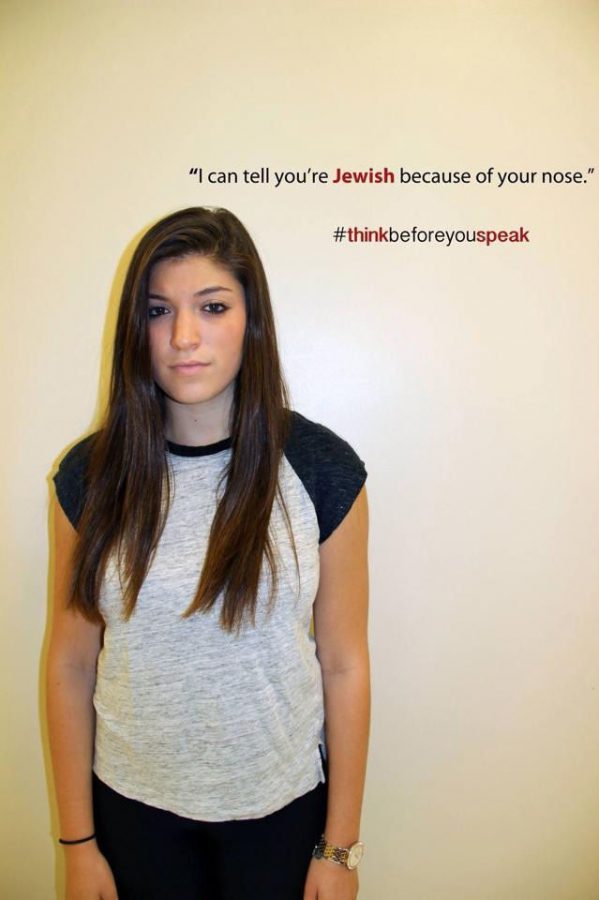 Many students have felt discriminated against in school. Whether it is for their religious, race, gender or sexual orientation, it is never a good feeling.

“One of our amazing counselors, Anne Kraus, brought up the Facebook page of the Clayton Social Justice Club and [the] amazing campaign that they were doing,” said Mike Hazelton, a Parkway North High School communications teacher. “We realized that these aggressions happen every day in our own building and that this would be a fantastic way to help raise awareness. [Clayton was] very enthusiastic about our spreading their message.” 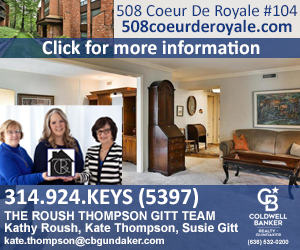 The organizations post pictures on social media of students and faculty with a derogatory phrase directed towards the student. Additionally, posters hang around the schools.

“[The campaign] brings to light the prejudices and stereotypes prevalent in our community and addresses the power of words,” said Rebecca Fink, a Parkway North senior and Shaare Emeth congregant. “We do this by pairing a picture of one of our school’s students or staff members with a “microaggression,” a short, common phrase that serves as unintended discrimination. Using the faces of real members of our community makes it very personal and more impactful.”

Clayton senior Becca Polinsky participated in the campaign with a picture of herself and a degrading statement implying Jews have big noses.

“I transformed that feeling of anger into a strong desire to merely educate those who are unaware of their anti-Semitic comments and why they are hurtful,” Polinsky said. “The campaign targets the act of speaking impulsively, before realizing the weight of small comments that can be incredibly offensive.”

However, discrimination is not limited to one religion or ethnicity. As a result, the campaign aims to build cross-cultural awareness among all groups. Senior Dena Dianati also participated in Clayton’s campaign with an insensitive quote against Muslims.

“There are a lot of Muslim kids all over the world, so many people are affected by stereotypes,” Dena said. “My friends always make jokes about me blowing up the school or things like that. It’s totally harmless and in a joking [tone], but it’s not appreciated.”

The issue of microaggressions in schools extends accross the nation, and this local campaign can serve as a blueprint for similar efforts to combat hate speech.

“Unfortuantely, I was only known in my grade for being Jewish because I was one of the few Jewish students. One time at baseball practice junior year, a freshman found a quarter in his pocket and threw it at me and asked if I was going to pick it up,” Justin Wallis, senior at Parkway Central, said. Wallis transferred from Parkway west. “Not having the support of other Jews around me wasn’t a suitable, safe, healthy envronment for me. I needed the support of people who share the same faith as me.”

The campaigns attempt to make schools work together in order to eliminate hate speech and foster an accepting environment. Some students at Parkway North tried taking down posters and mocking the movement, but the sponsors were not deterred.