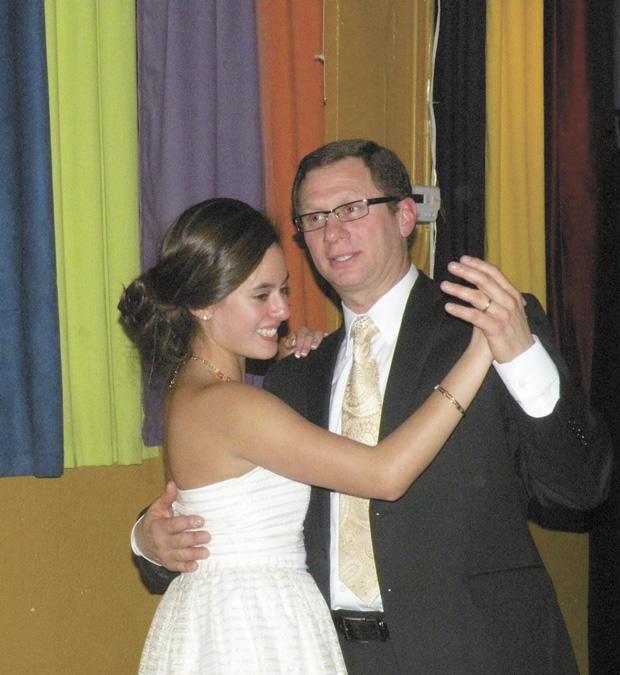 In Judaism, a bat mitzvah, typically celebrated at age 13, symbolizes becoming of a woman. In Latin American culture, having a quinceañera at age 15 also symbolizes womanhood. For Latin American Jew Alejandra Cohen, a freshman at John Burroughs School and a member of Congregation B’nai Amoona, the best of both worlds was attainable.

“The religious aspect of a quinceañera varies from country to country,” said Maria Cohen, mother of Alejandra. “But in Ecuador, it’s more of a social event.”

Both of Alejandra’s parents were born and raised in Ecuador so it was only natural that her mother celebrated her 15th birthday with a quinceañera. Cohen  was thrilled that this family tradition was passed down to the next generation.

“My mom had a small, fancy lunch with only a couple of friends to celebrate her turning 15. She was so excited when I told her I wanted to have one,” Alejandra said.

But celebrating with a small crowd was not what Alejandra envisioned. Seventy of her closest childhood friends and family friends gathered to rejoice at Cyranos restaurant in Webster Groves where they ate, danced, and socialized.

“My quinceañera was more intimate than my bat mitzvah, and I was older so I could appreciate it more,” Alejandra said. “They were different experiences, yet I loved them both.”

The occasion does not only occur among families that have adopted two separate cultures. For Raquel Pitty-Diaz, a senior at Clayton High School, adopting solely a Panamanian culture allowed for her to have a quinceañera.

“After my dad’s military friends presented me as a young lady, my mom changed my shoes from my white Converse to high heels so that I could dance with my dad,” Pitty-Diaz said.

In a traditional ceremony, a chamberlain of the girl’s 14 closest male and female friends dance in a circle surrounding her as she dances with a chosen boy. Alejandra and Pitty-Diaz’s heritages are celebrated less traditionally, so only a father-daughter dance took place.

“My dad and I had been talking about doing the father-daughter dance for a long time,” Pitty-Diaz said. “We danced to Stand By Me, and it was a really memorable time.”

Food also plays a big role in the night’s events. Many times it consists of a mix of traditional and nontraditional Latin American fare. For Alejandra, an American dinner of burgers, pasta and fries was topped off with a multi-tiered cake that had a doll figurine on top, representing the honoree.

“A lot of people tend to also have typical desserts like alfajores, orejitas and dulce de leche, but they don’t make those in the United States,” Alejandra said.

When Cohen  and her husband stepped foot into the United States hand-in-hand at 19 and 22 years of age respectively, they knew they wanted to incorporate their Latin American upbringing into their family’s Jewish traditions.

“I know it’s hard for interfaith couples to intertwine two different cultures, but it works for us because we both have the same moral values even though I grew up Catholic while he grew up Jewish,” Cohen said, referring to her husband, Anthony.

The Cohens blend their cultures together by adding other Spanish traditions such as the food eaten at their weekly Shabbat dinners; chicken turns into lamb and kugel turns into rice.

“For me, there’s nothing more beautiful than having Shabbat every Friday at home,” Cohen said. “It’s wonderful to eat Latin food as we all speak Spanish.”