Fourth time was not a charm in Israeli election 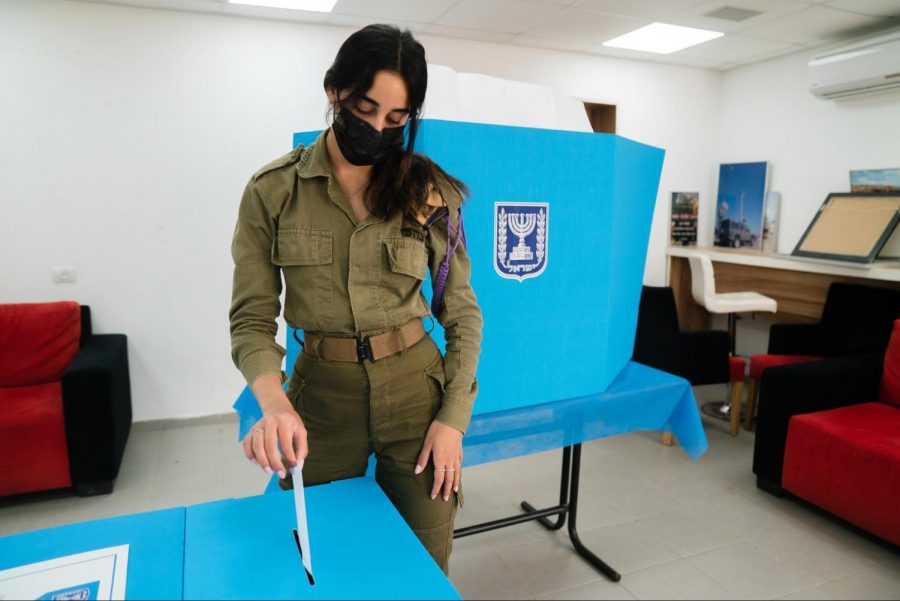 Though Israel held an election on March 23, the prime minister has not yet been elected. In Israel, to elect a prime minister, there must be a coalition of at least 61 Knesset members, and at the moment, there are 11 undecided Knesset seats, leaving the prime minister position up in the air.

On March 23, Israel held its fourth national election in two years. In the first three, no majority coalition was able to form and stabilize, leading to the dissolution of the government and the need for the fourth.

Many parties compete in Israeli elections, and if a single party does not win at least 61 of the 120 seats in the Knesset, a coalition of the many parties that compete must form a majority in order to form a government and choose a prime minister.

This has not been sustainably accomplished in the past two years. Because there are so many political parties, a lot of ideological differences exist among them.

“There are two main groups in Israel – parties in support of and opposed to Benjamin Netanyahu, the current prime minister,” said Ariel Kielmanowicz, a former Israel resident who lives in St. Louis and is unaffiliated. “With Netanyahu, there are the mainly religious parties: Shas and United Torah Judaism, as well as Likud, Netanyahu’s own party and the biggest one.”

Some of the biggest opposing parties are Yesh Atid, Labor and Meretz.

Within these groups, however, there are a lot of differences in policy beliefs.

“For Yesh Atid and Labor, education for all and having the government responsible for ensuring everyone can go back to work is their central focus. The religious parties also want free education, but their central focus is on keeping things closed for Shabbat.”

Nadav Snir, a junior at Parkway Central High School and member of B’nai Amoona, said, “The Joint List, on the left, is an Arab majority party, and they run for issues that affect the Arab population of Israel. [The Blue and White party] was the main opposition against Netanyahu … until this last election, when they split with Yesh Atid to make an emergency coalition with Likud.”

Another party is Yamina, which translates to Right. Led by Naftali Bennett, Yamina is a party that does not have a clear allegiance for or against Netanyahu.

“[Yamina] differentiates from Likud by focusing on strengthening the economy through businesses,” said Persellin-Armoza. In contrast, Likud, also on the right, “focuses on national security as their main issue.”

With so many different platforms, the decision for many voters boiled down to one question.

“The main question for voters is: Should Netanyahu stay or should he be removed because (he is facing) three charges of corruption?” Kielmanowicz said.

This debate in particular raised the stakes for Netanyahu.

“As long as he’s the prime minister, he is granted immunity from these charges,” Snir said.

But while Netanyahu is the primary factor in the election, many voters take other issues into consideration.

“Security, education and the socioeconomic struggles as a result of the pandemic are also going to be issues for people to consider,” Persellin-Armoza said.

With all the votes counted, the pro-Netanyahu voting bloc has 52 seats, and the anti-Netanyahu bloc has 57, leaving 11 seats undecided about which coalition to join. Because 61 seats are needed to elect a prime minister, the 11 undecided seats will determine Netanyahu’s and Israel’s destiny.

The parties on the left need either of the two undecided parties,  Yamina or the United Arab League (UAL), to form a coalition, while Netanyahu needs both.

Israel’s president, Reuven Rivlin, tasked Netanyahu with the first chance to form a coalition, giving him until May 4 to complete this assignment. In an attempt to gather support, Netanyahu held a meeting with Bennett.

According to the Jerusalem Post, “Sources close to Bennett [Yamina’s leader] said he would tell Netanyahu that he was not afraid of forming a coalition with the anti-Netanyahu voting bloc [in order to prevent a fifth election.]”

The Post also reported that Bennett “would be willing … to sit in a government backed by the United Arab League.”

It is unlikely that Netanyahu will get the support he needs, as other parties in his coalition still refuse to cooperate with the critical UAL party. If Bennett gets the opportunity to form a coalition, the possibility of UAL working with Yamina opens up, creating a possible path to 61 seats.

Rivlin has suggested that if Netanyahu is unable to form a government by the deadline, then the opportunity will open up to any party leader who can make a majority. This would give  Bennett a chance to form a mixed left and right coalition, but these efforts would be complicated by the simultaneous actions of other party leaders, whom Bennett would need to be named prime minister.

“No matter how much people say they don’t like Netanyahu, the likelihood is that he will win,” Persellin-Armoza said. “[Likud] is going to have to make some friends with people they don’t usually make friends with. Usually, Likud, the religious parties and Yamina would come together, but they won’t have enough seats [this time.]”

This presents a challenge for Likud, as the rest of the parties are for the most part left-leaning. But without Yamina, the left will also likely not have enough seats to make a coalition. So what happens if no one is able to form a coalition?

“I think that they’re going to do everything they can to avoid having to hold another election,” Persellin-Armoza said. “They may give more time for someone to form a coalition, and maybe that will be the key.”

Snir, however, said: “There’s a chance that the anti-Netanyahu bloc will win and in that case, Naftali Bennett, despite what he says, will dissolve the government and force a fifth election.”