Are You Smarter Than a Seventh Grader? 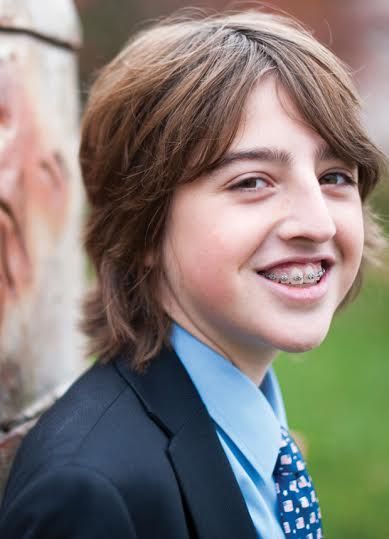 Fewer than 60 percent of eligible voters in the United States vote in presidential elections, as results from 2012 indicate and less than 40 percent vote during midterm elections, according to the Huffington Post. One major reason for this astonishingly low voter turnout is that people lack enough political information to vote confidently. Luckily, there are many resources available to get informed. But the most unassuming source may be Gabe Fleisher, a thirteen year old who created an online newspaper, Wake Up To Politics.

“My favorite thing about what I do is the dialogue. Getting questions and being able to answer them… That’s really the best part,” Gabe explained.

Gabe’s newsletter started as emails just to his mom. Now, he has 700 subscribers.

“I consider it an honor to be in a position to inform people,” Gabe said. “I find it sad that so many young people… and older, too, are so disillusioned.”

Indeed, most young people seem to inherit political beliefs from their parents, and most parents or other middle-aged adults tend to absorb information written by someone else in, for example, The Wall Street Journal or Time magazine. Unbiased political information is hard to come by, which  makes Wake Up To Politics even more impressive.

“Gabe loved reading first, which led to a love of writing,” said his father, Rabbi Randy Fleisher of Central Reform Congregation. “(Gabe) has a tremendous ability to synthesize what he reads into his existing knowledge and then articulate his new understanding in writing.”

Gabe finds the recent Republican majority in Congress particularly interesting. The fact that a system created over 200 years ago remains intact fascinates him.

“The most interesting thing about American politics to me is that all the traditions started by (George) Washington, (John) Adams, and all the others who formed the Constitution, still apply today,” Gabe said.

Although not immediately current, Gabe also looks forward to writing about the 2016 presidential election. The young writer plans to pursue his love of politics in some form as an adult.

“I’d like to be maybe a historian, or a reporter,” Gabe said.

Gabe published his first book, “Hear Us Roar” (a book covering the history of his elementary school) as a fifth grader. This year at John Burroughs, his favorite class is English, and his teacher shared some insight on both Gabe’s work and character.

“Gabe is an astonishingly gifted young man.  He is not only bright and aware and profoundly skilled as a reader and writer, he is uncannily mature,” said Jill Donovan, his seventh grade teacher. “He is brilliant and he is grounded:  a rare mix indeed.”

Although Gabe is a prodigy in reading, writing, and politics, he still takes pleasure in more typical teenage activities such as hanging out with friends, playing soccer, and simply having a good time.

“I am proud of [who] Gabe is… a happy, sensitive, bright, charming, involved, dedicated, caring, talented, humble, fun-loving, adventurous, and enthusiastic young man,” his father said.