Stories of diversity; Scouts’ honors; eats at the Arch 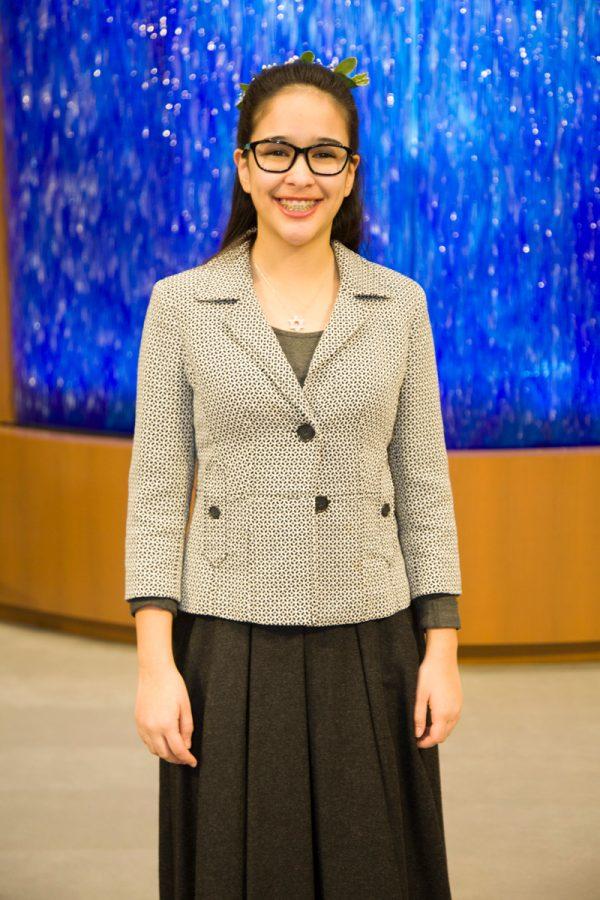 Last week, the Light honored its 2018 Unsung Heroes with an evening program and reception as well as in our Oy! Magazine, which featured stories about their volunteerism. Sela Masaki, 13, was not among this year’s class but she easily could have been. So sit back while I sing (or write — you don’t want me to sing!) her accomplishments.

A Japanese-American Jew who is completing seventh grade at Ladue Middle School, Sela is committed to opportunities that raise awareness about different kinds of people because, as her mother Leslie Weil Masaki explains, Sela is a different kind of person.

“As a half-Japanese American, sometimes people are surprised to find out I’m Jewish,” says Sela, whose family belongs to Congregation Shaare Emeth. “Though I go to a diverse school, and pride myself on a wide group of friends from different backgrounds, I know what it’s like to deal with intolerant behavior. As a result of my personal experiences, I’ve always been an advocate for all forms of equality.”

For her bat mitzvah tzedakah project she wanted to connect her love of books and writing “with the real world.” With guidance from educators at Shaare Emeth as well as Sela’s own research, she began volunteering with a nonprofit called WeStories. Through reading and literature, the organization facilitates conversations about race. Its main audience is families with children up to age 7.

“We primarily work with families who are white, although about 15 percent of our families are multi-racial,” explains Laura Horwitz, co-founder and executive director of WeStories and a member of Kol Rinah. “A lot of people have stories like Sela’s — their own experience of being the person in a mostly white community who is the diversity representative. They have a lot of affinity for figuring out how to better talk to their kids and other people about these differences. They want to help families have those sometimes hard conversations about race and differences, and give them the skills to do so.”

That’s exactly why Sela continues to volunteer with WeStories, long after her bat mitzvah was over. She doesn’t see herself stopping any time soon.

“WeStories has made me think about how to reach kids of all ages and start the conversation about racial equality earlier than I thought was possible,” she says. “In this way, I can do my part in tikkun olam — repairing the world.”

Sela helps WeStories staff its programs, including set-up, clean-up and any other activities to help things run smoothly — which can be a challenge when up to 100 families are participating. She also shares her perspectives in group discussions, which Horwitz says can be a great help to families.

“To have  a volunteer like Sela, who we can depend on to greet all our families as they come in and make them feel welcome and get them oriented is really important,” Horwitz says. “Because she’s so passionate about what we do, Sela is one of those people that you just know whoever she’s going to interact with will walk away having a better experience.”

In addition to WeStories, Sela also has been building a more diverse library of books at Shaare Emeth “to help open people’s eyes a little bit.”

“Through these books, readers will learn that diversity doesn’t stop with conversations and books, it starts with them,” she adds.

Oh, and on the subject of books, Sela has completed her first novel in the genre of fantasy fiction. “She wrote it when she was 11 and then rewrote it,” says her mother. “She gave it to a friend who is an editor, and then met with another editor and is in the process of revising it.” Her mother added that Sela plans the novel to be part of a series like “The Hunger Games.”

“Sela is definitely loud and proud about her heritage,” says Leslie Masaki. “Her message is all about tolerance and acceptance.”

The Eagle has landed, five times!

Congratulations to Temple Israel’s Boy Scout Troop 11, which earlier this month awarded the top rank of Eagle Scout to five of its members. Art Silverman, TI’s liaison to the troop, explained “while we have awarded multiple Eagles in the past, we have never had this many at one time.”

The five Eagle Scouts are Peter Jakiela, Zach Wild, Avery Fredman and Ben Fister and Max Hampton. Temple Israel is the only Jewish institution in St. Louis that sponsors a Boy Scout troop. The TI troop is 98 years old and currently has 23 scouts ranging in age from 12 to 17 years old.

Joe Spiegelglass started his business in downtown St. Louis in 1904, from a pushcart. He’d walk the streets, knocking on small storefronts, looking to do carpentry repair work.

As retail grew in St. Louis during the 1930s, and department stores got larger, Joe found he needed additional help. He hired a few carpenters to work with him, and then little by little began bringing on subcontractors to assist in their individual areas of expertise.

Over the next eight decades, Spiegelglass Construction, a Jewish-owned family business, continued to grow both locally and nationally, as more generations joined the company. Today, Barry and Tim Spiegelglass, Joe’s grandson and great-grandson,  respectively,  are co-owners, and working on a signature project: the Arch Café, a new restaurant that is, of course, located downtown, at the base of the Gateway Arch.

The 1,600 square foot café, which is scheduled to open July 4, will offer farm-to-table food that includes everything from ribs, hamburgers, paninis and toasted raviolis to vegetarian and gluten-free options. Visitors can also enjoy locally sourced foods, as well as organic produce.