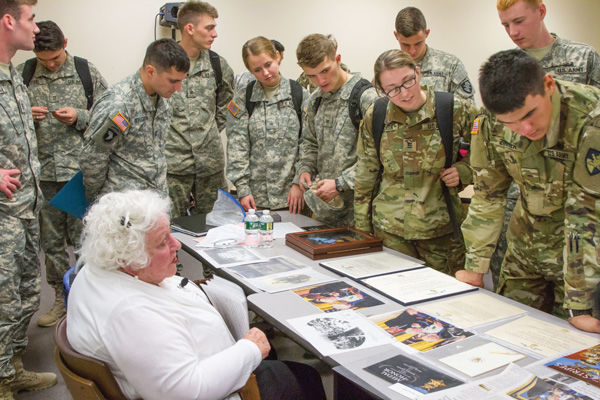 Cadets at the United States Military Academy at West visit with Shemin-Roth after her talk.

Dr. David Frey Professor of American Foreign Policy and Director for the Center for Holocaust and Genocide Studies at the United States Military Academy at West Point, introduces St. Louisan Elsie Shemin-Roth as a guest speaker. Her topic was religious and racial discrimination during World War 1, as it affected her father, Sgt. William Shemin, and Sgt. Henry Johnson, an African American, both of whom received the Medal Of Honor in October 2015.