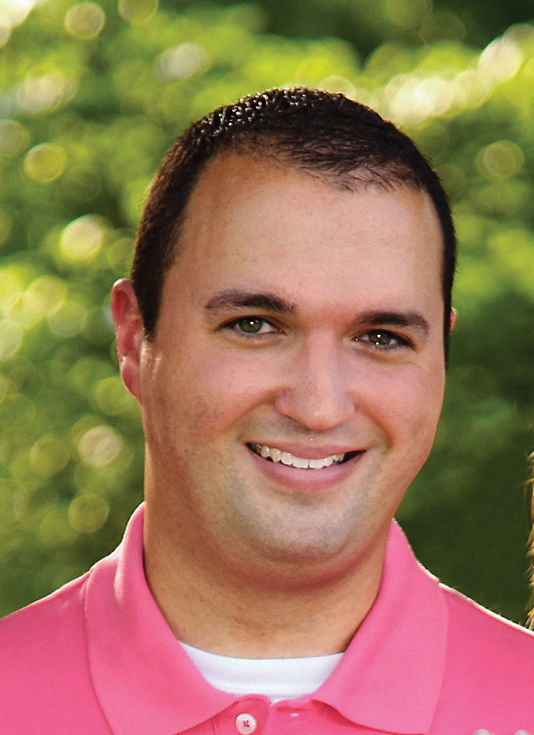 The idea was born in November of 1979 in a station wagon belonging to Fred and Marilyn Firestone. The Firestones, along with three other St. Louis area Jewish couples — Janet and Jim Singer, Dan and Joanne Schwartz and Karen and Mark Zorensky — were headed to dinner at Kennedy’s 2nd Street on Laclede’s Landing. At some point the women got to talking about how the men were reluctant to try new dishes.

“It was always meat and potatoes,” says Joanne.

That’s when someone in the station wagon had the idea to start the Gourmet Club. They would meet for dinner every other month at one of their homes to try out new recipes.

The four couples decided a total of six couples, or 12 people altogether, would be optimum. That way each couple could host a dinner party once a year. So they recruited Mary and Rob Kodner and Brenda and Joe Pereles, each of whom also happens to be Jewish, to round out the group.

On Saturday evening, the six couples gathered at the Singers’ Clayton home for dinner and to talk about the club, which is now in its 39th year. Without missing a beat, all 12 recalled the first dinner party, when Joanne made rouladen, a German rolled beef dish.

They explained that often their dinners have themes, such as Saturday’s Backyard Barbecue, which featured smoked salmon appetizers (Brenda and Joe), cocktails and grilled tenderloin (Janet and Jim), grilled peppers (Karen and Mark), tomato salad (Joanne and Dan), orzo salad (Marilyn a.k.a “Martha Stewart” and Fred) and peach cobbler (Mary and Rob). They laughed at remembering former “disasters” such as crackling fruit in heavy syrup, which took off the finish on Kodner’s dining room table. “Indian night” required a late-night stop at Naugles because the meal was, how should we put this . . . “inedible,” shouted several of the group in unison.

As you might expect, the Gourmet Club is like a tight-knit family with connections that go back decades. Rob, Janet, Fred, Mary, Joanne and Mark knew one another from their days at Clayton High School. Brenda and Jim went to Ladue.

Dan, Karen, Janet and Fred attended Mizzou around the same time. Rob stood up at Fred and Marilyn’s wedding. Mary divulged that her mother once dated Mark’s father. And blame Janet, joked Karen and Mark, for setting them up on a blind date. Suffice it to say, the date was a success. Next week marks their 43rd wedding anniversary.

In fact, all of the couples have been with each other since the day they first got married. No divorces among this bunch, unless you count the 11 years that Rob and Mary moved to Green Bay, Wis.

Among this group, too, are three former presidents of local synagogues and a past treasurer of Jewish Federation. Four of the 12 are lawyers; in fact, Joe and Dan were in the same firm. Oh, and did I mention that the Gourmet Club has vacationed in Cancun three times over the years?

“I think what we enjoy the most, more than the food, is that we laugh so much together,” says Janet.

“Fred’s been telling the same joke for the last 20 years and we’re still laughing at it,” chimes in Dan.

“We’ve been through the best and worst times together —we have a shared history,” Karen counters, adding that among them, the group has 14 children and 20 grandchildren.

All say they feel blessed for such close friendships and know they can count on one another no matter what.

“The truth is we love making fun of each other, but in a good way,” adds Joe.

Congratulations to Andrew Goldfeder on being named executive director at Temple Emanuel. He will assume his new duties on Sept. 6. “We are beyond excited that Andrew will be our new executive director,” said TE President Lynn Phillips.

Currently, Goldfeder is manager of programs and logistics at the St. Louis Holocaust Museum and Learning Center. His last day is Aug. 24.

Those of us who know Goldfeder are glad he’s remaining as a leader in the St. Louis Jewish community.

Congregation B’nai Amoona, at Conway and Mason roads, is making the most of its rock star location. Given its close proximity to Bellerive Country Club, where the PGA tournament kicked off this week, the synagogue recently informed congregants in an email that since “parking will be at a premium, the PGA has contracted with B’nai Amoona to rent its fields and lots for VIPs and player families’ parking spaces.”

The email goes on to explain the PGA stipulates that congregants can park in temple lots for congregational programs only. “Do not use our lots for drop off or pick up from the PGA,” the email says.

Congregants coming for classes, workshops, Shabbat services and daily minyanim were able to obtain parking passes to the property in advance of the tournament, which began Monday and goes through Sunday.

Look for a new Chabad house in the Central West End sometime after the High Holidays. Rabbi Yosef Landa says the decision is prompted by the fact that more Jews are moving to St. Louis city. No location has been named yet – look to the Light for further details in the coming months.

Freddy’s Frozen Custard & Steakburgers has opened in Creve Coeur at 10457 Olive Blvd. It is the 311th location of the 16-year-old chain and the only one in St. Louis County (several others are in St. Charles County and in Collinsville, Ill.).

“It’s great to be coming back to my hometown,” says Scott Redler, chief operating officer and co-founder of the Wichita, Kan.-based burger chain. Redler graduated from Ladue high in 1978 and is the brother of Ellen Alper, executive director of the National Council of Jewish Women-St. Louis.