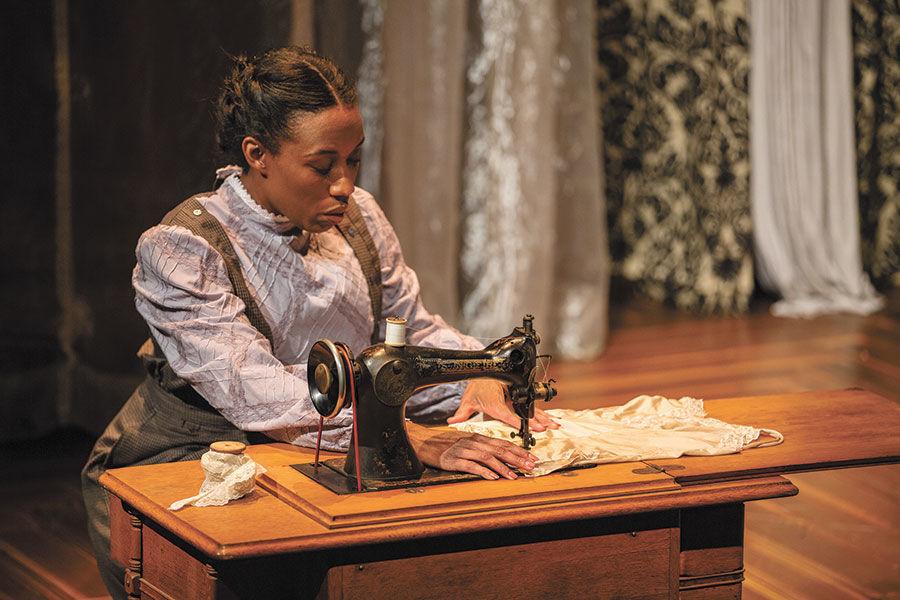 Last week I was having lunch with a fairly new friend who asked if I would like to join her for Passover. She and her husband were having 18 guests to their home — two more would be no trouble at all, she assured me.

I politely declined explaining that I was hosting a large seder of my own this year. What I didn’t mention was that other than me and my 20-year-old son, no one else at the table would be Jewish.

Not that other members of my family are new to the occasion. My 30-year-old stepson Jesse long declared Passover his favorite holiday, edging out Thanksgiving. He enjoys the shared reading of the Haggadah and loves traditional seder food, including gefilte fish, mostly because it gives him the chance to slather horseradish all over it. I remember when he was 6 or 7 coaxing him to try a matzah ball.

He finally acquiesced when he realized he could spoon horseradish over his matzah balls, too. And brisket. And kugel. He’s even been known to dip a macaroon.

Anyhow, I was thinking about my mostly non-Jewish seder when I came across a funny piece on this very topic written by a colleague and friend, Andrew Silow-Carroll, who is editor-in-chief at JTA. Given my personal credo — Why try to better what someone else has already done well? — I direct you to Andy’s column offering tips to non-Jews at their first seder (but really directed to Jews). I thought about asking Jesse for a list of dos and don’ts, but I knew his only advice would be to keep the horseradish close.

Given the recent focus on gun violence and gun control, it makes perfect sense that art would imitate life. To this end, Craft Alliance  and Maryville University have teamed up to present I.M.A.G.I.N.E. Peace Now, a powerful traveling exhibition created as a positive response to the rising tide of gun violence in America. The exhibition opens April 5 and runs through May 13.

Conceived by metalsmith Boris Bally and brought to St. Louis through the help of his longtime collector Michael Staenberg, this nationally traveling exhibition features works by some 100 artists who have crafted sculptures using decommissioned firearms collected during community buy-back programs.

“The Innovative Merger of Art & Guns to Inspire New Expressions, or I.M.A.G.I.N.E. Peace Now exhibition, is a call to arms, hearts and hands … for contemporary metal artists,” said Bally, who is curating the exhibition. “Included work responds to, and initiates conversations regarding, the gun violence so prevalent in American culture today.”

Two portions of the total collection will be on view — one at Maryville University’s Morton J. May Foundation Gallery and another at Craft Alliance in University City. Opening receptions will take place at the May Gallery, 610 Maryville University Drive, from 5 to 8 p.m. Thursday, April 5 and Craft Alliance, 6640 Delmar Blvd., from 6:30 to 8:30 p.m. Friday, April 6. For a list of special events related to the exhibition and for more information, call 314-725-1177 or go to craftalliance.org.

Congrats to the New Jewish Theatre on its three wins Monday night at the 6th Annual Theater Circle Awards, which celebrate St. Louis area theater. All three awards went to NJT‘s production of “Intimate Apparel,” and included outstanding Scenic Design of a play by Peter and Margery Spack, outstanding Lead Actress in a Drama for Jacqueline Thompson and Outstanding Ensemble in a Drama for Thompson, Andrea Purnell, Chauncy Thomas, Linda Kennedy, Julie Layton and Jim Butz.

“So much of the credit goes to the exquisite direction of Gary Wayne Barker,” noted NJT artistic director Kathleen Sitzer, who was thrilled.

The Jewish Community Relations Council of St. Louis (JCRC) has created the Batya Abramson-Goldstein Legacy Award to be presented at the inaugural Tzedek Awards Celebration on May 31.

Abramson-Goldstein devoted her professional life to community relations and strengthening relationships between the Jewish community and the broader St. Louis community. During her 26-year tenure with the JCRC, the last 12 years serving as the executive director, she developed innovative programming to foster a broad awareness of our shared humanity and inspire a passion for the pursuit of social justice.

According to the JCRC, “the purpose of the Batya Abramson-Goldstein Legacy Award is to recognize those whose exceptional leadership and vision have had an enduring impact on the JCRC and its community relations mission.” The inaugural award will be presented to Michael and Barbara Newmark. Together with Abramson-Goldstein, the Newmarks created the Michael and Barbara Newmark Institute for Human Relations to underscore the work of the JCRC in supporting a diverse and pluralistic community. The institute does this by organizing, supporting and promoting programs and activities that foster positive relationships among people of diverse backgrounds.

In addition to the new award, the JCRC will recognize two members of the St. Louis faith community. Rev. Dr. Dieter Heinzl of the Ladue Chapel Presbyterian Church will be honored with the Norman A. Stack Community Relations Award for his ongoing interfaith work and partnership with the Jewish community. Cheryl Adelstein of Washington University’s Community Relations & Local Government Affairs division and JCRC’s Board of Directors will receive the Michael and Barbara Newmark Emerging Leader Award for her leadership on the JCRC’s Board and initiatives.

The Tzedek Awards Celebration will take place on from 5 to 7 p.m. May 31 at Washington University’s 560 Music Center. Tickets will be available in April at jcrcstl.org.

Rabbi Naftali Rothstein, principal at Yeshivat Kadimah High School, alerted us the other day that students, parents and staff had organized two programs the morning of the National School Walkout (March 14) to honor the lives lost in the Parkland, Fla. school shooting.

One student-led program honored the lives of the 17 people murdered in Parkland with a reflection and minute of silence for each. They concluded by reading a chapter of Psalms. The students walked out of their classrooms at 10 a.m. and led the program outside by the flag of the United States. An administrator and other faculty accompanied them.

Other students dedicated 17 minutes of Torah study in the classroom in memory of the victims.

“Yeshivat Kadimah communicated to our staff, students and parents that we support our students and their meaningful initiatives to remember the lives of the victims,” Rothstein said.