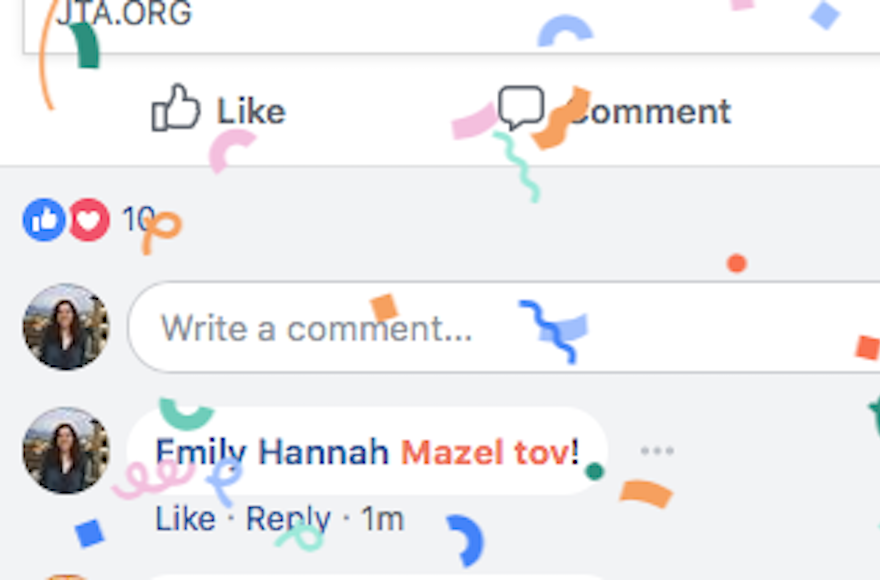 (JTA) — The use of certain positive key words and phrases on Facebook activates quick animations. “Best wishes,” for instance, triggers a stream of colorful shapes. “You can do this” activates a trail of thumbs up emojis.

Now Facebook users who want to wish someone “mazel tov” get a colorful surprise too.

When a user types in the congratulatory Hebrew phrase, balloons and confetti pop up on screen.

Facebook has been adding to and tinkering with this “Text Delight Animations” feature for a while. The animation used to appear only when “mazel tov” was written out in Hebrew letters and not in English letters. The newest update, reported by Chabad.org, makes sure that English speakers who want to wish each other “mazel tov” don’t miss out on the fun.

Facebook is currently mired in a scandal over user privacy, involving a data firm that the site says may have improperly gained access to information about as many as 87 million users. The firm, Cambridge Analytica, said it was shutting down on Wednesday.