Running for his roots in Belarus; magazine swap 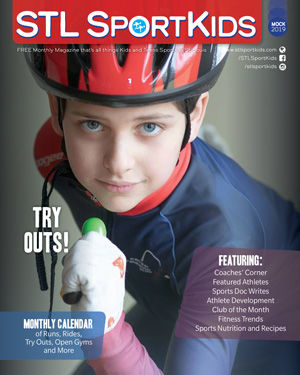 Stephanie Berk, founder of  the St. Louis Jewish Parents magazine, said that magazine will no longer publish but she is  launching a new magazine, STL SportKids, beginning in September.

Man on a mission

If you’re going to miss your 25th Kirkwood High School reunion, you might as well have a great excuse like, “I will be running over 160 miles through Belarus, from Minsk to Kazan-Haradok, the suspected place of birth of my (paternal) grandfather and great grandfather.”

That’s exactly what Jared Goldman, 44, who grew up in St. Louis and celebrated his bar mitzvah at Congregation Shaare Emeth, will be doing when he leaves his home in Germany for Belarus on Aug. 6 and literally takes off running Aug. 10.

“This is truly a journey to find more about myself through the running and the mental strength I will need, but also to literally look for clues on my family,” he explained. “I will be running through rural Belarus exploring and getting a feel of the land where my family is from.”

Jared, who has been living in Berlin for the past 20 years, explained that during visits to his parents in St. Louis, he collected some information from his dad, Herbert Goldman, about his side of the family.

“My dad’s side of the family intrigued me since his parents were both born outside the United States,” Jared explained. “But where exactly were they from? What traditions did they bring with them? The list of questions only grew longer, the more I tried to trace the family tree.”

Herb Goldman, a retired neuropsychologist, says that his father (Jared’s grandfather) was a shoemaker who came to America and settled in East St. Louis, where Herb grew up. He remembers his father saying something about the village of Kazan-Haradok in Belarus, and knows his grandparents (Jared’s great grandparents) were married in Minsk because it says so on their ketubah (Jewish marriage contract).

“The only reason I am going to the village I am running to (Kazan-Haradok) is because I found the name on a family tree my mother helped me make for a school project,” said Jared, who also has done research into his genealogy. His mother, Jan Goldman, explained that she and Jared made the family tree when he was around 10 years old.

“I’m not sure where (Kazan-Haradok) came from but someone in Herb’s family must have told me and I wrote it down,” said Jan, a longtime Jewish educator and volunteer who now lives in University City and attends Kol Rinah.

Adds Jared: “Nobody (in my family) today knows how they got the name of the village. So actually it is impossible to know if where I am running to, is indeed the birthplace of any of my family.”

Still, says Jared, that matters less than soaking up the ambiance of rural Belarus on his run, which he expects with overnight stops will take a couple of weeks. Long-distance running, he says, has been a huge help in turning his life around.

“The finding the family part is almost more of a metaphor for finding out more about myself and the people of Belarus,” he said.  “If I don’t find anyone in my family this is also OK with me. I know that this will bring no closure and I am sure just the opposite and only open up more doors with more questions.

“The success for most runners is not getting to the finish line, it is getting to the starting line. The journey is more important than the destination.”

Jared is collaborating with the Wings of Angels Team, a nonprofit that works to integrate children with special needs through sports and provide assistance to their families. His former employer (a company in Berlin that manages bars, restaurants and hotels) has raised close to $4,000 for the organization to purchase a specialized chair for running, manufactured in France.

Jan Goldman plans to travel to Belarus to meet her son toward the end of his run. You can follow Jared during his adventure on Instagram — he is @jareddanielgoldman.

Founder Stephanie Berk will no longer be publishing St. Louis Jewish Parents magazine, beginning in September. Instead, she plans to launch a new magazine that month, STL SportKids.

“St. Louis is ushering in the golden age of sports, and now is the right time to roll out STL SportKids, with its focus on creating a high-quality educational resource for local athletes and their families that provides useful information for creating and maintaining active and healthy balances,” said Berk, adding that the magazine will focus on kids from 3 to 18 years.

Berk, her husband and their four sons, moved to the greater Washington, D.C. area earlier this summer so that they can be nearer to her parents. Although she will work on the magazine remotely, she said she would spend at least one week every month in St. Louis overseeing operations and the production team she assembled here.

As for the content, Berk said regular features will include one about good sportsmanship written by a member of the St. Louis Sports Commission; sports nutrition articles by a certified professional; child development columns as they relate to kids and sports; and stories by both male and female coaches. There also will be writing opportunities for student athletes and a monthly calendar that details tryouts, open gyms, sports events and the like. She notes that “non-traditional sports,” such as chess and ballroom dancing,  will be included in content news and features as well.

Berk began St. Louis Jewish Parents magazine in early 2015. While she hasn’t ruled out the possibility of bringing it back in the future, she said, “there are only 24 hours in the day and more than anything I want to make sure we do a really good job with this new endeavor.”

Mark your calendars for two events of special interest to local Jewish women.

The first features Lee Anne Mathews, a woman with many talents, including acting, directing and producing. If you happened to see “Raging Skillet,” the 2018-2019 New Jewish Theatre season opener about Jewish, lesbian, punk-rock caterer Chef Rossi, Mathews served as the play’s director.

This time she will be helping audience members bolster their “30-second elevator speech” as well as feel more confident in general about public speaking and networking. Sponsored by the Women’s Initiative of the Professional Society, which is part of Jewish Federation, “The Art of Conversation” invites women, regardless of their profession, to hear COCAbiz teaching artist Mathews speak from 7 to 9 p.m. Wednesday, Aug. 28 at COCA, 524 Trinity Ave. The cost is $18 and includes wine and appetizers (dietary laws will be observed). Register at JFedSTL.org/events/TheArtofConversation. For questions, call Yuko Yerby at 314-442-3772.

The second event is “L’Chaim!” the annual Women’s Philanthropy fundraiser for Federation, which takes place at the Ritz-Carlton on Tuesday, Sept. 24. The featured speaker is Edie Lutnick, co-founder and president of the Cantor Fitzgerald Relief Fund, formed shortly after 9/11 to address the needs of victims of terrorism and natural disasters. Lutnick lost her younger brother in the attack (along with 657 of his friends and colleagues at Cantor Fitzgerald), and will speak about healing from the tragedy and finding a greater purpose in life.

Tickets, which include a cocktail reception, dinner and presentation, start at $65. To find out more and to register, go to [email protected] or call 314-442-3730.

News and Schmooze is a weekly column by Editor Ellen Futterman. Email Ellen at: [email protected]