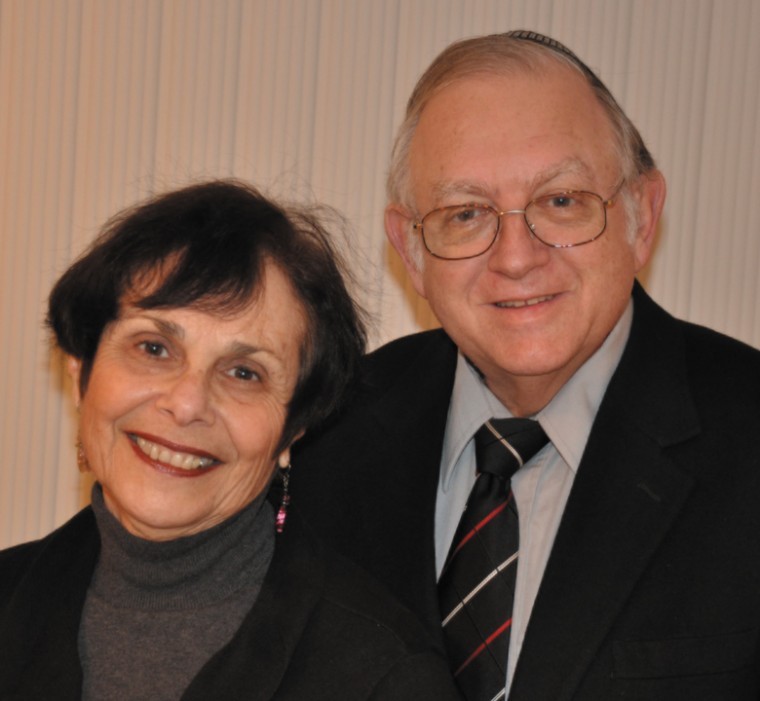 Young Israel of St. Louis will honor Dr. Mitchell Wolf and his wife, Shelly, on Sunday, Feb. 12. The couple has been a vibrant and vital part of the community since Mitch Wolf arrived at Barnes Hospital in 1969 for his residency in ophthamology. Though both were born and raised on the East Coast, they found St. Louis to be not only a warm community, but also a community rich in opportunities for professional growth and community involvement.

Although soon to retire from his medical practice, Mitch Wolf, at one time Chief of Ophthmalogy at Jewish Hospital, noted, “We have had every kind of opportunity to explore and to participate in all areas of Jewish life in St. Louis.”

In addition to being president of Young Israel twice, Mitch Wolf is active in Ahavas Chesed Society, takes care of the library at the Young Israel, and teaches regularly at the shul.

Shelly Wolf taught at Epstein Hebrew Academy for 37 years as well as having been the librarian there and built the book collection. In addition, she developed both a writing enrichment and creative writing program for middle school students. In her recent retirement she continued to teach through OASIS, has been active in the Ready Readers Program, and volunteers with both Tomchei Shabbos and the Student-to-Student Program of the Jewish Community Relations Council.

The Wolfs plan to make aliyah at the end of summer where they will begin their new life with their grandchildren and two of their four children.

Young Israel will also recognize Howard Oppenheimer with its Service Award. Oppenheimer has been President of Young Israel five times, has solved every building problem, issue and complication that has developed, and is fully committed to his family’s long standing tradition of providing service to the community.

The Executive Vice President of Delmar Gardens Enterprise, Oppenheimer has served as President of the Vaad Hoeir and of Ahavas Chesed, and has been on the boards of both Block Yeshiva High School and Epstein Hebrew Academy. He currently serves on the boards of Care and Counseling, Memory Care Home Solutions and the Advisory Council for Development for the City of Chesterfield. Oppenheimer and his wife Jackie, who taught for 27 years at Epstein Hebrew Academy, are the parents of three children and grandparents of two.