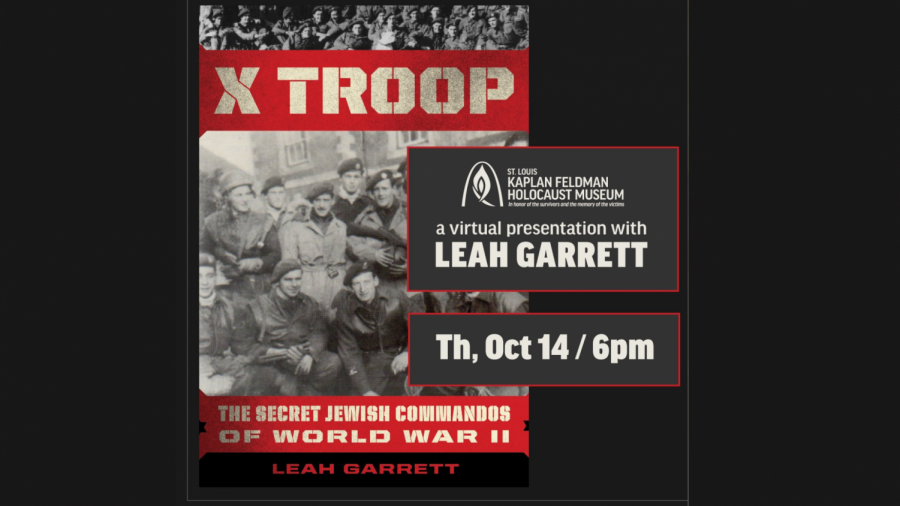 The story of the men of X Troop, the real “Inglorious Basterds,” is being told in a new book, and the St. Louis Kaplan Feldman Holocaust Museum has created a special virtual event, with the book’s author on October 14.

After years of extensive research, interviews, and declassifying top-secret files, author and professor Leah Garrett uncovered a remarkable story: about a group of German and Austrian Jewish refugees who escaped the Nazis and became an elite commando troop in all the major battles of World War II.

In her latest book, X Troop: The Secret Jewish Commandos of World War II, Garrett details how these young Jewish refugees made their way to England and were exceptionally well-trained in strategy, combat, and counterintelligence to deliver decisive blows against the Nazis.

In 1942, desperate to turn the tide of war, Churchill created this top-secret commando unit, in which all of the men had to take on fake British names and personas. The men of X Troop were used both as commandos—killing the Nazis—and in counterintelligence—interrogating the enemy on the battlefield. One of the commandos, remarkably, even rescued his own parents from Theresienstadt concentration camp.

To uncover this incredible story, Garrett declassified top-secret files, interviewed living commandos and their families, and went through archives all over the world. The story is particularly important during these difficult days, illustrating that a rag-tag group of refugees could come together and effectively fight evil.

During this exciting virtual event, Garrett will follow this unique band of brothers from Germany to England and back again, with stops at British internment camps, the beaches of Normandy, the battlefields of Italy and Holland, and the Terezin concentration camp—the scene of one of the most dramatic, untold rescues of the war. For the first time, X Troop tells the astonishing story of these secret shock troops and their devastating blows against the Nazis.

To register online and reserve your place, click here.