With legislative session underway, Jewish groups weigh in on issues 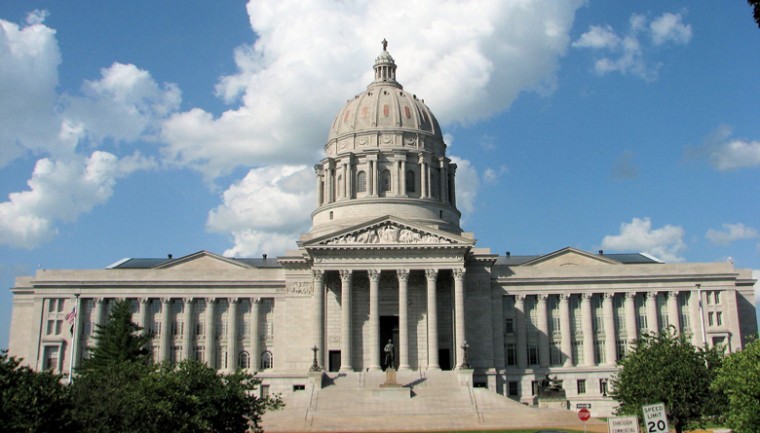 From kosher food certification to separation of church and state to a ballot initiative on photo identification for voting, the local Jewish community looks forward to a diverse agenda as the Missouri General Assembly resumes work in Jefferson City this month.

NCJW will be working in partnership with a variety of organizations to push for programs that might be in jeopardy because of budgetary concerns.

“We are always in communication with the Missouri Budget Project [a non-profit that advocates for low- and middle-income families] and lots of other organizations who watch the impact on the state budget from revenue shortfalls and what that means in terms of providing services and programs for our most vulnerable population,” she said.

The organization will also be looking at reproductive rights, long a cornerstone of NCJW.

“We will, of course, be working against bills that would restrict access to abortion,” Arnstein said.

Arnstein’s group is prepared to oppose an ongoing effort to require a photo ID for voting in Missouri as well. Proponents say the move, afoot in a number of places around the country, would decrease fraud at the polls while others contend it would merely make voting more difficult for groups such as the poor or the elderly.

NCJW isn’t the only group concerned about the effort. Gail Wechsler, director of domestic issues/social justice with the Jewish Community Relations Council, said the council has also voted to take a stand against the initiative. It currently has legislation working its way through the legislature and may appear on the November ballot as well.

JCRC is also expressing dismay at attempts to replace the income tax with a sales tax in Missouri.

Wechsler said JCRC will also be on the lookout for any attempts it feels might endanger separation of church and state including an effort launched last year to protect the freedom to pray in public places, including schools and other public property.

Last year’s joint resolution also prohibits the state from establishing an official religion and endorses a student’s right to “express their religious beliefs in assignments” as well as the right of governing bodies to open sessions with prayers from “ministers, clergy persons and other individuals.” Supporters say it protects basic religious freedoms while opponents contend it is redundant at best and may present a threat to separation.

“It really is not appropriate for the state to be funding or supporting efforts on public property to be promoting one religion or another,” Wechsler said.

Rep. Jill Schupp, D-Creve Coeur, said she thinks the idea probably does cross that line though she wants to read any exact language proposed this year before deciding how to deal with the measure.

The two-term Democrat said one big focus this spring for her will be to shepherd another issue with possible church/state implications through the General Assembly – a reform to Missouri’s laws regarding what constitutes kosher food. Intended as a consumer protection measure, the present statute is thought by some to invite potential lawsuits because it allows the government to determine who has religious authority in the community to designate food as kosher. Instead, the new measure focuses on disclosure by specifying that a kosher certifier must inform the consumer with a label or mark noting the entity which certified the product, a model that has seen success in other states.

The move was originally a pet project of former Rep. Jake Zimmerman but needed a new champion after the St. Louis County Democrat won the county assessor’s post.

“Last year, we got it really late in the year,” said Schupp, the Democrats’ Minority Caucus Policy Member and Engagement Leader. “I filed it with two signatures. This year, I already have ten so we’re trying to get support from both sides of the aisle for this and maybe that will help it move.”

Schupp said the language in the new bill is identical to Zimmerman’s previous effort and she has spoken with various leaders in the Jewish community about it to ensure that everyone is supportive.

Reached by the Jewish Light late last week, the Vaad Hoeir of St. Louis, which deals with kosher certification in the area, said the rabbi was out of town and could not comment on the initiative.

Schupp said that she will also be pushing for stronger home daycare regulations and will be keeping an eye on budget priorities as well, particularly potential changes to the formula for how cash is doled out to school districts.

Meanwhile, some organizations are taking on issues not normally associated with state legislative sessions.

“We’re focusing mainly on Iran,” said Nancy Lisker, regional director of the local American Jewish Committee (AJC). “AJC believes that the approach toward a nation like Iran needs to be multifaceted. Diplomatic and economic sanctions working in tandem have proven effective.”

Lisker said Iran is popping up on local radar screens because of a federal law that has recently given states a framework for exploring targeted divestment from the Middle Eastern nation. The country has drawn attention of late because of its rogue nuclear program, bombastic remarks against Israel as well as recent threats to close the Strait of Hormuz to oil traffic.

“AJC believes that the time has come for Missouri to do the same thing,” she said. “We will work and have already started to work with both sides of the aisle in Jefferson City towards this goal hopefully this session.”

Lisker said AJC would also be keeping a close eye on separation of church and state as well as Senate Bill 590 which would require schools to determine if enrolled students and their parents are in the country legally, a bill Schupp also mentioned as being of concern.