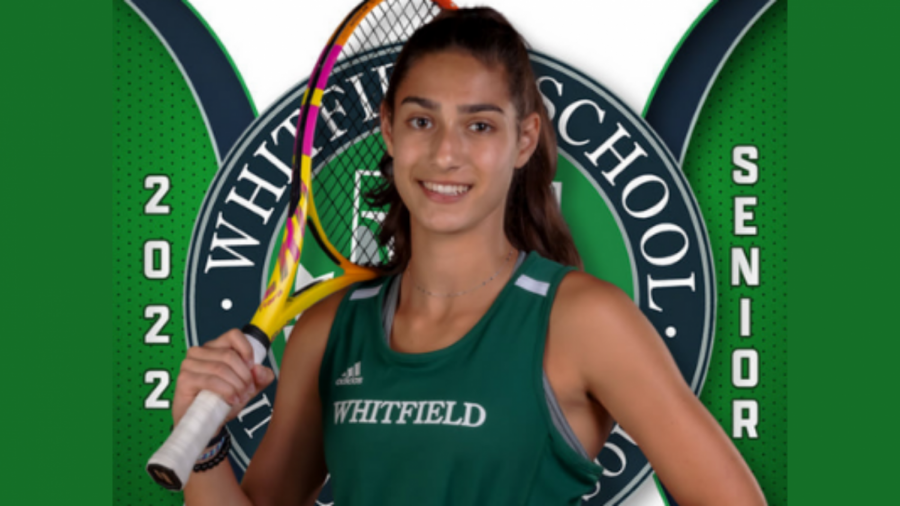 There’s nothing that can compare to the feeling of winning a state title as a high school athlete. Add to that, being the first one from your school to win in your sport, and you can only imagine what Ellior Rose is feeling right now.

Rose, a senior at Whitfield, and the daughter of Rabbi Carnie and Paulie Rose of B’nai Amoona, won the 2021-2022 Singles Class 1 Girls Tennis State Tournament, at the Cooper Tennis Complex in Springfield. It was the first state tennis championship in Whitfield history.

In her first match against Sophia Vestal, of Bolivar High School, Rose won both sets, 6-0, 6-0. She shut out her second opponent in the quarterfinals, 6-0, 6-0 as well. Rose would not lose a single game until the second set of her semifinal match against Aanya Singh of Clayton High School. Rose went on to defeat Singh 6-0, 6-3 to advance to the championship match.

In the finals, Rose won both sets 6-2,6-2 over Mary Beckemeier of Duchesne.

“Elli got bigger and stronger and worked really, really hard,” Whitfield coach Peter Demos told the St. Louis Post-Dispatch. “I would describe her as a very consistent player who also hits the ball hard. She has what I would call a professional serve and magnificent vollies.”

“I felt I came into the state tournament prepared,” Rose told the St. Louis Post-Dispatch. “I had focused on improving my entire game, speed, power and just overall knowledge. I wanted to showcase those things and I felt I did my best. It’s a huge honor to represent Whitfield and become the first tennis champion.”