Why we’re kvelling over: Tamar Sher 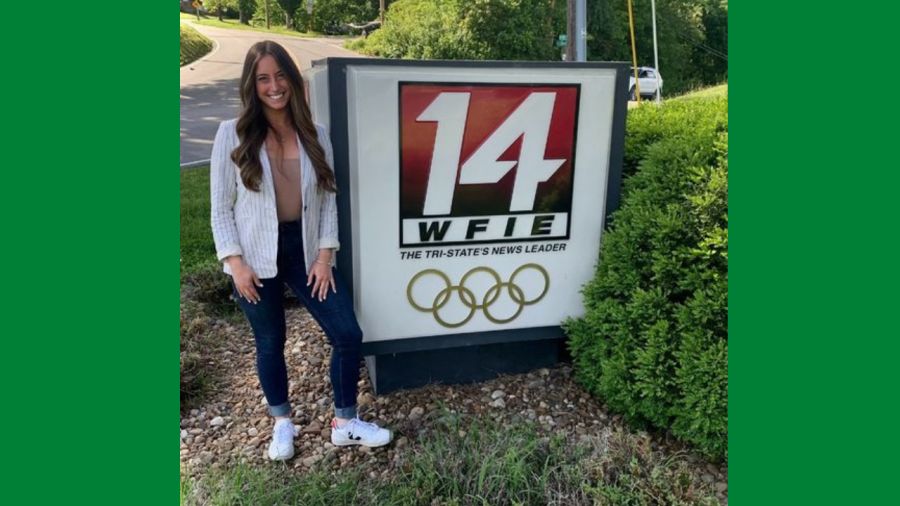 The literal definition of the Yiddish word Kvell is to “Feel or express pride, or to be extraordinarily pleased. Kvell is a verb, so it would be accurate to say to your friend, “I am sure that you were kvelling when you watched your son graduate yeshivah. We all could use more to kvell about, so starting today the Jewish Light would like to partner with everyone in the community to help us all Kvell the good things that are happening and will happen. Got a grandkid, son, daughter, cousin, niece, nephew doing something positive, well time to Kvell! If you have a Kvell to share, email me at [email protected]

Tamar Sher Lands First TV Job In Evansville
Landing that first real job is never easy, especially in the television news field, which is why we’re Kvelling for Tamar Sher. Sher, a 2017 graduate of Clayton High School and recent graduate from the University of Indiana, was just named as the new Sports/News Anchor and Reporter at 14 News (WFIE) in Evansville, IN.  Her parents Karen and Howard Sher are residents in Clayton.

14 News covers Evansville, Owensboro, and 21 surrounding counties in Indiana, Kentucky, and Illinois. During the days Monday-Friday, she will be reporting on both news and sports, and will be anchoring the 10pm sports segment. Sher will be part of a two person sports department, which will include a weekend sports anchor/reporter.

“I had a very smooth job search process,” said Sher. “IU recently gained a partnership with Gray television, which has greatly helped broadcast journalism students find work after graduating college. I was given the opportunity to meet with Gray executives and news directors around the country.”

During those Zoom meeting, Sher was the first student to ask a question and asked about the relocation process, as she was willing to move anywhere in the country.

“From that initial impression, I received a call from the WFIE news director a few days after the meeting and it all took off from there.”

Working in the sport field has been a lifelong goal for Sher. As a student at Clayton High School, she dedicated herself as yearbook editor-in-chief, along with work in advanced English courses. This influenced Sher to study journalism.

“Since high school, I have wanted to be a journalist,” said Sher. “But it wasn’t until I entered IU that I found my passion for sports television broadcasting. As soon as I stepped into The Media School at IU, I immediately got involved in the sports media extra curriculars.”

Sher started as a beat reporter for IU Student Television and a sideline reporter for Big Ten Network Student U, and eventually became the first woman to join The Hoosier Network — a student driven sports website. She soon found her passion in sports storytelling. Another notable accomplishment was her internship in the WISH-TV sports department in Indianapolis during the NCAA tournament hosted entirely in Indy. There she was able to cover the Pacers, Colts, Indy Car, IU, Purdue, Butler, and high school sports.

“My inspiration for getting into sports journalism was to get the opportunity to tell others stories and make a difference. In my career, I hope to make an impact on people’s lives with the stories I tell,” said Sher.

Congratulations to Tamar Sher and thanks for giving us a reason to Kvell!