Street art: ‘Seen by everyone, owned by no one’ 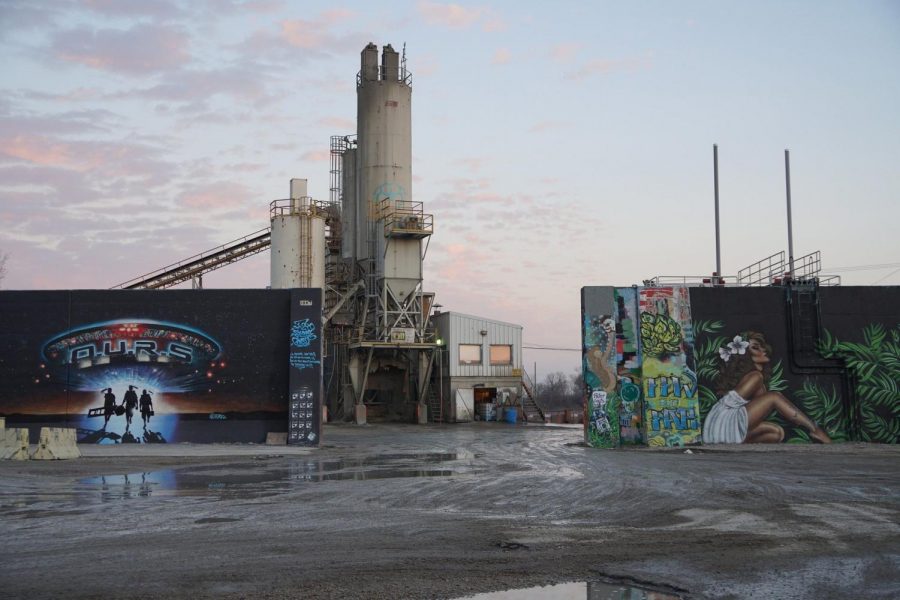 By Nancy Kranzberg , Special For The St. Louis Jewish Light

Paint Louis, an annual global community event, recently took place along the floodwalls of downtown St. Louis. It brought together graffiti and street artists from all over the world to paint, breakdance, and perform hip hop and rap. It also had great DJs.

I’ve been lucky enough to see the Wynwood Walls, which is the story of change through passion, art, and community created by Tony Goldman in Miami, Fla.’s Wynwood neighborhood. In just 10 years, the Wynwood Walls has grown into a phenomenon in its own right, known as a milestone in artists’ careers, with an ability to catapult unknowns and veterans alike. Under the leadership of CEO Jessica Goldman Srebnick, the Wynwood Walls has become one of the highest-profile street art destinations in the world, welcoming over three million visitors annually.

So what is this all about and what is the history and meaning of street art?  According to a combination of several definitions and sources, street art has emerged from urban spaces and now lives in the cultural spaces of virtual communities, galleries, public spaces, and public discourses. It has become an object of appropriation by pop culture and the mainstream symbolism of the contemporary art scene worldwide. The Oxford Dictionary defines street art as “artwork that is created in a public space, typically without official permission.”

A central aspect of street art is its ephemerality. An unsanctioned public work runs the risk of being removed over by authorities or other artists. No one can see or buy it. In many instances, street art can be viewed as a tool for promoting an artist’s personal agenda concerning social issues.

Street art often is found often on bridges, buildings, sidewalks, walls, doors, and the like, to be seen by a wide swath of the population.

The lines between street art, fine art, and collectible art begin to get very fuzzy. Bansky, the pseudonymous English-based street artist, political activist and film director whose real name and identity remain unconfirmed says, “Street Art is supposed to be the ultimate in democratized art: seen by everyone, owned by no one.” This hasn’t stopped celebrities including Justin Bieber, Serena Williams, and Angelina Jolie from having acquired the elusive artist’s work.

An artist of the 1980s, the late Jean-Michel Basquiat exemplifies this whole confusing mix of where street art ends and leaps into the galleries and museums. Basquiat first achieved fame as part of SAMO, a graffiti duo who wrote enigmatic epigrams in the cultural hotbed of the Lower East Side of Manhattan during the late 1970s, where rap, punk, and street art coalesced into early hip-hop music culture.

By the early 1980s, his paintings were exhibited in galleries and museums internationally.

Basquiat’s art focused on dichotomies such as wealth versus poverty, integration versus segregation, and inner versus outer experience. He appropriated poetry, drawing and painting, and married text and image, abstraction, figuration, and historical information mixed with contemporary critique. He used social commentary in his paintings as a tool for introspection and for identifying with his experiences in the Black community of his time, as well as attacks on power structures and systems of racism. His visual poetics were acutely political and direct in their criticism of colonialism and support for class struggle.

Anne Pasternak, director of the Brooklyn Museum says, “The Brooklyn Museum is proud to present the first museum exhibition in New York devoted to the career of artist KAWS (Brian Donnelly), a longtime resident of Brooklyn. Renowned for his exuberant and meticulously crafted paintings and sculptures in vibrant, eye-popping colors. KAW’s work bridges the worlds of art and popular culture in ways no other artist since Andy Warhol has achieved.”

KAWS started out as a graffiti writer in Jersey City. The streets were his studio and exhibition space as they are with ambitious public sculptures and an augmented reality app. His works have been seen from the Macy’s Thanksgiving Day Parade to Mt. Fuji, and soon Rockefeller Center.

KAWS is always pushing ideas of who has access to art. His practice of producing art in different media and across a variety of distribution platforms demonstrates this commitment to accessibility.  He makes inexpensive yet high-quality “collectibles” for thousands of devotees to acquire. He explores new media to reach more people, including an augmented reality app with Accute Art so that people can virtually place his artwork in their surroundings through their smartphones.”

There are street art tours all over the world. I went on one in Israel as well as in Colombia, and even though I’m in my 70s my world is getting wider. I’m beginning to be more and more aware of the street art vibe in fashion and in hip new spaces such as Sophie’s Artist Lounge in Grand Center.

You don’t have to travel far to be involved in and get a sense of what our contemporary art world has to say both in and off the streets.